Ferrari is marking half a century of activity in the Land of the Rising Sun with the J50, a limited series of bespoke cars.

Based on the 488 Spider, the J50 is a two-seater, mid-rear-engined roadster that uses the targa body style as an homage to Ferrari road cars of the 1970s and 1980s. Built by Ferrari's Special Projects department and designed by the Ferrari Styling Center in Maranello, the J50 looks very different to the car it's based on. Sporting a unique shade of three-layer red, the J50 has a futuristic design with some retro cues such as the "helmet visor" effect that reminds of Ferrari's open competition barchettas, and the black dividing line that has been used in the past on models such as the GTO, F40, and F50.

The sharp front end is dominated by thin LED headlights, while the rear boasts a quad taillight design that serves to widen the car visually — as does the spoiler. The rear diffuser's extractor shape is inspired by jet engine afterburners, with the car also featuring 20-inch forged rims crafted specifically for the J50. Inside, the J50 gets a red-over-black interior combining fine leather and Alcantara, with the trim on the sports seats echoing the design of the rear bonnet contour. Obviously, each of the ten cars will be tailored specifically to the customer's requirements. For convenience reasons, the carbon-fiber hard targa top is divided into two pieces which can stow behind the seats when the owner is in the mood for open-air driving. 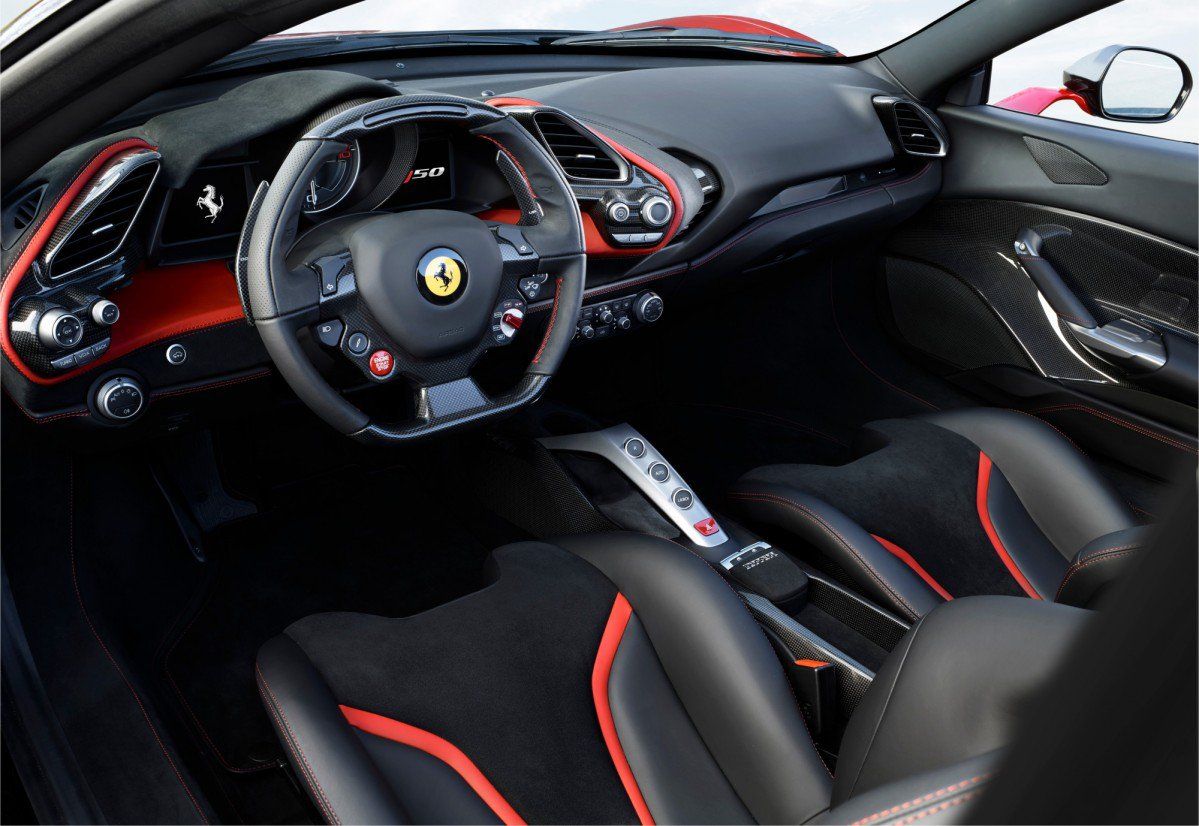