It took a while to see these three giants in action against each other but it eventually happened. So there it is, the comparison we’ve been waiting for: new Audi A8 meets facelifted Mercedes-Benz S-Class and BMW 7 Series.

We’ll refrain from making any comments on how these luxury sedans look because we firmly believe that beauty is in the eye of the beholder. The same goes for interior design, which is also a matter of taste and a rather polarizing topic among the fan bases of these brands.

Price, however, is one way of looking at these two, and that’s exactly what carwow’s Mat Watson does from the off. Keep in mind these are UK-spec models and prices may vary depending on area.

Anyway, on the UK market, the BMW 7 Series starts at £62,100, the Audi A8 price list kicks off at £69,000, and the Mercedes-Benz S-Class can be had for at least £73,000. Of course, each is kitted differently, therefore the visible pricing differences: the entry-level 7 Series relies on a four-cylinder engine while the base-spec A8, for example, works with a six-cylinder engine.

As you’d imagine, getting these cars side by side and churning out a proper comparison between them asks for minute work and a lot of ground to cover, so let’s end the chatter here and let the video below provide the details. 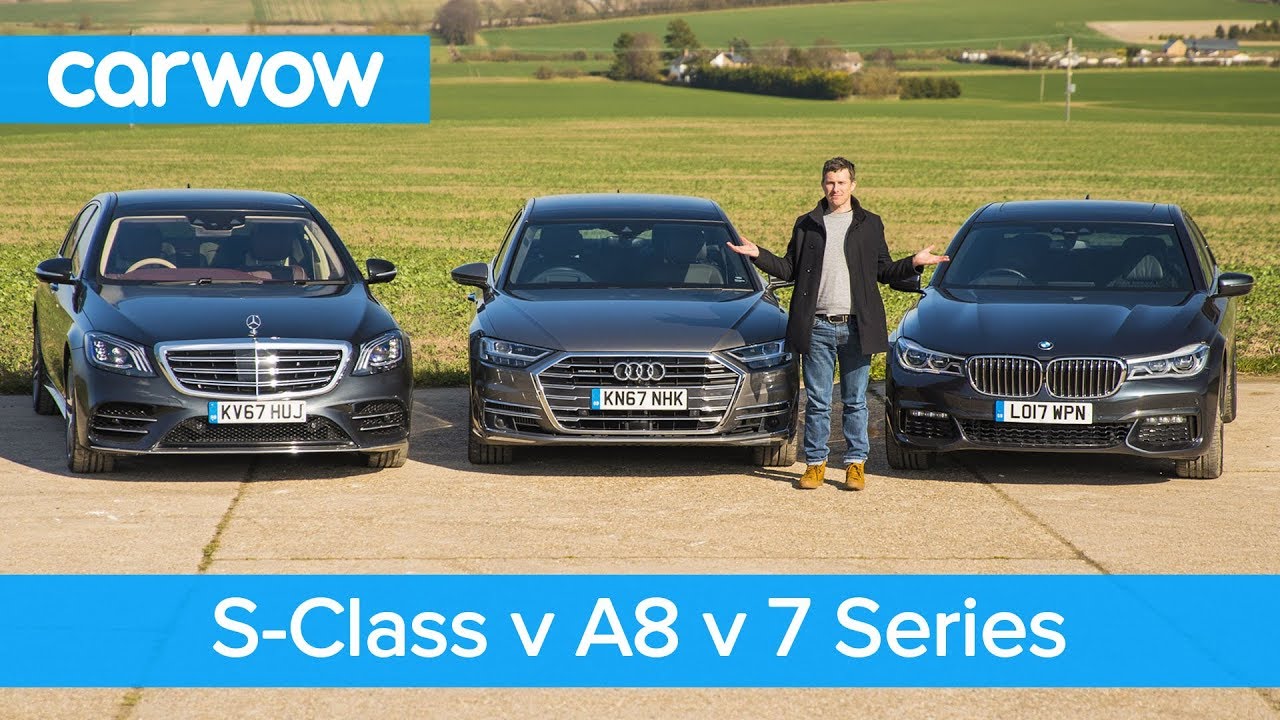