Flying Cars: What Are Our Options So Far?

Is the sky our way out of traffic-clogged cities?

Uber, Airbus, AeroMobil, Terrafugia, Volocopter and maybe with a pinch of salt Toyota are the names to keep an eye on for future airborne vehicles as congested cities keep on getting a firm chokehold on traffic around today's megalopoli.

Scan any press release written and published in the last couple of years, and you'll find the word mobility springing up like mushrooms after the rain.

Mobility in 2017 has a step brother we know by the name of autonomous driving, but so far, it has only been poking the water for cars, courtesy of carmakers like Tesla, Google's Waymo branch, Audi, Volvo, and BMW, just to name a few.

But while Elon Musk thinks the way to less strangled city streets lies in underground motorways that would take in the excess cars - and Hyperloop, of course, more and more entrepreneurs of various stature imagined the future of transportation swarming above our heads.

Excited as you might be at the thought of The Jetsons or The Fifth Element coming on a flight path above you, such a breakthrough will engorge tremendous R&D resources, thus time and money.

"Mark my words: a combination airplane and motorcar is coming. You may smile, but it will come."

Henry Ford should have known best as his idea of a flying car - called the Sky Flivver, coupled with the bold statement above brought a brouhaha of mockery back in 1940, but paved the way for the Blue Oval's 1959 Levacar concept and other creative ads focused on flying cars.

Fast forward 80 years and we stumble upon a whole new environment. One where airplane builder Airbus sets foot on through the Skyways, Vahana and CityAirbus projects.

Developed by A^3 (a subsidiary of Airbus Group), Vahana aims to be a "self-piloted flying vehicle platform for individual passenger and cargo transport."

The stakes are high here, as we're probably looking at the most ambitious program under Airbus' belt. Skyways, on the other hand, touches the last-mile delivery sector, where drones are supposed to follow an automated route aka pre-defined "air corridor" from point A to point B, automatically land and unload the cargo on a designated pad.

CityAirbus takes the Skyways concept and wraps in into a multi-propeller helicopterish aerial vehicle featuring the design of a basic drone. Airbus plans the first prototypes to be man-operated but intends to make the switch to self-flying tech once regulations allow this step.

Based in Germany, Volocopter beat Airbus to the punch with the VC200: a giant drone kept it check during landing, take-off and rough weather conditions such as turbulences by over 100 microprocessors that control its 18 rotors.

According to Volocopter, it too can carry out autonomous air tasks ranging from mass transport, shuttle services or air taxi to point to point heavy loads cargo hauling and even maintenance and farming jobs.

The VC200 range is split between manned (VC100, VC200, VC400) and unmanned versions (uVC100, uVC200, uVC400) and Volocopter says it can provide either electric or hybrid propulsion, depending on the client's requirements.

Last year in October, Uber came forward with a 98-page document detailing its idea of a VTOL aircraft (Vertical Take-Off and Landing), the shortcomings and advantages of such a contraption, pricing projections and estimates yet even more important, a deadline: 2026.

That's the date Uber thinks the flying cars spawned by Project Elevate would populate the city skies and skylines, but it's also a provisory finish line that allows other contenders looking to secure a slice of this virgin territory to calibrate their efforts and work within a timeline. The pitch also mentions electric propulsion and a focus on inter-city commutes. Furthermore, Uber does not intend to build its own VTOLs, but rather find a helping hand in other companies and the government.

Another VTOL to make it onto the list goes by the name of TF-X. Unlike the propositions above, it actually looks like a flying car that can take off and land on a vertical axis from a level clearing of minimum 100 ft (30 m) in diameter.

Interestingly, Terrafugia claims the TF-X's price will play in the same league as today's high-end cars, but doesn't give any pinpoint examples of such vehicles. However, if we keep in mind that the TF-X is touted to offer a 500-mile (800 km) range and a cruise speed of 200 mph (320 km/h), we could be talking about a price range found in Rolls-Royce turf. 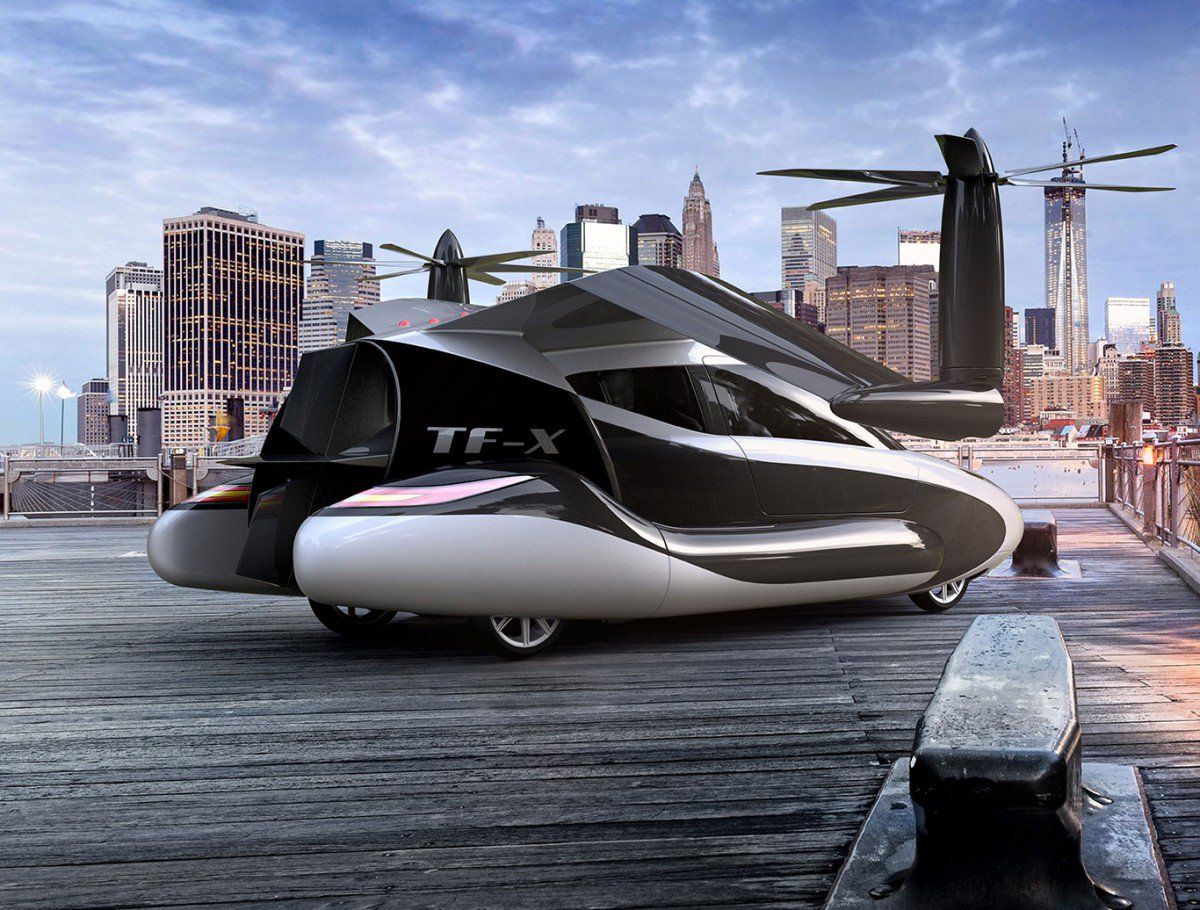 Speaking of cars, the TF-X can be seen as a transition link or an as such hybrid between a car and a plane, since it will still be able to travel on public roads and highways. As a result, with the driver can become a pilot whenever the traffic flow stops to a halt, relying on a pair of Rotax 912iS engines.

Currently perfecting the third iteration of their flying call  - suggestively named AeroMobil 3.0, the Slokavian company shows that you don't necessarily have to be a filthy-rich corporation to dream big.

AeroMobil 1.0 came to light in 1990 in the form of sketches, and it needed 14 years to mature and fit into a standard parking space and legally roll on public roads. 3.0, on the other hand, can take off and land using any type of airport strip while in plane mode, but the job also gets done on a grass strip/paved surface, provided it's a couple of hundred meters long.

What should we start with? Let's try with "are we ready for flying cars?"

Well, to answer that question we need to point our sight to Tesla and their much-questioned Autopilot feature, which the NTSHA recently ruled out as the cause of Joshua Brown's Model S Florida crash.

At this point, the human factor is showing weak signs of readiness for such technologies on the road, let alone in the sky. But that's only the first chapter in a long story.

By human factor, we also mean those in charge of issuing proper regulations that would permit such companies to put their products on the market, if there will ever be one.

Before VTOLs can legally fly in every country around the world, they should go through a certification process. Who will dictate that? Who will then regulate their activity? Even more, who will oversee the traffic control duties?

What about safety? A drained battery pack can send an urban-bound flying vehicle down in no time, with more collateral damage than a car swerving out of control. Affordability? Not to mention pilot training and emissions. These are all questions that must not remain unanswered if we are to get the flimsiest taste of what flying cars can do for us.