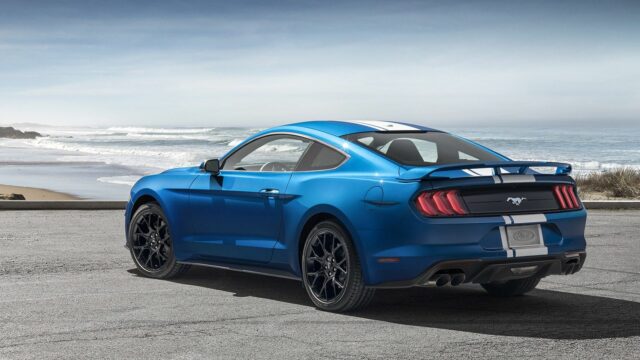 Its emotional impact was enhanced using “our ancestral DNA”

Ford wants Mustang buyers to know that the sound each version of the car makes was specifically engineered to stir up emotions. It also wants to announce that its new active exhaust will be available on the 2019 Mustang EcoBoost as of this summer.

We already know about how and why the Blue Oval introduced the “good neighbor mode” but sits at the opposite end of the acoustic engineering scale. Essentially, the three available flavors of Mustang all have their own unique sound signature which is designed to trigger what is known as autonomic response.

That’s the adrenaline rush you feel when startled by a “loud and powerful sounds, like the roar of a lion or the crash of a tree. Over time, this fight-or-flight response to avoid danger was passed along in our DNA and hardwired into our minds and bodies.”

Hani Ayesh, Ford exhaust development engineer, explains they “work to identify that signature sound DNA that connects drivers to the emotional expectation they have for a specific car.”

In the Mustang, engineers used computer-controlled valves in the exhaust “much like a saxophone or a large pipe organ – to change the sound of the car based on the mood of the driver.”

CHECK OUT: Our own road test reviews of the Mustang EcoBoost fastback, GT convertible and GT fastback facelift