The all-electric Mustang is here

For the first time in 55 years, Ford is expanding the Mustang family, bringing the famous pony into the electric age with Mustang Mach-E, an all-new, all-electric SUV.

“At the first-ever Detroit auto show, Henry Ford said he was working on something that would strike like forked lightning,” said Bill Ford, executive chairman, Ford Motor Company. “That was the Model-T. Today, the Ford Motor Company is proud to unveil a car that strikes like forked lightning all over again. The all-new, all-electric, Mustang Mach-E. It’s fast. It’s fun. It’s freedom. For a new generation of Mustang owners”. 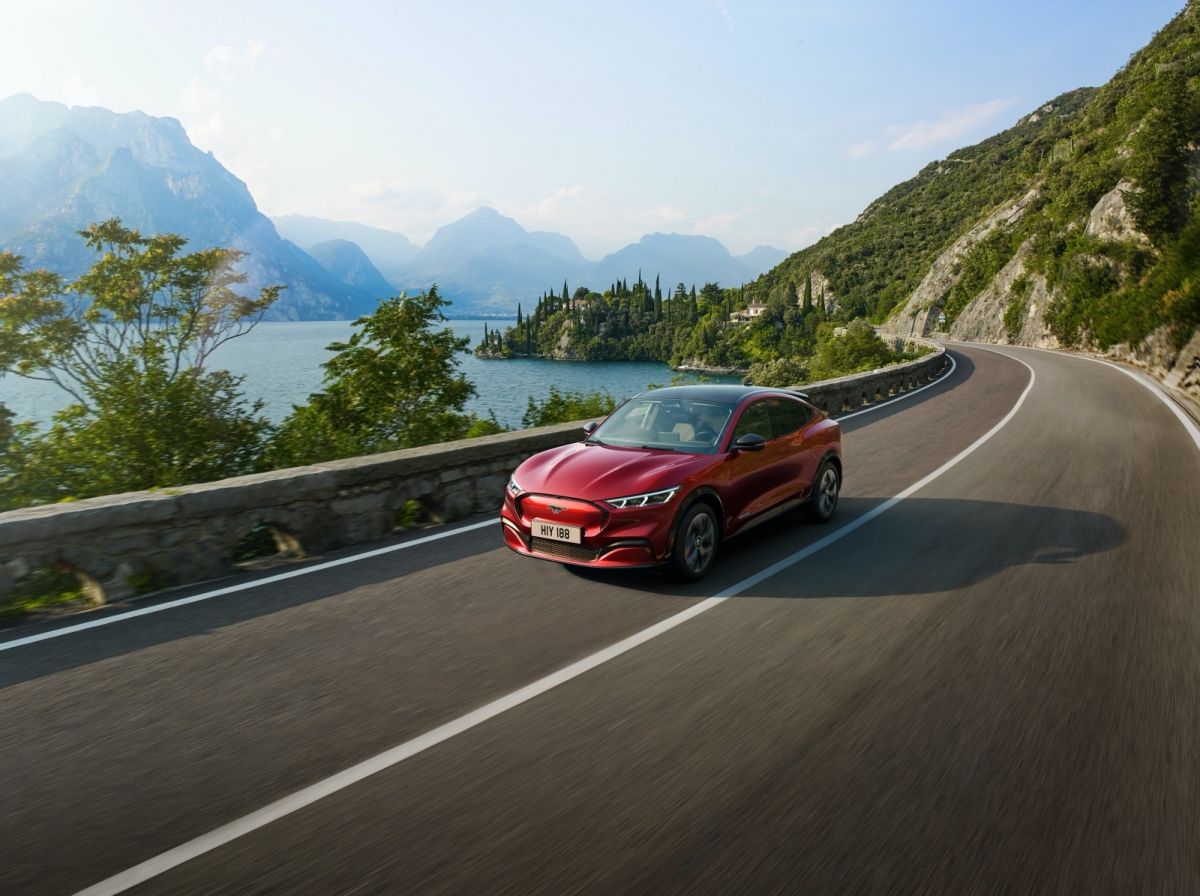 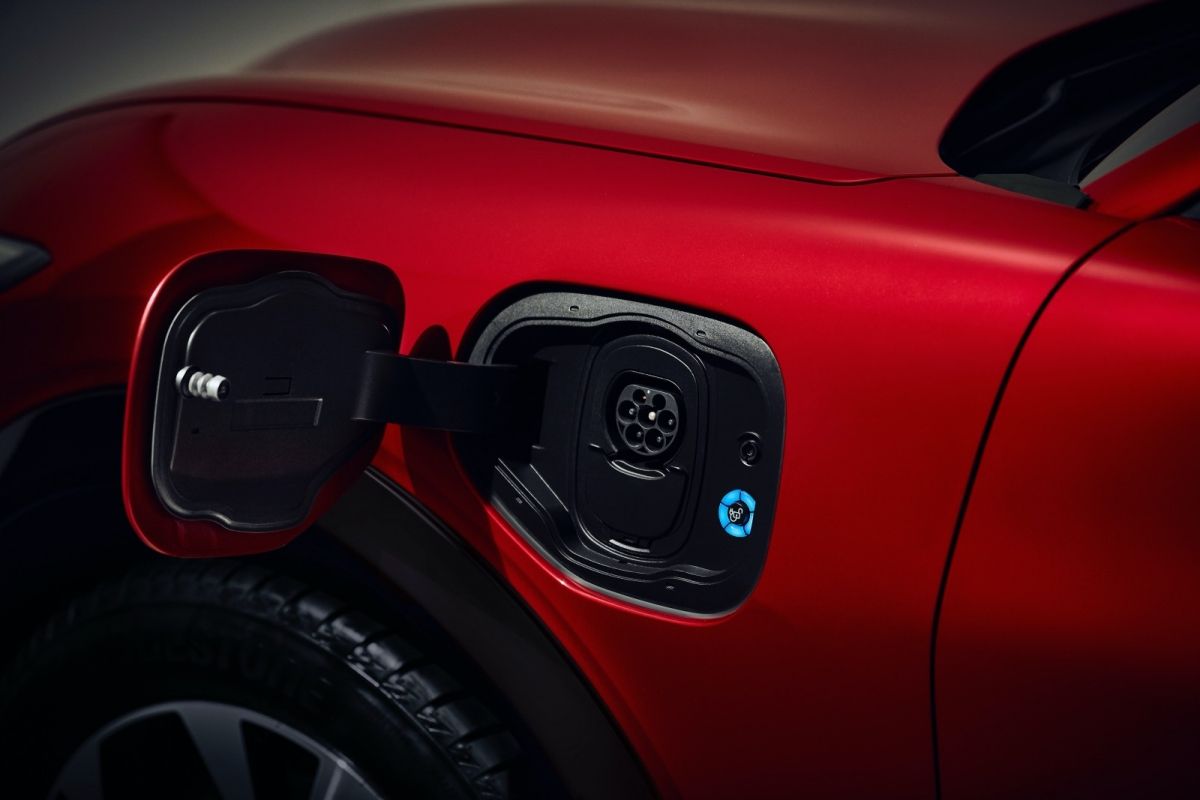 “The Mustang Mach-E is one of the most exciting vehicles Ford has ever introduced,” said Stuart Rowley, president, Ford of Europe. “This purpose-built all-electric vehicle is unique, but still unmistakably a Mustang, and it’s coming at exactly the right time for customers in Europe.” 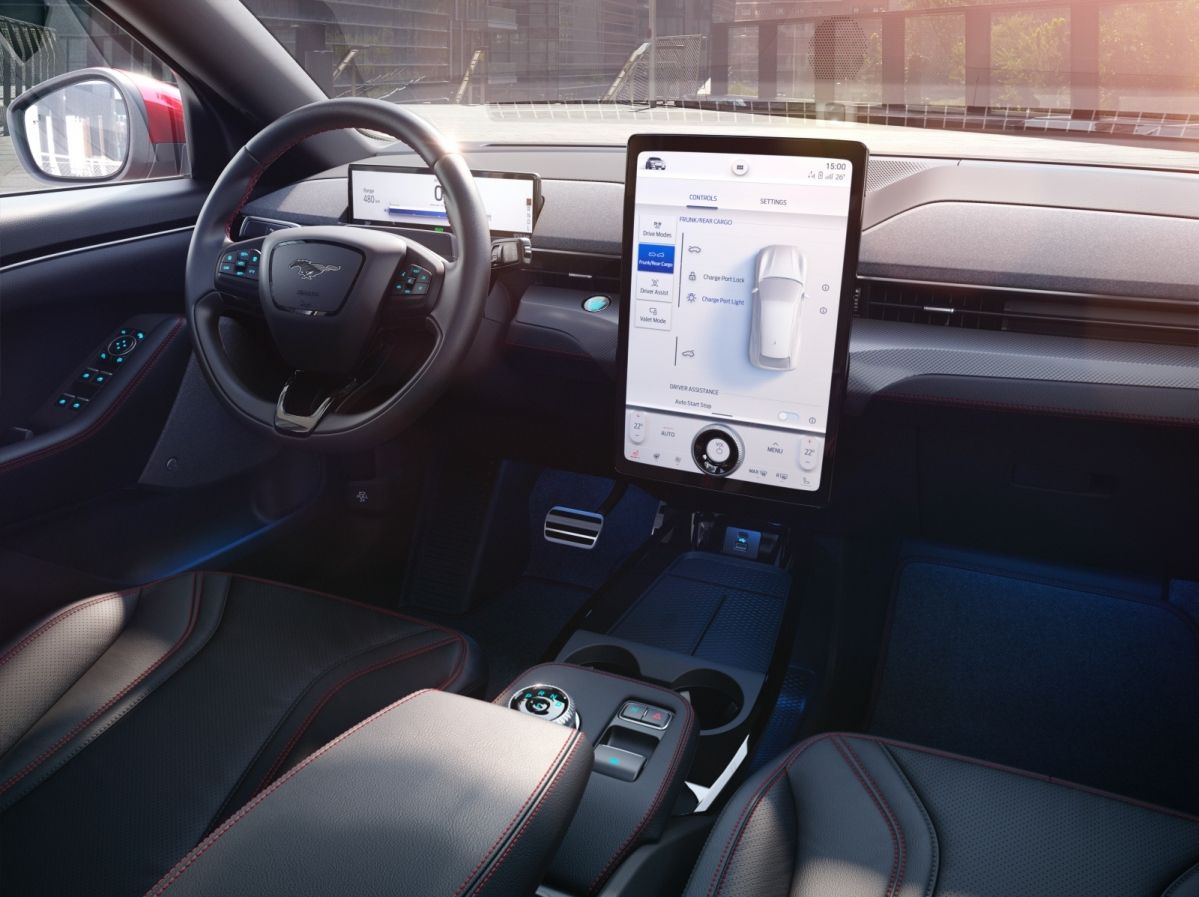 When the vehicle launches, a new Mach-E 4 all-wheel drive system applies torque independently to the front and rear axles to deliver impressive acceleration and improved handling over the rear-wheel drive model. Featuring cloud-based connectivity and conversational voice recognition, the next-generation SYNC system brings twice the computing power of SYNC 3 to help make navigation, music and connecting a smartphone to the vehicle faster and easier. 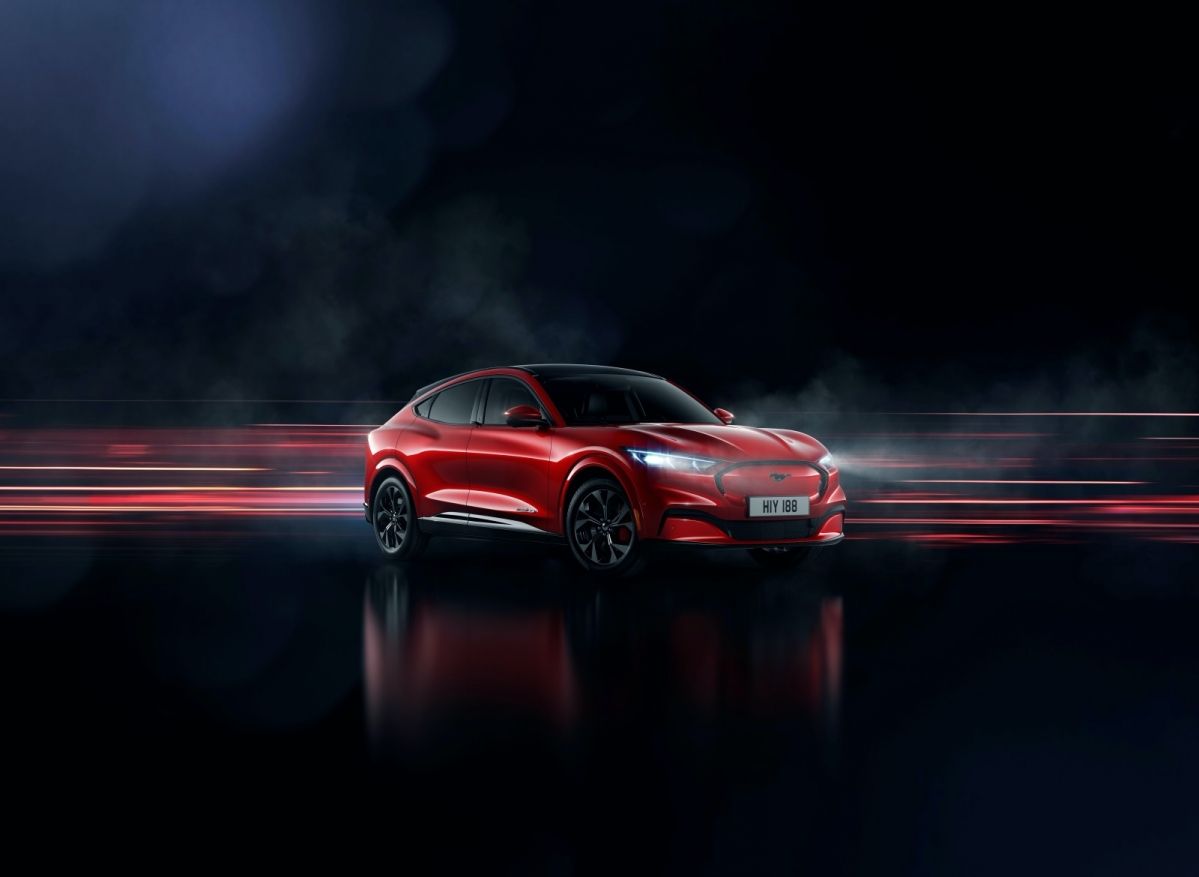 Using Ford’s new all-electric architecture that places batteries inside the underbody, Ford engineers and designers were able to create a vehicle that’s not only true to Mustang but also maximises SUV space for five passengers and luggage.

The Mustang Mach-E is instantly recognisable as a Mustang, says Ford, thanks to signature elements such as its long, powerful hood, rear-haunch design, aggressive headlights and trademark tri-bar taillamps. 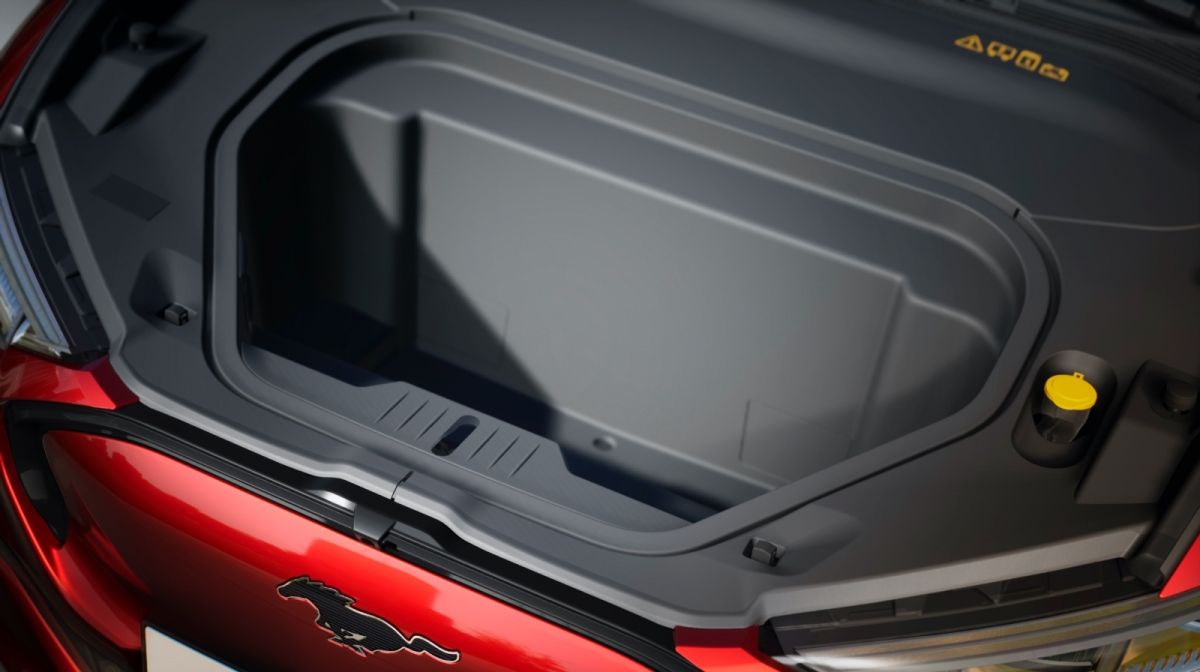 The Mustang Mach-E holds another surprise under its hood: a drainable front trunk storage unit. Providing 100 litres of storage space, the front trunk is large enough to store the equivalent of a carry-on luggage bag. And because it’s drainable, it’s a convenient space to store wet or muddy sports clothing, hiking boots or beach gear after an adventure.

In addition to the exterior front trunk, the rear trunk offers 402 litres of space. With the rear seats down, the Mustang Mach-E boasts 1,420 litres of space – more than enough room for luggage, camping gear or whatever else you may want to move around. 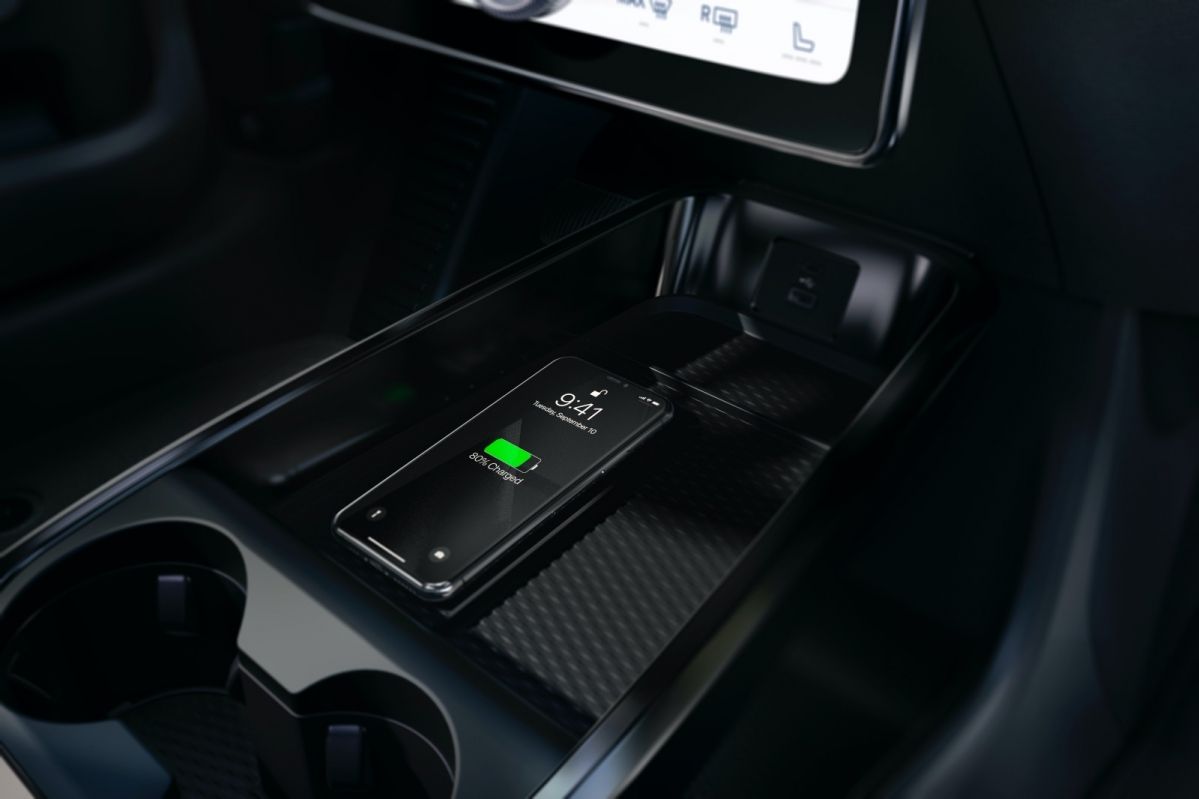 Finally, getting in and starting the vehicle is easy with ‘Phone As A Key’ technology, 4 which makes its debut in the Ford brand line-up in Mustang Mach-E. Using Bluetooth, the vehicle can detect customers’ smartphones as they approach, unlocking the Mustang Mach-E and allowing them to start driving without getting their phones out of their pockets or using a key fob. A backup code can be entered into a keypad on the B-pillar to unlock the vehicle, and a separate code into the centre touchscreen to start and drive the vehicle, in the event a phone battery dies. 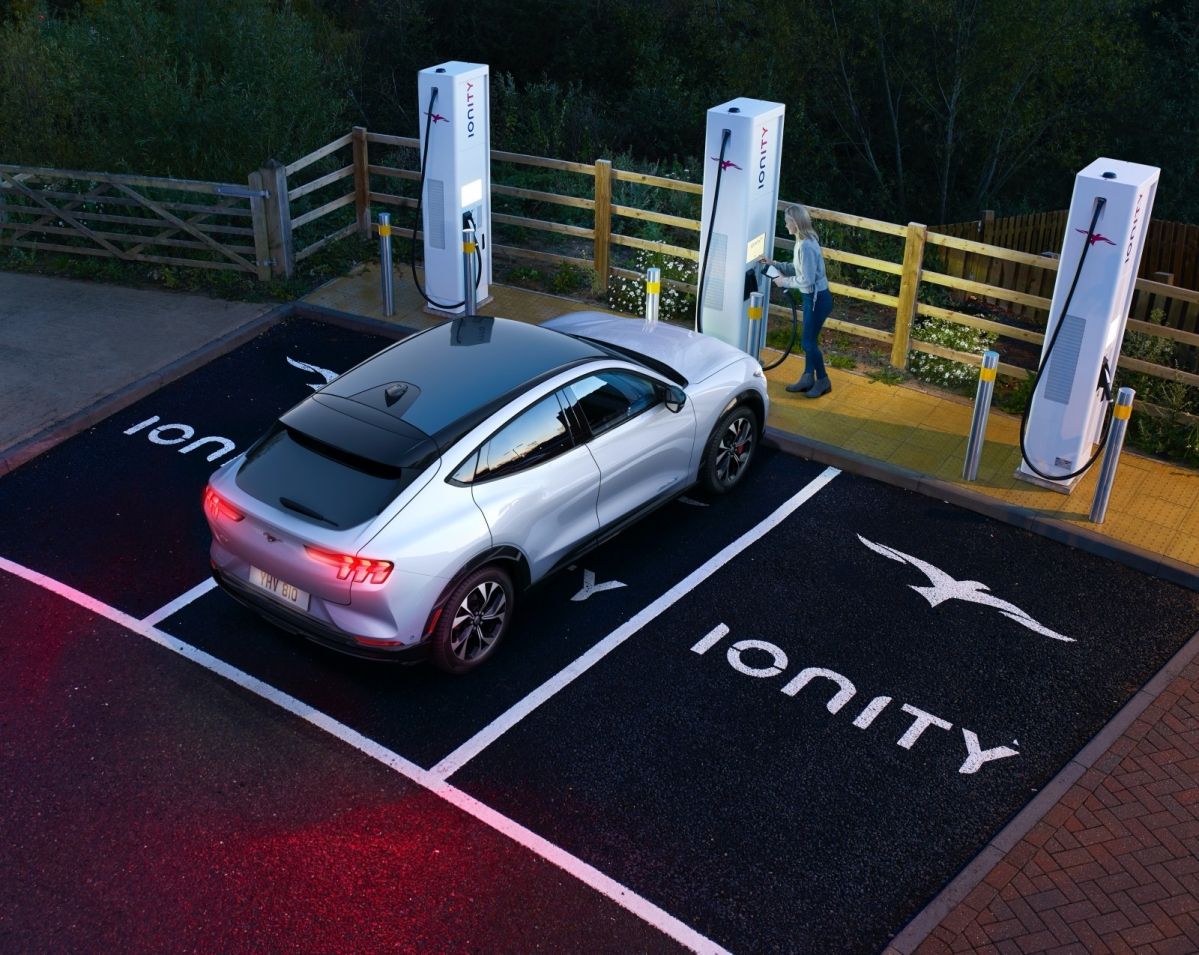 Mustang Mach-E will be available in both standard-range (75.7 kWh lithium-ion battery) and extended-range (98.8 kWh battery), which has a targeted WLTP driving range of up to 600 km (more than 370 miles) in rear-wheel drive configuration. The battery uses an advanced active liquid heating and cooling system to regulate temperatures for optimised performance in extreme weather and to improve charging times. With peak charging power of 150 kW, the Mustang Mach-E with an extended-range battery and rear-wheel drive can add driving range of up to 93 km (57 miles) within 10 minutes of charge time on a DC fast-charging station. The standard-range Mustang Mach‑E is estimated to charge from 10 per cent to 80 per cent in approximately 38 minutes while charging on a DC fast-charging station.