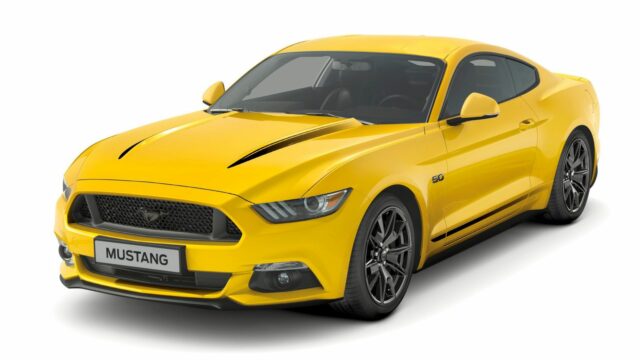 Dubbed Black Shadow and Blue, they bring both styling and equipment updates

Ford sold almost 23,000 Mustangs in Europe since the pony car’s launch in summer 2015 and that's a good enough reason to celebrate.

It comes with four body colors (Platinum White, Triple Yellow, Race Red and Grabber Blue) and sports unique accents such as the black Pony emblem for the GT grille, black 5.0-liter badges on the front fenders, as well as dissolve-effect black stripes.

Equipment-wise, the Black Shadow Edition is generously appointed with parking sensors, heated and cooled front seats, a premium ShakerPro audio system with 12-speakers and an 8-inch boot-mounted subwoofer, as well as a black leather interior with instrument panel stitching and matching door inserts.

Standard features include Ford's SYNC 3 communications and entertainment system with an 8-inch touchscreen, navigation, and a premium audio system. The Blue Edition Mustang is available with both engines offered in Europe: the 317 PS 2.3-liter EcoBoost four-cylinder and the 421 PS 5.0-liter V8.