Fully-autonomous VW I.D. VIZZION is the flagship of the brand's EV family

VW has lifted the veils off its I.D. VIZZION concept during the traditional Volkswagen Group Night event on the eve of the Geneva Motor Show. The fourth member of the I.D. family is also the most sophisticated, as it previews a "premium class saloon" that can drive autonomously and is operated by voice and gesture control. It's also endowed with artificial intelligence, which means it will be capable of learning. Based on the company's All-New Electric Architecture, the I.D. VIZZION features two electric motors with a system power of 225 kW (306 hp), which source electricity from a high-voltage battery with a capacity of 111 kWh. The unit in front is a 75 kW coaxial drive, while the one in the rear is a compact 150 kW unit. The motors drive their respective axles directly, giving the I.D. VIZZION all-wheel-drive capability. 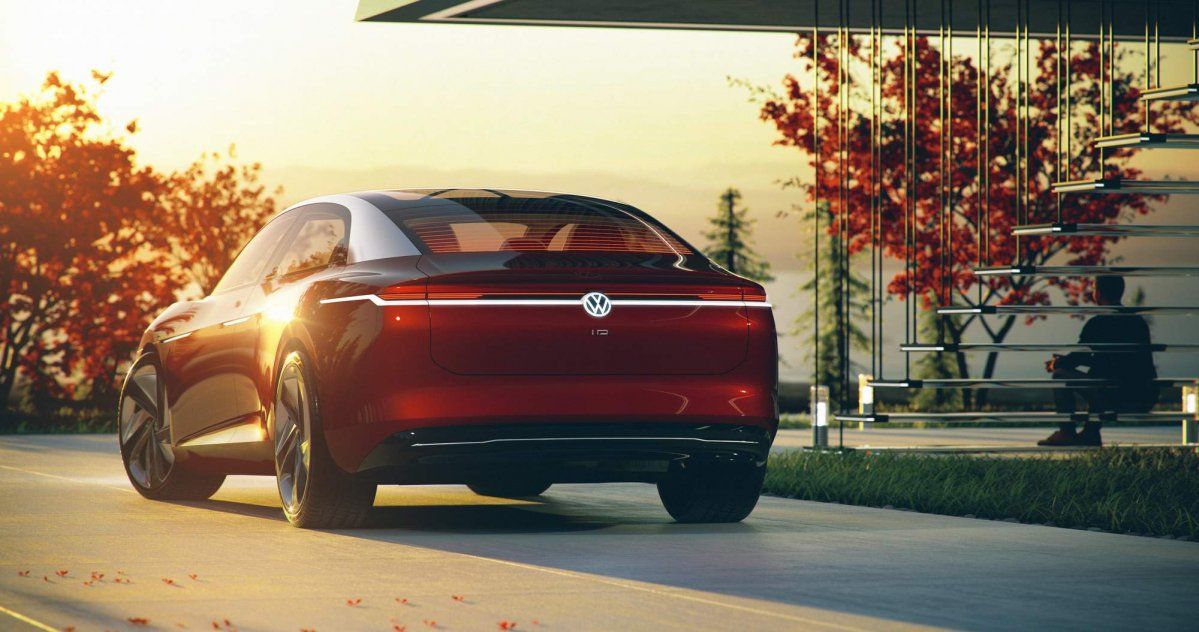 The concept is 5,163-mm long, 1,947-mm wide, and 1,506-mm high, with a generous 3,100-mm wheelbase. These dimensions give the car striking proportions and "refined aerodynamics." The short front and rear overhangs contrast with the extremely long wheelbase and coupé-like roof section, with VW saying the cabin offers more space than today's premium class models — even though the I.D. VIZZION is a strict four-seater. The boot volume is 565 liters. 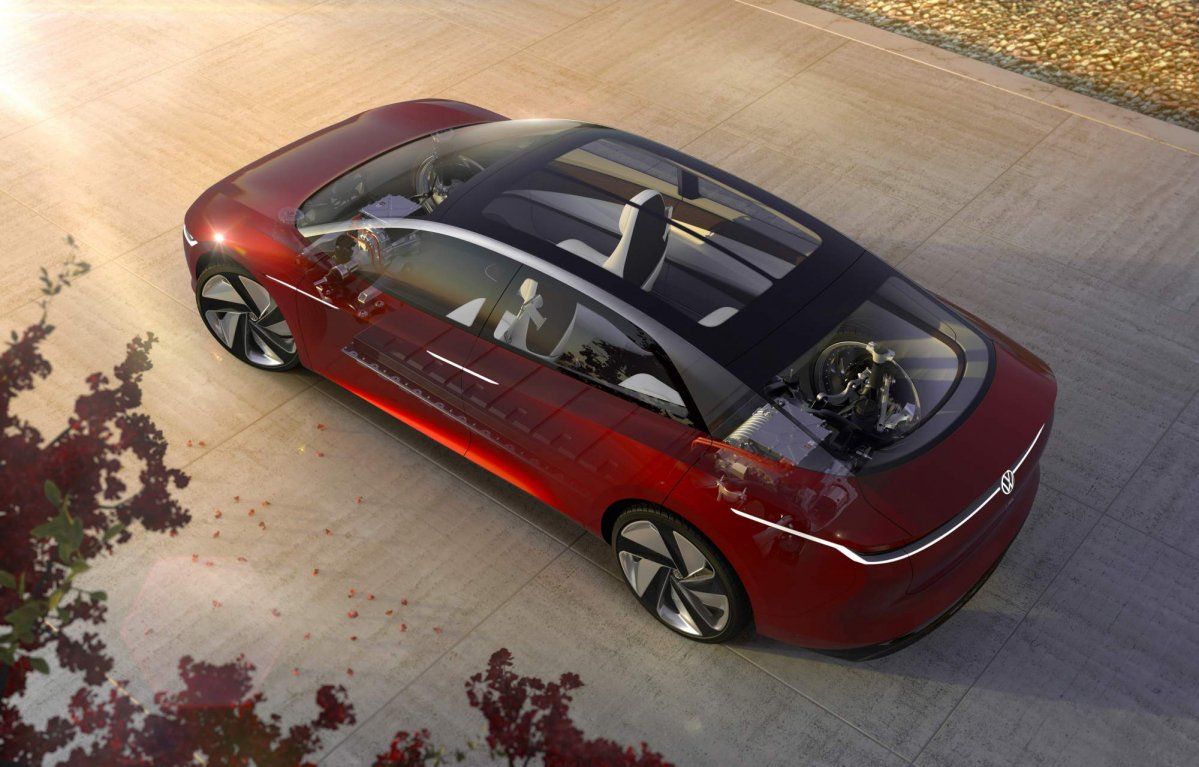 The I.D. VIZZION has a fluid shape, with design highlights including the low central part of the bonnet, suicide doors, bulged wings, 24-inch aero wheels, the rear windscreen which acts both as a third brake light and huge OLED display, and the HD Matrix headlights. Those can project symbols and displays in front of the car — for example, "zebra stripes" of a pedestrian crossing. 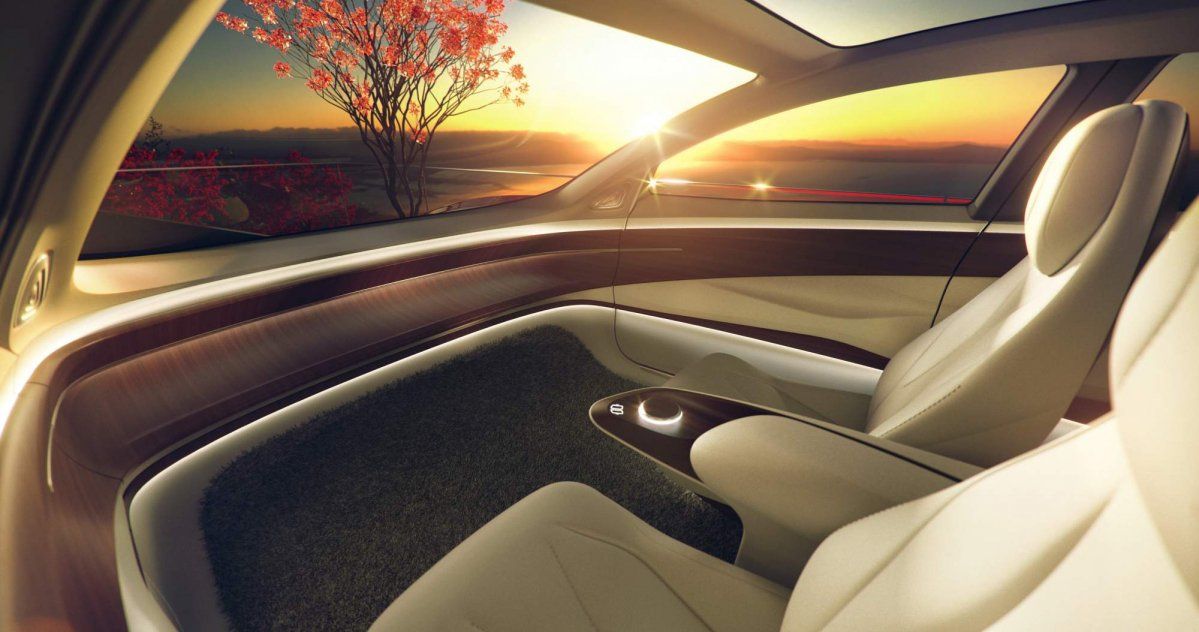 VW describes the interior as an "open space," as the cabin is fluid and airy thanks to the large windows and continuous panoramic sunroof. The "dashboard" has a monolithic design because there's no steering wheel or cockpit, as the car is Level 5 autonomous. As a result, the interior is laid out like a lounge and not as a driver-focused space. Materials used inside include vegetable-tanned leather and natural, untreated woods from sustainable cultivation. 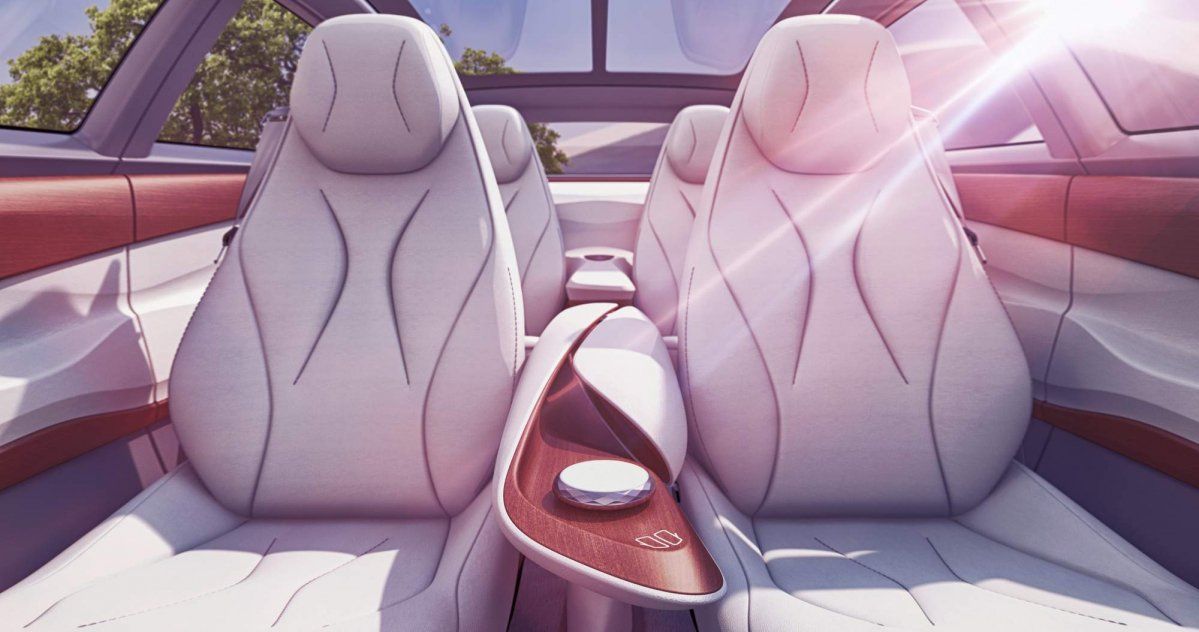 Passengers interact with the car virtually via augmented reality (AR). The car's communications technology is a virtual assistant capable of learning and responding empathically. The car recognizes its occupants by biometric facial recognition or electronic device, such as a smartphone. After that happens, the car activates the user's preferred settings, including seat adjustment, climate control, lighting, infotainment and so on. 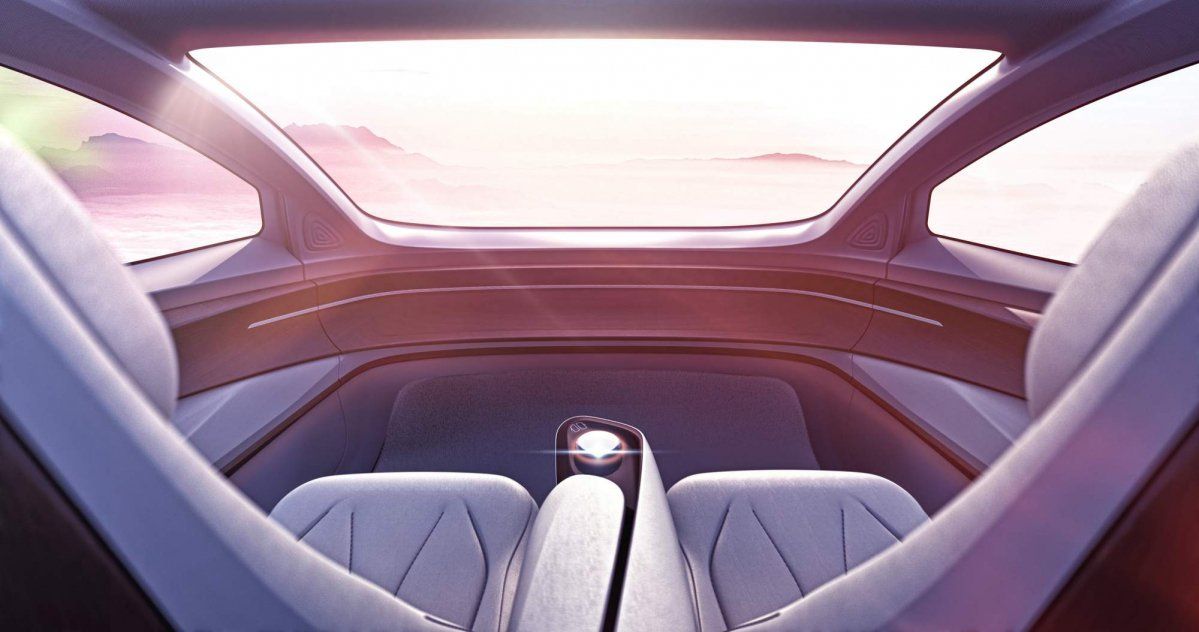 VW says a production model inspired by the I.D. VIZZION will arrive in 2022 at the latest.