G-Power presented its newest creation, a very dark (gray) BMW M6 Convertible. And the color here should be a hint towards the car's dark intentions.

G-Power says it's one of the fastest convertibles out there because it's capable of reaching as much as 330 km/h (205 mph). We reckon this figure is impressive, but we also understand that it's just a figure that sells, for some. 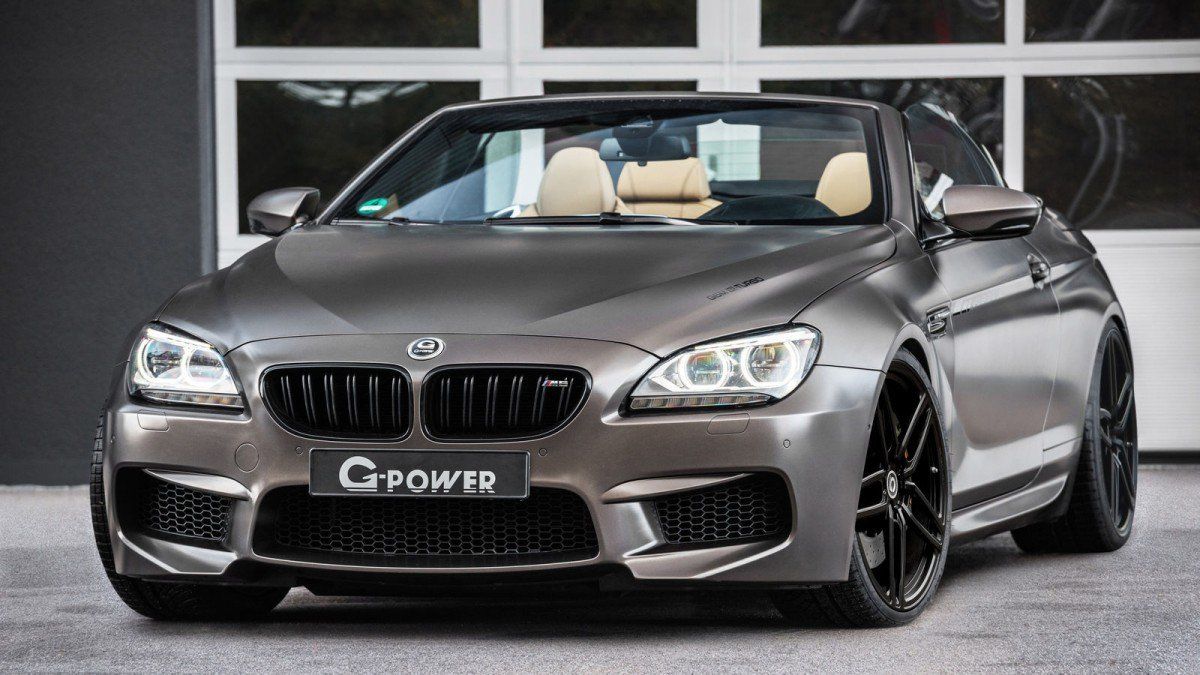 The power upgrade was possible only by modifying the turbocharger units and remapping the ECU (Engine Control Unit). G-Power also threw in a titanium exhaust system, height-adjustable coilovers, and a set of Hurricane RR 21-inch wheels.