Something tells us ABT won't stop here with the power upgrades

ABT Sportsline showed last month its first tuning project based on the latest Audi RS4 Avant, and it was a cool yet somewhat understated take on the performance wagon. As you can see, the aftermarket specialist didn't plan on stopping there and prepared a more hardcore version of the Audi RS4 for the 2018 Geneva Motor Show. It's called the RS4-R, and it shares the power upgrade with the RS5-R that will also debut in Switzerland. That means the 2.9-liter twin-turbo V6 gasoline engine now produces 530 metric horsepower and 690 Nm (509 lb-ft) of torque — 20 hp more than the earlier ABT RS4 and 80 hp and 90 Nm more than the stock car.

The extra power comes courtesy of the ABT Engine Control (AEC) unit and a high-performance sports exhaust system with four 102-mm carbon tailpipes. As a result, the 0 to 100 km/h sprint is dispatched in 3.8 seconds (0.3 seconds quicker than the stock RS4), with a top speed of 280 km/h (174 mph). It certainly looks fast with the aggressive aero kit that brings together an ABT Front Lip, Front Flics, a Front Grille with RS4-R logo, and a Rear Skirt Add On. The tuner also replaces the standard 19-inch alloys with 21-inch ABT Sport GR rims shod with 275/25 ZR21 tires.

Besides powertrain and styling updates, the RS4-R also packs suspension upgrades such as the ABT Sport Stabilizers and ABT Height Adjustable Suspension Springs. The tuner says it is also developing a complete coil-over suspension system with a particular ABT Shock Absorber Setup together with KW Automotive. Inside, the ABT RS4-R adds partial leather seats with RS4-R logo, carbon fiber trim, and ABT Gear Shift Cover, among other things. 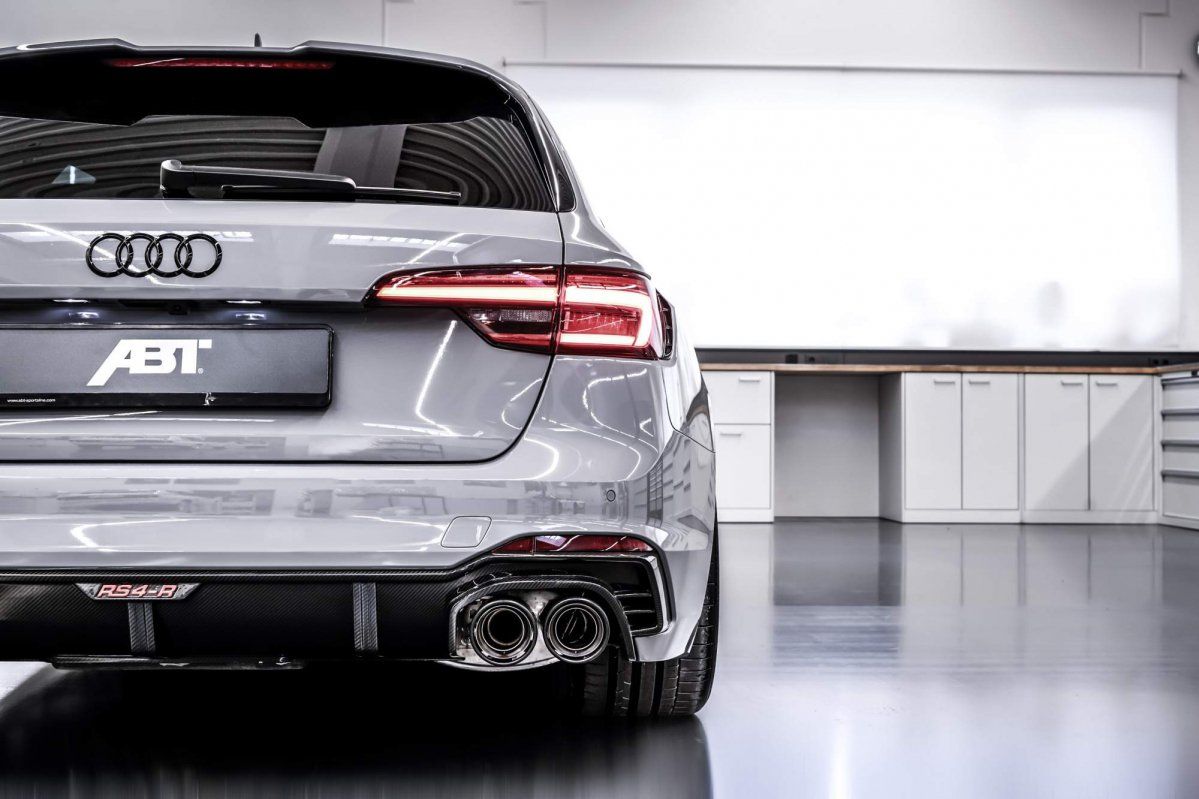 READ MORE: Check out the one-off 735-hp Audi RS6 created for Jon Olsson by ABT Sportsline