These cars are 10 years apart, but how much has the game moved on since then?

The Renault Megane R26R was one of the very first cars part of a new breed of lightened, stripped out and more track focused hot hatches, but since its launch in 2006 others have copied the formula. One such modern alternative is the VW Golf GTI Clubsport S, a real mouthful, but it’s well worth remembering its name as it’s now the second-fastest hot hatch ever (around the Nurburgring).

The Golf is much more powerful than the Megane’s now pretty pedestrian sounding 226 hp - the 2.0-liter VW engine makes 306 hp (as much as a previous-gen Honda Civic Type R FK2), but it has no back seat and various weight-shedding measures to maximize its track potential.

It also features a more advanced front differential which unlike in the Renault has clutch packs for more subtle power distribution between the front wheels. And according to Henry Catchpole’s Drivetribe video comparo, it’s the finesse really that differentiates the Golf from the Renault in this company - both are super capable tarmac-munchers, but the VW feels more mature and less dramatic.

But regardless, both will undoubtedly become highly sought-after future classics. 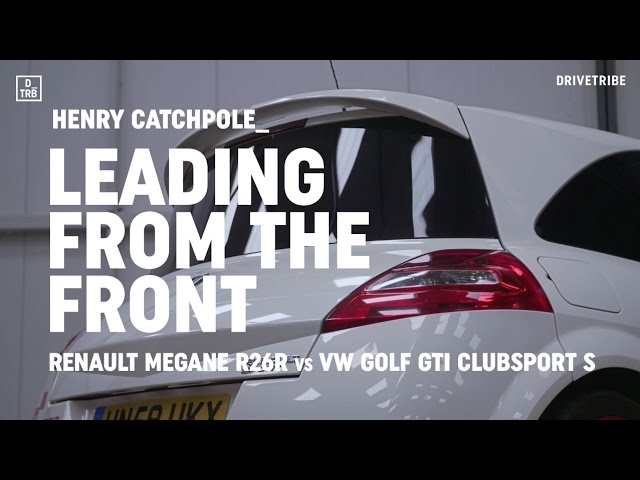