Hatchbacks from Eastern Europe: 25 years since the launch of the Skoda Felicia

Production of the Skoda Felicia began in Mlada Boleslav in 1994: 25 years ago, the successor to the Favorit model became the Czech carmaker’s first model to be developed under the umbrella of the Volkswagen Group.

Skoda Felicia was successful in motorsport and was also very well received by customers: by 2001, the Mlada Boleslav, Kvasiny and Vrchlabi plants had manufactured more than 1.4 million units of this model family, which included not only the hatchback and Felicia Combi versions, but also the Pickup, Vanplus and Fun. The Felicia Fun was a properly fun, beach-ready pickup version. 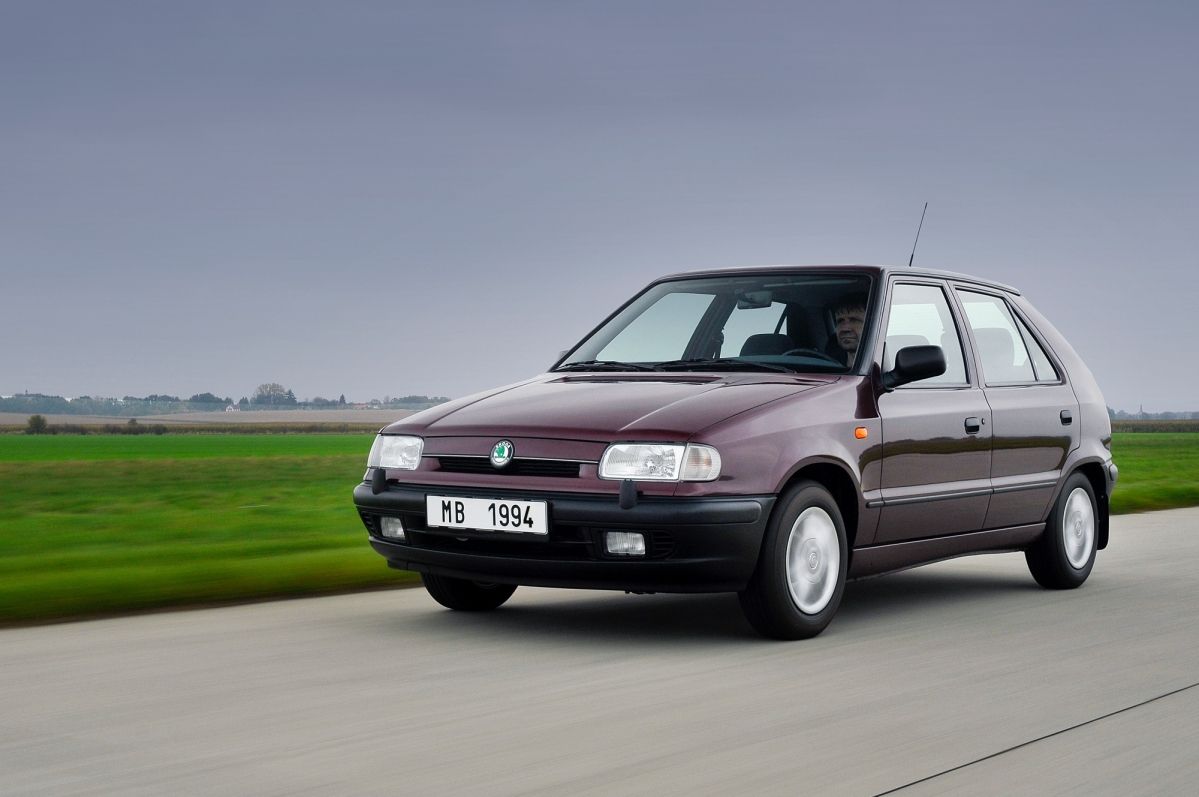 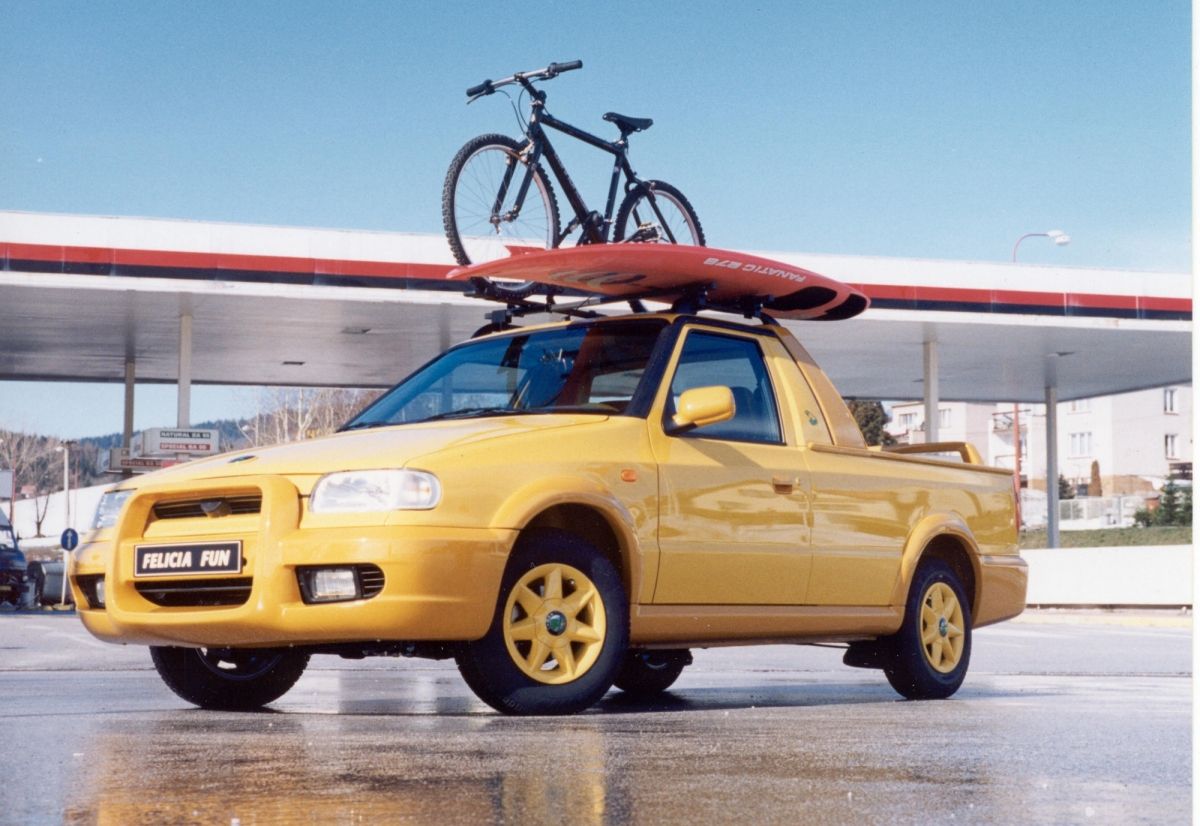 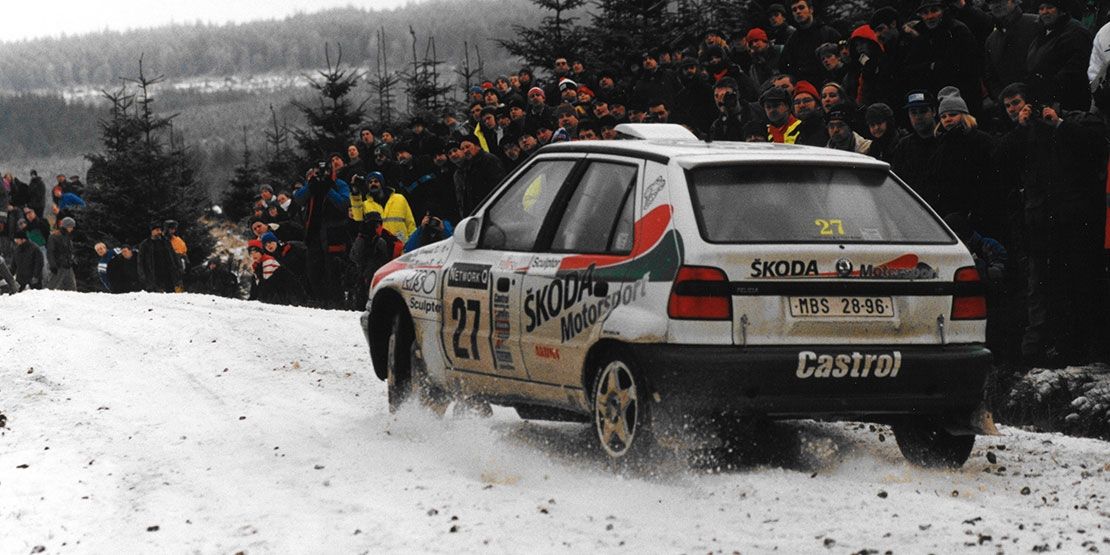 A new chapter in Skoda Auto’s history began a quarter of a century ago with the Skoda Felicia. The company had been visually modernising the Favorit, Forman and Pick-up before joining the Volkswagen Group in 1991. Introducing the Felicia, however, proved to be a turning point for Skoda: 1,187 newly developed vehicle components were used in the technically demanding redevelopment of its predecessor. 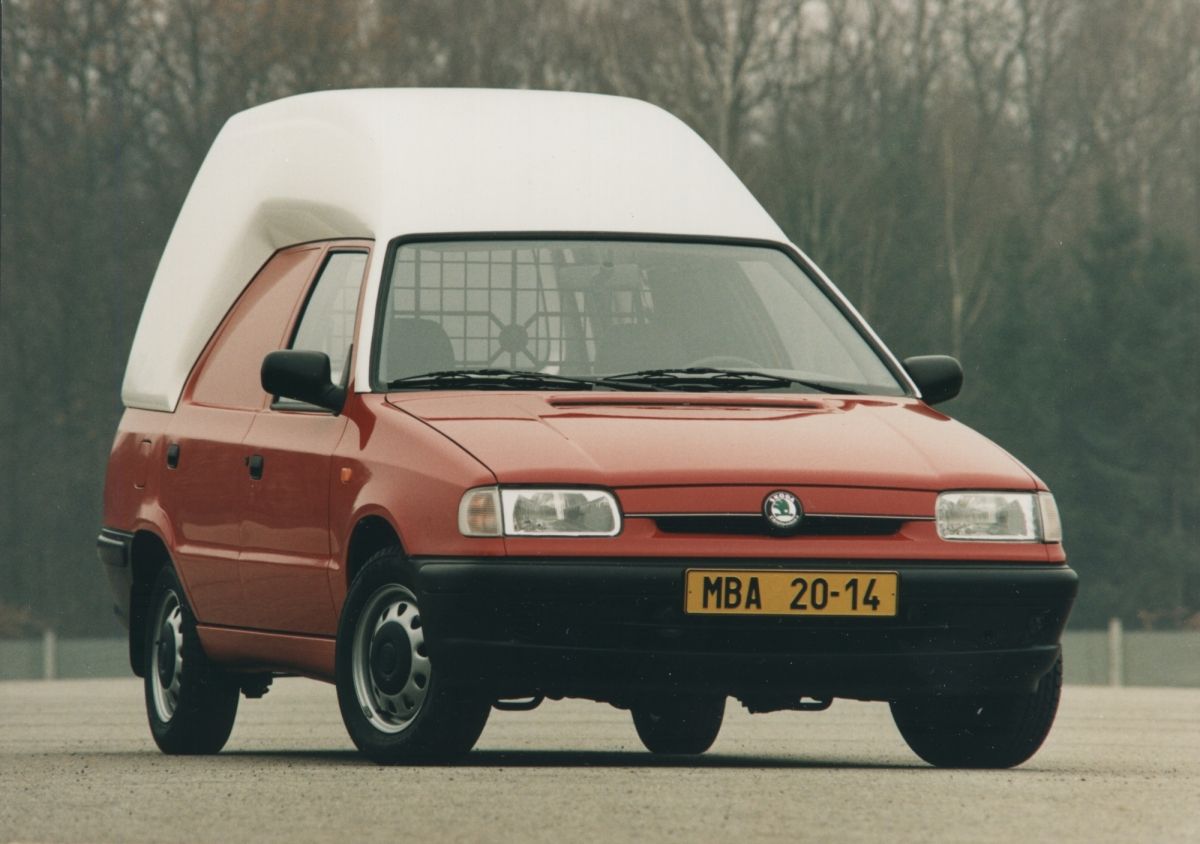 Pre-series production began with the first 50 prototypes at the Vrchlabi plant on 5 September 1994. The experience gained by building these vehicles helped to optimise the manufacturing process for the Felicia in Mlada Boleslav, which started on Monday, 17 October. The first production model rolled off the line at 10:20 the same day. Nine days later, on 26 October 1994, Skoda presented three new hatchback Felicia to the public – they were painted in the colours of the Czech national flag. The then Lord Mayor of Prague christened them on Charles Bridge with water from the Vltava river. 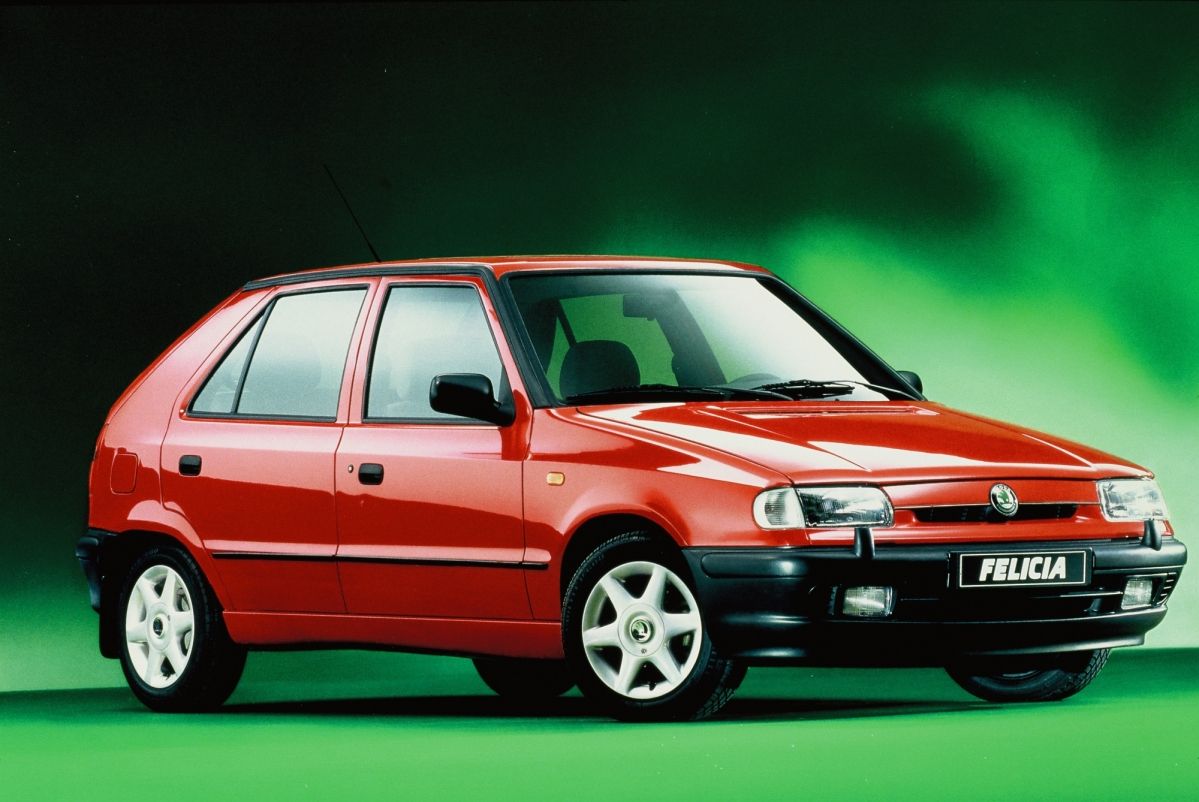 Skoda had put a lot of thought into choosing the model name: On the one hand, it refers to the iconic convertible of the late 1950s and early 60s; on the other, it is derived from the Latin word for luck – Felicitas. So it was only natural that Skoda Auto would donate one of the first vehicles to the Ondráček family that had just welcomed quadruplets into their family at almost the same time as the Felicia’s christening. 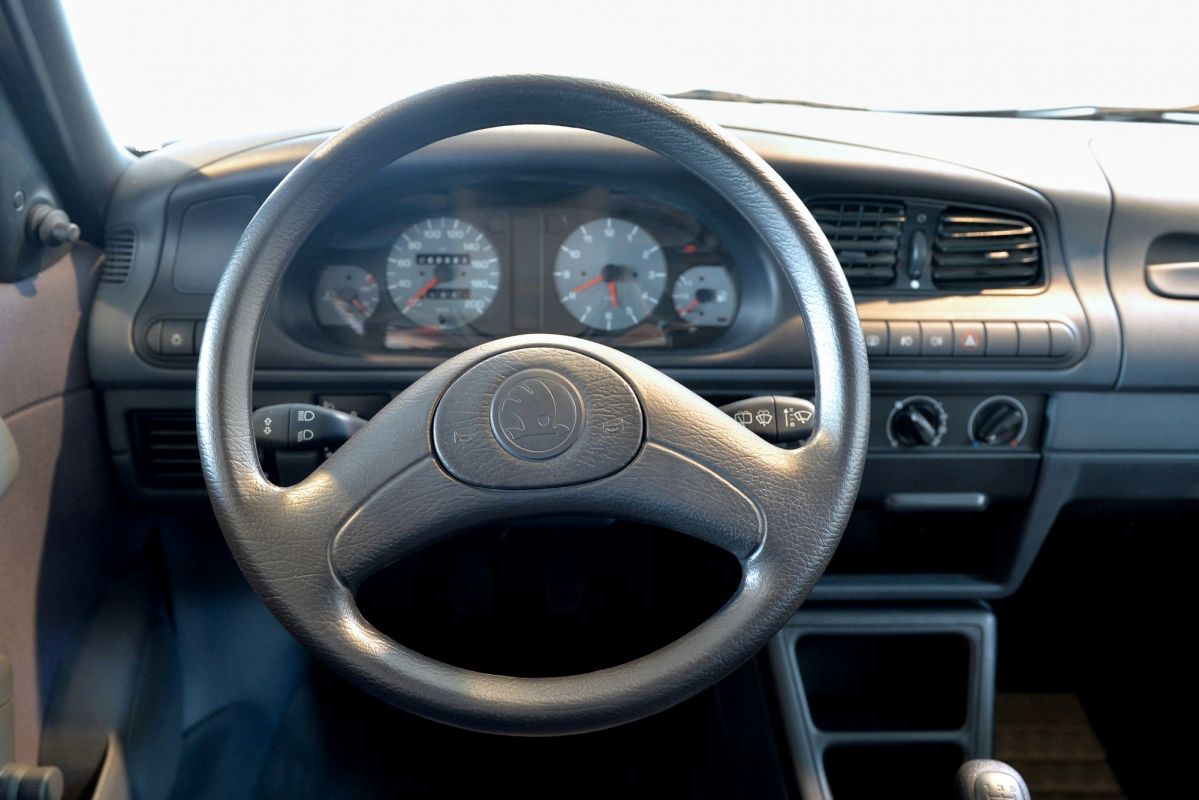 The five-door hatchback was 40 millimetres longer and 15 millimetres wider than the Favorit; the boot volume increased by 21 litres. The body benefitted from higher torsional stiffness, which – in conjunction with new wheel carriers, improved front axle geometry and an additional stabiliser at the rear wheels. 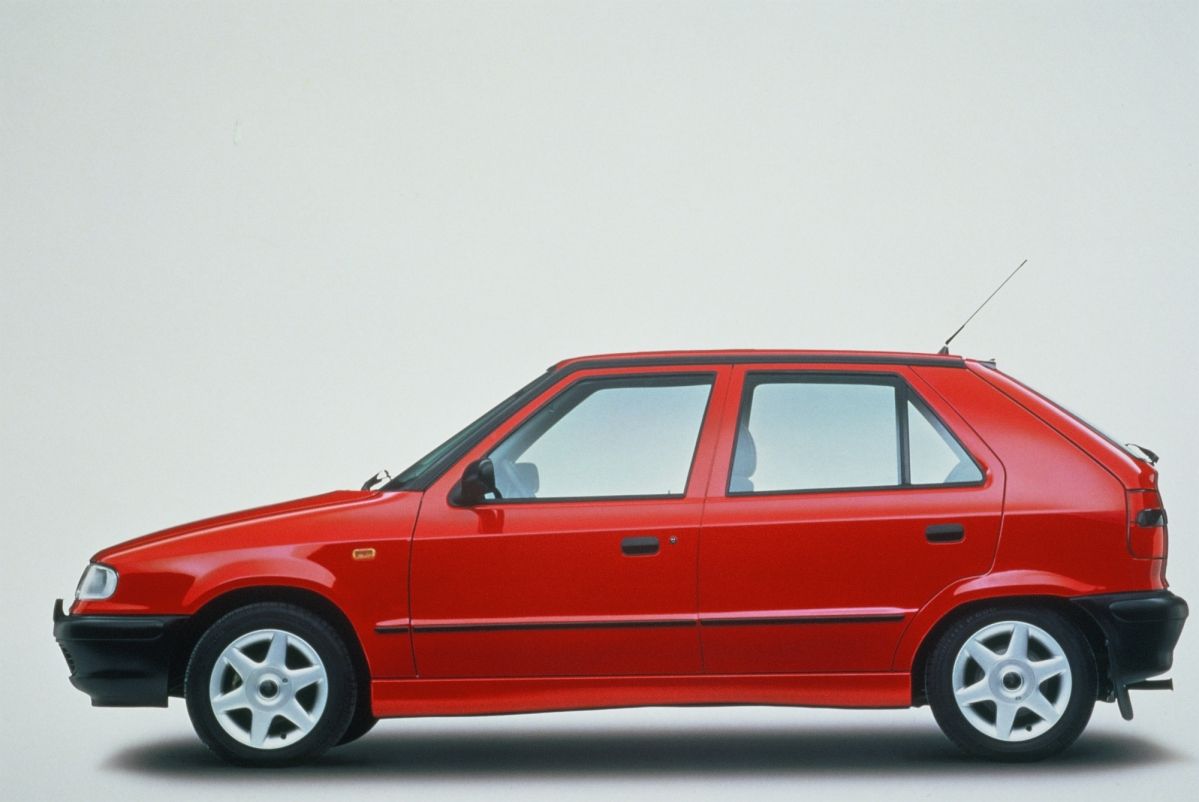 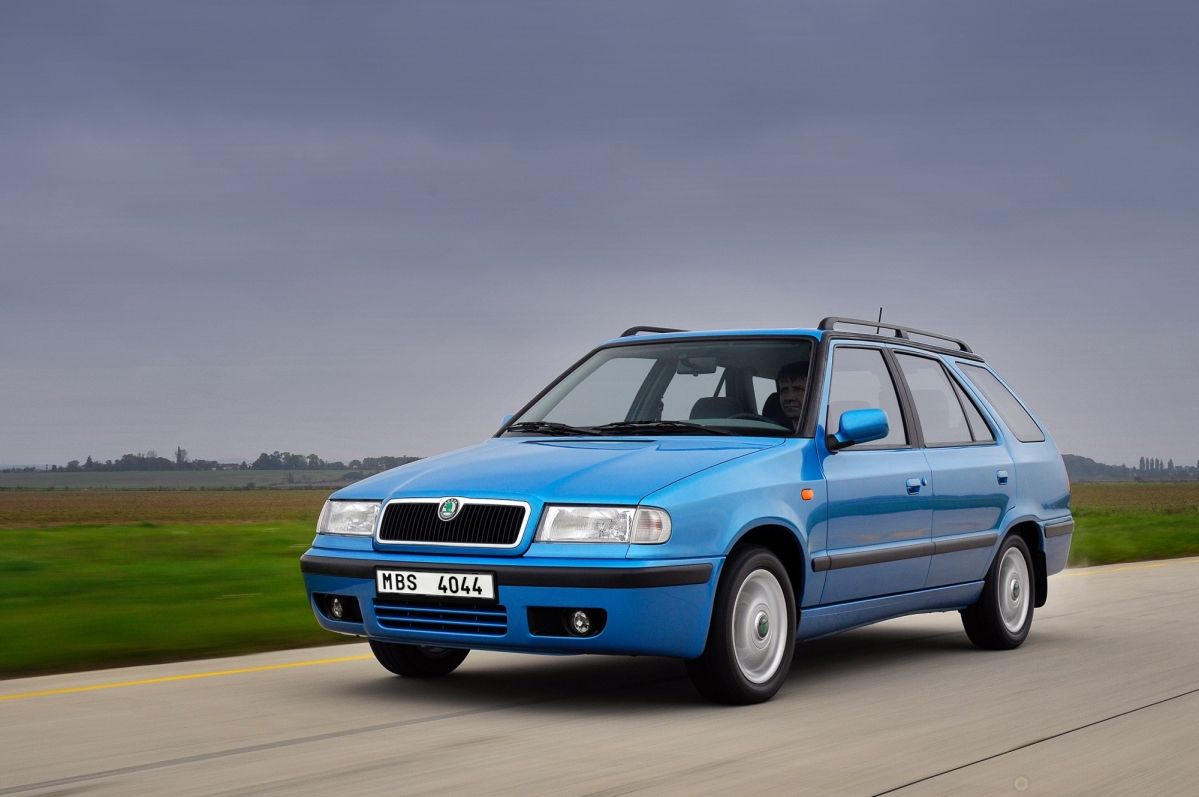 In February 1998 Skoda launched the facelift of the Felicia. The product upgrade included re-shaped headlamps and a customised grille. This new entry-level model adopted the new design language characterising the larger, previously released, Octavia. In June 2001, the Skoda Felicia’s career ended after 1,401,489 of this series had run off the production lines. Its successor, the 1999-launched Fabia, continues its legacy.