Then again, impressive is what Hennessey does these days

For those of you who aren't that fond of American cars, here's the thing: the 2019 Chevrolet Corvette ZR1 is an absolute monster in terms of specs and performance. But that was before Hennessey stepped into the room.

However, Hennessey is here to teach us once again that everything can be improved with a little tuning wizardry. In fact, their work is enough to turn a run-of-the-mill Corvette ZR1 into the world's most powerful C7 ZR1 fitted with an automatic gearbox.

To prove that it is not talking nonsense, Hennessey took its ZR1 to the dyno, where the readings pretty much tell the whole story, as it laid down 1,139 hp at the rear wheels and 994 lb-ft of torque. FIY, the Vette was running on Shell E85 pump fuel at 24 psi boost pressure.

You'll be able to see the full dyno run in the video below, but we can't help to wonder when are we going to get a quarter-mile run video featuring this mighty ZR1. 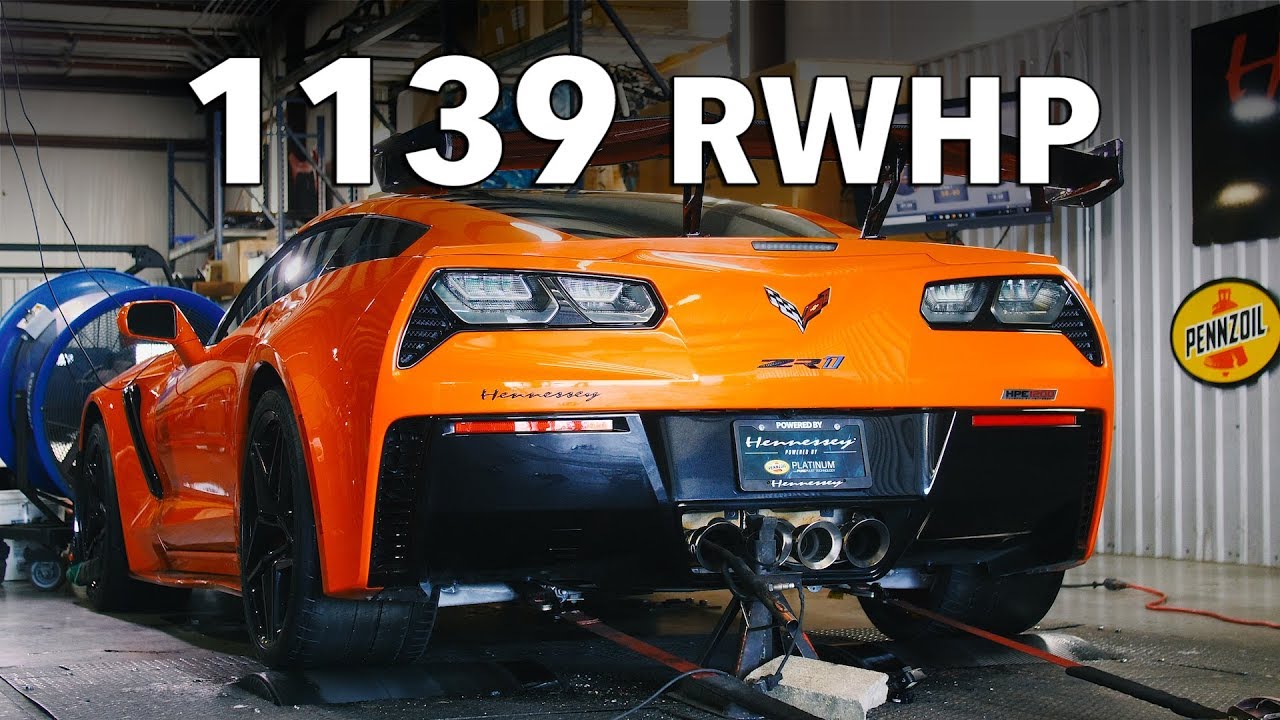