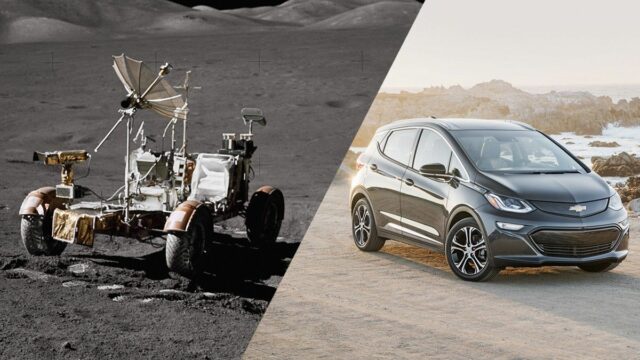 Why they came up with it beats us

45 years ago, a crew of astronauts on Apollo 15 used an electric Lunar Rover to explore the Moon's surface. The Rover was created with the help of GM engineers. And it's also GM engineers who built the Chevrolet Bolt.

This is probably the common ground Chevrolet started with when decided to compare the Bolt to the 1971 Lunar Rover.

Although the two vehicles come from different worlds and eras – thus having almost nothing in common, we'll play Chevy's comparo game.

So, range first. The Lunar Rover could go for 57 miles on a full charge, while the Bolt EV can cover 238 miles before asking for a battery charge.

We'll have the Bolt, please.