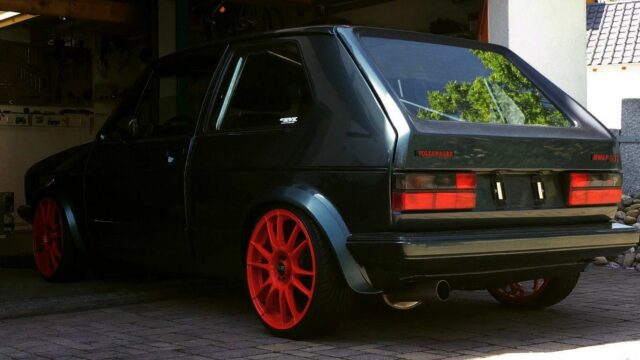 There are a lot of decent four-wheeled offerings on the used market for €10,000, including some well-maintained first generation Golf GTI examples.

This Mk1 GTI, however, is asking for almost double, but it's also offering five times the power output the original one had; this fine example of overpowered 1983 GTi Pirelli Edition packs 600 PS (592 hp), courtesy of PMCustommade. Yes, it is, indeed, a lot of power.

This state of tune has been reached after massively turbocharging the 1.8-liter four-cylinder engine found under its hood with a Garrett GTW34 unit. There's no word on performance figures, but I imagine that after you've managed to sync yourself with the six-speed manual transmission mated to the explosive power plant, you can pull some impressive sprint sessions.

For €19,000 you can purchase a decent, brand new small car or an even more decent used vehicle, but you probably won't find better bang-for-the-buck than this.