Is it really necessary to compare the Tesla Model 3 to the BMW M3?

Some seem to think so

Car comparisons are somewhat a favourite tool of the trade in the car journalism guild, although they sometime drift away into controversy. Case in point: comparing the Tesla Model 3 to the BMW M3.

The only thing these two have in common is the ‘3’ found in their names and that’s about it. However, some are quick to pit them one against the other, including the guys over at Vehicle Virgins.

Now, we get that in trying to put an EV’s abilities in the limelight it’s tempting and to some extent normal to judge it next to an internal combustion-engined car, but the chasm between the Model 3 and M3 is a tad too broad.

That’s because the M3 is a an adapted car that touches on performance not only when looking at its powerplant, but also other mechanical bits and bobs, like suspension, chassis, and weight-saving solutions. And yes, the Model 3 might now be available in dual-motor Performance trim, but that’s still not enough to call it a full-blown performance car, should you ask for our two cents.

In fact, we think there are areas where the Model 3 is better than the M3, yet the vice-versa also applies here. But the two worlds they come from are just too far apart to call such a comparison fair for any of the two.

Anyway, take a look at the video below and let us know your opinion on the topic. 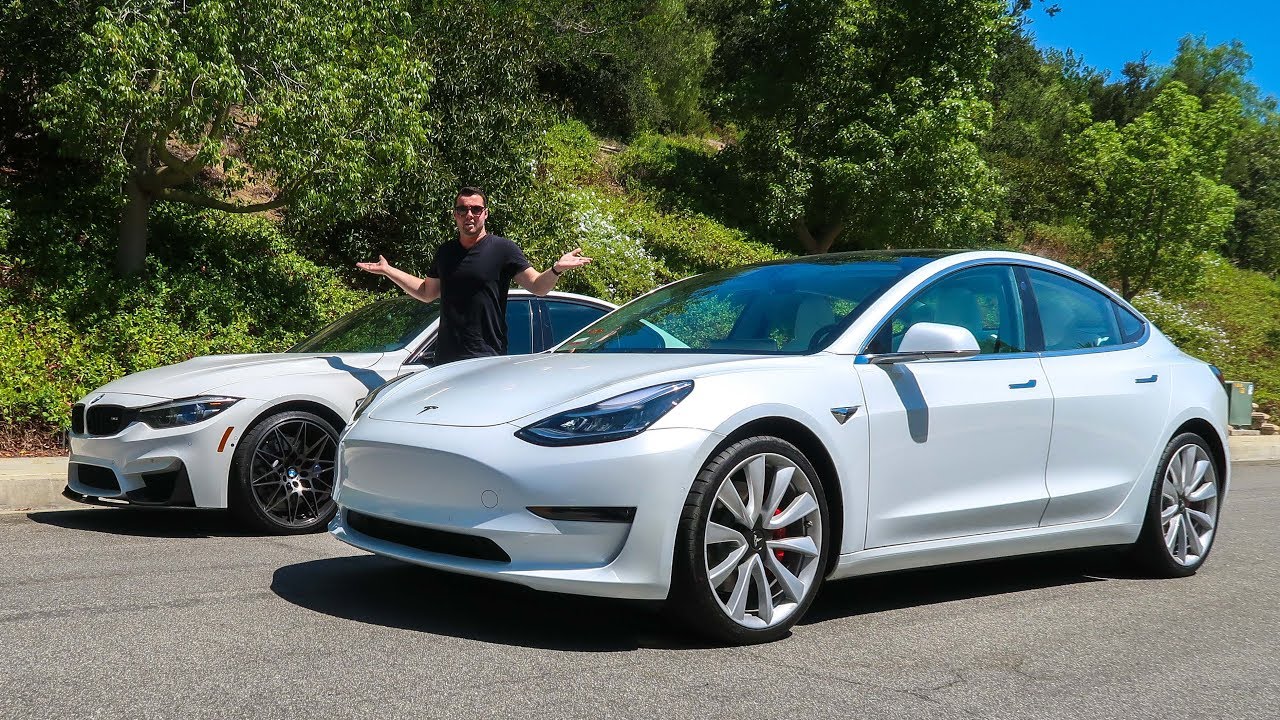 SEE MORE: Tesla’s competitors: the big tsunami of EV models to come by 2022