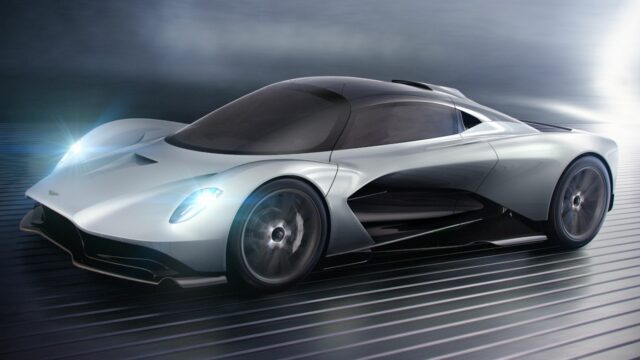 At this year’s Geneva Motor Show, Aston Martin displayed not one, but three cars. One of them was the AM-RB 003, which is in for a new name, according to recent reports.

Automotive News Europe had a chat with Aston Martin CEO Andy Palmer, who hinted that his brand’s next hypercar – slotting beneath the Valkyrie and above the Vanquish – could arrive in 2021 and wear the Valhalla nameplate. The CEO’s exact words were “Valhalla is a name we have registered in our naming book.”

The same outlet reports that the Valhalla – should the name stick – will use a V6 hybrid powertrain developed in-house by Aston Martin. Once launched, it is expected to compete against the likes of McLaren Senna and Ferrari LaFerrari’s replacement.

We already know that the hypercar’s engine features a Nexcel seal oil system which allows an oil change to be carried out in just 90 seconds. Kind of like what we see in Formula 1.

We’ll get back on the topic with more info.