Ken Block takes on one of the most dangerous roads in the world in Climbkhana Two: Tianmen Mountain

Some feared 2018’s Gymkhana TEN marked the end of automotive’s largest viral video franchise, but Ken Block is back with the second installment of the acclaimed series’ spin-off Climbkhana.

This time, Block and the Hoonigan team traveled to one of the world’s most dangerous roads (located deep in China’s interior) with his 914 horsepower Ford F-150 Hoonitruck to film Climbkhana TWO: Tianmen Mountain. 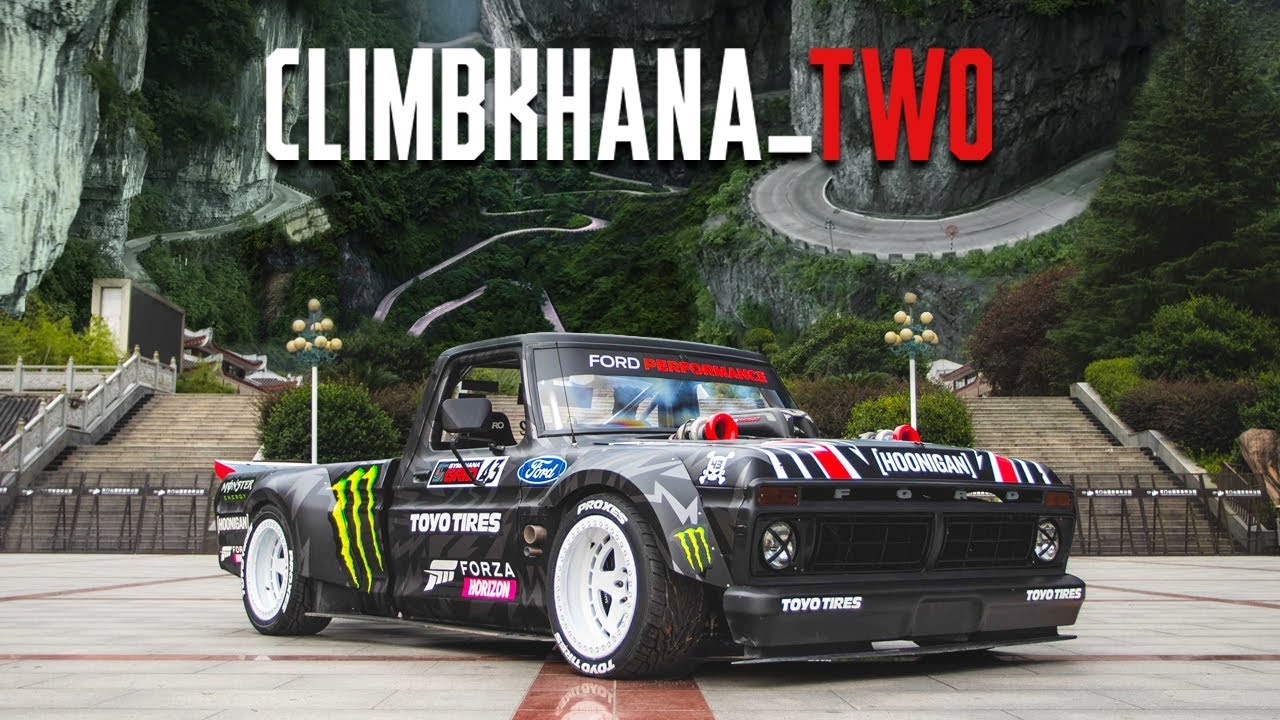 “About five years ago, I found a photo on the internet of this crazy road made of multiple switchbacks that actually crossed over itself,” says Ken Block. “Before I even discovered where in the world it was, I knew we had to go film there. As we did more research, I realized we may have found the greatest road ever. It’s like a European tarmac rally stage - but turned up to 11 - and, it's set in a wild scene that looks stolen right out of the movie Avatar.” Located in Zhangjiajie, Hunan Province, China, in a region that actually did inspire James Cameron’s 2009 epic Sci-Fi film, the Tianmen Mountain Highway climbs 6.7 miles across a ribbon of concrete that bends over 99 times through lush foliage and precariously situated cliff drops. Considered so dangerous by the Chinese, the public is forbidden to drive on it. And while similar in basic design to the location for the first film: Pikes Peak, this road is almost half as wide in most places, and the consequences way more frightening. “Over the past couple years, a few other projects have been filmed in the region, but we really wanted to bring our unique style of filmmaking and Ken Block’s wild driving to this road to show it in a way it hasn’t been seen before,” says Climbkhana TWO’s Director Brian Scotto. “This road is amazing, but also very unforgiving, which ironically is its best attribute.” Of all of Ken Block’s vehicles, the Hoonitruck seemed the least suited for this incredibly narrow road, which at some points is skinnier than the highly modified, AWD truck is long. But its massive proportions, only make the feat even more impressive. “The juxtaposition of this massive American pickup truck and that tiny road was just too perfect, even if it made it way harder and sketchier to for me to drive,” says Block.