Kia 2017 SEMA stand all about Stinger and Cadenza concepts

Kia chose to put its best and sportiest foot forward for SEMA 2017, where its show star was an orange Stinger dubbed Stinger Federation that shows the extent of customization one can achieve with manufacturer bolt-on parts. More specifically, it “celebrates Kia’s foray into making high-performance aftermarket parts available for purchase through the respective suppliers in conjunction with a vehicle launch.” It’s basically Kia’s idea of what BMW does with its M Performance bits which transform mostly the look of the car. It features “performance-inspired exterior body accent kits by Air Design USA include a rear spoiler, rear diffuser and redesigned hood vents, which provide a stunning contrast to the custom creamy-orange paint scheme that proclaims the Stinger’s sporting intentions.” Engine oomph is also upped (by 15 hp) thanks to a K&N cold air intake and quad-tip Borla exhaust - this brings the 3.3-liter turbo V6’s output up to around 380 hp.

Finally, its ride is lowered and firmed, it gets thicker antiroll bars and big 20-inch rims clad in Falken tires. The other Stinger featured a wide body transformation by West Coast Customs. It rides on lowered springs, 21-inch rims and mainly takes inspiration from racing GT cars of the 1970s. West Coast Customs also modified a Cadenza sedan for SEMA - they call it Cadenza Obsidian. It is, as its name suggests, finished in black, with striking copper accents riding on 20-inch rims. Modifications for this one are more limited: ultra-dark ceramic window tint, custom-trimmed seats and a 630-watt Harmon Kardon sound system. 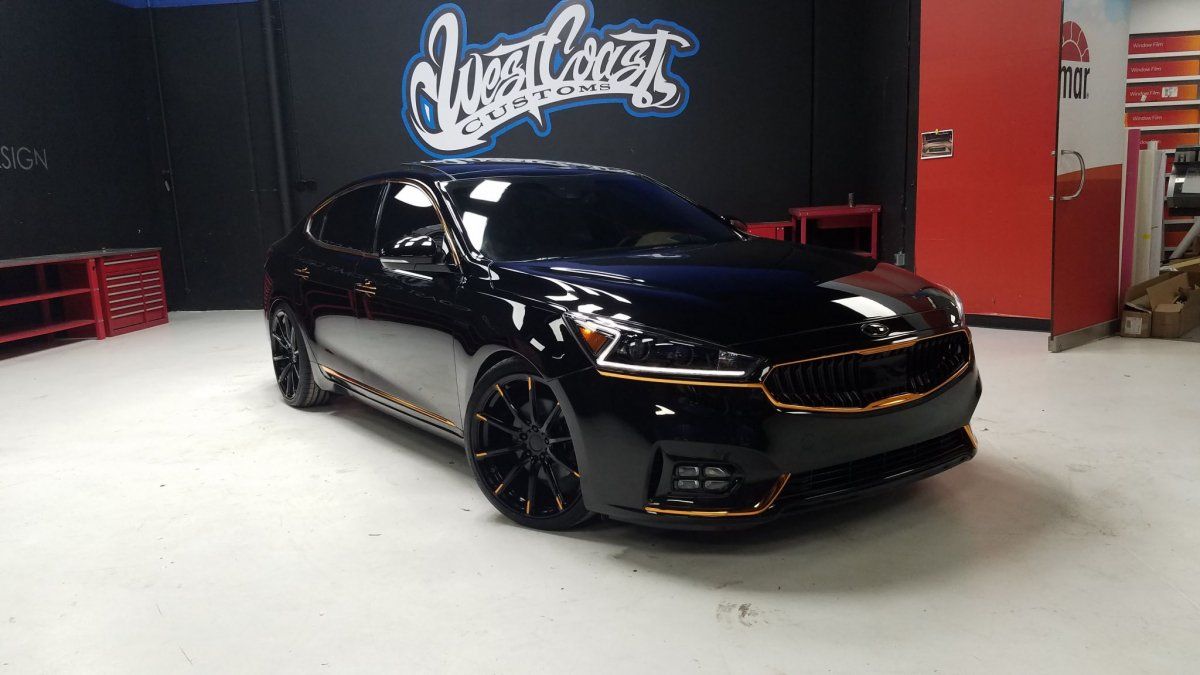