Lego, we hope you’re seeing this too

If you know where to look, the Internet can be a pretty good place for showcasing fan-made Lego builds that are nothing sort of awesome and sometimes even more enticing than official sets. Case in point: this stunning, brick-assembled Tatra truck.

But first, the brief history lesson: Tatra built the T-813 between 1959 and 1982 in Czechoslovakia, with the most recognizable and imposing models being the military-spec ones, available in 6x6 or 8x8 configurations.

The army-purpose Tatra T-813 8x8 Kolos is the muse-truck that inspired this Lego build. The real thing relied on an air-cooled V12 engine displacing 17.6 liters that could run on either diesel, petrol or aviation fuel. First variants of the engine made around 250 hp, but a more powerful unit churning out 310 hp was later introduced.

And as you’ll see in the video below, its unofficial Lego version not only looks the part but retains the real truck’s go-anywhere, stomp-everything prowess. Even more, its intricate plastic guts recreate the drivetrain, suspension and steering setup of the original T-813.

Oh, and apparently, it can easily accommodate a small rodent inside the cargo hold. Check it out below. 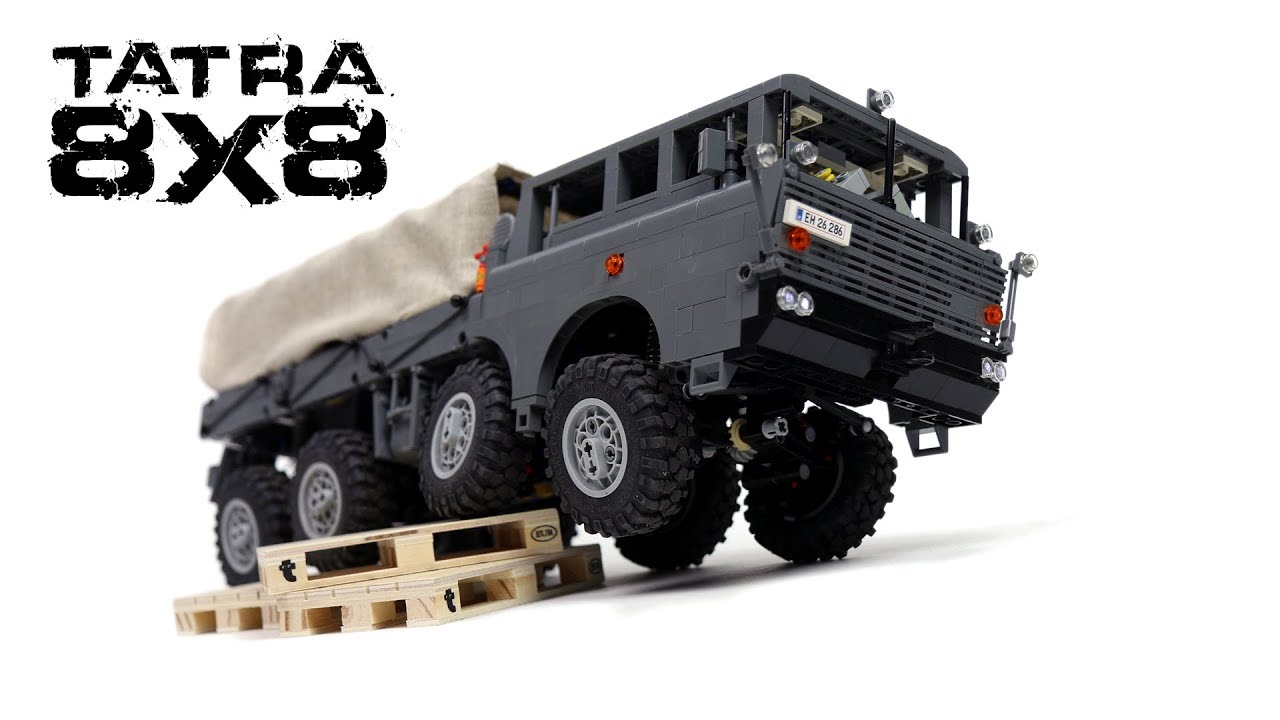