Limited edition BMW M3 CS detailed in all its glory

Check it out in an extensive photo gallery

The time has come for BMW to start delivering the limited-edition M3 CS to customers, and the automaker is using the opportunity to show us new photos and a video of the performance sedan, taken during the model's international media drive event. 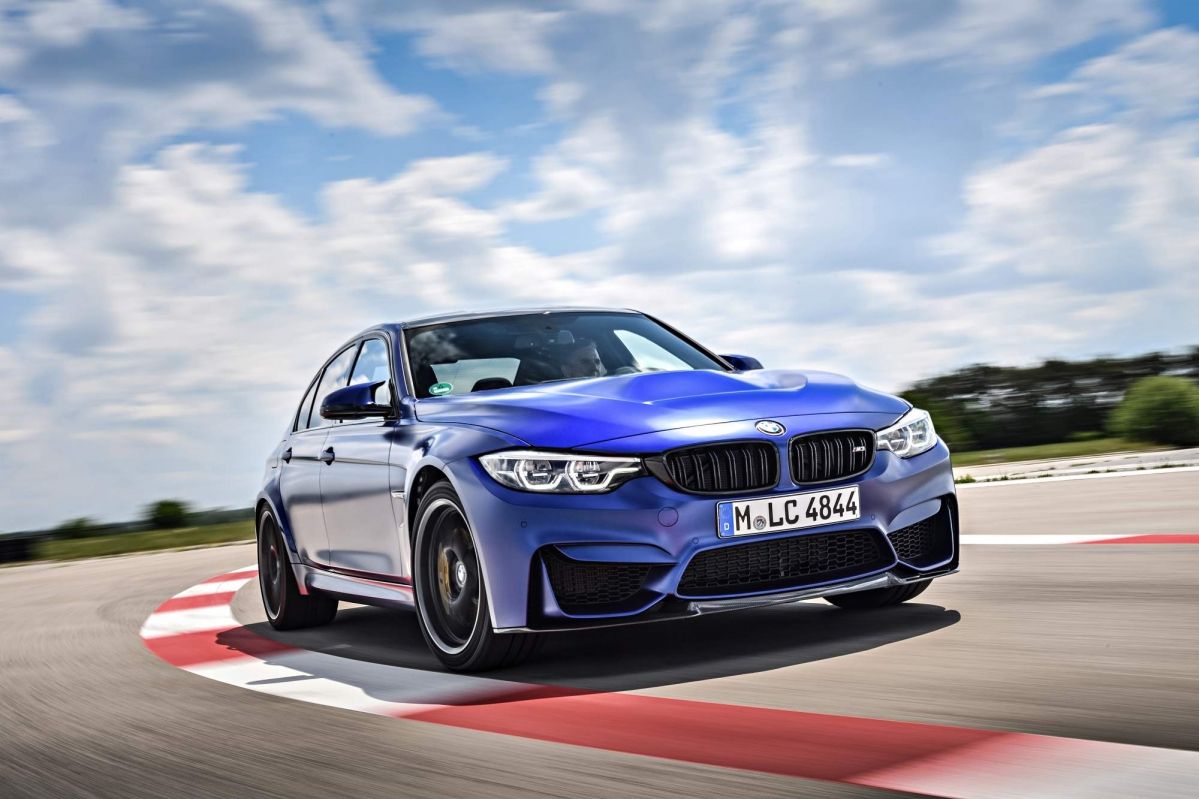 The M3 CS is the pinnacle of the F80 M3 and most likely the swan song of the series, as an all-new 3 Series generation is expected to arrive later this year to be used by BMW M as a base for the next-generation M3. By the looks of it, the F80 M3 will go out with a bang in the form of the M3 CS, which is a special-edition model that will have a production run of 1,200 units. 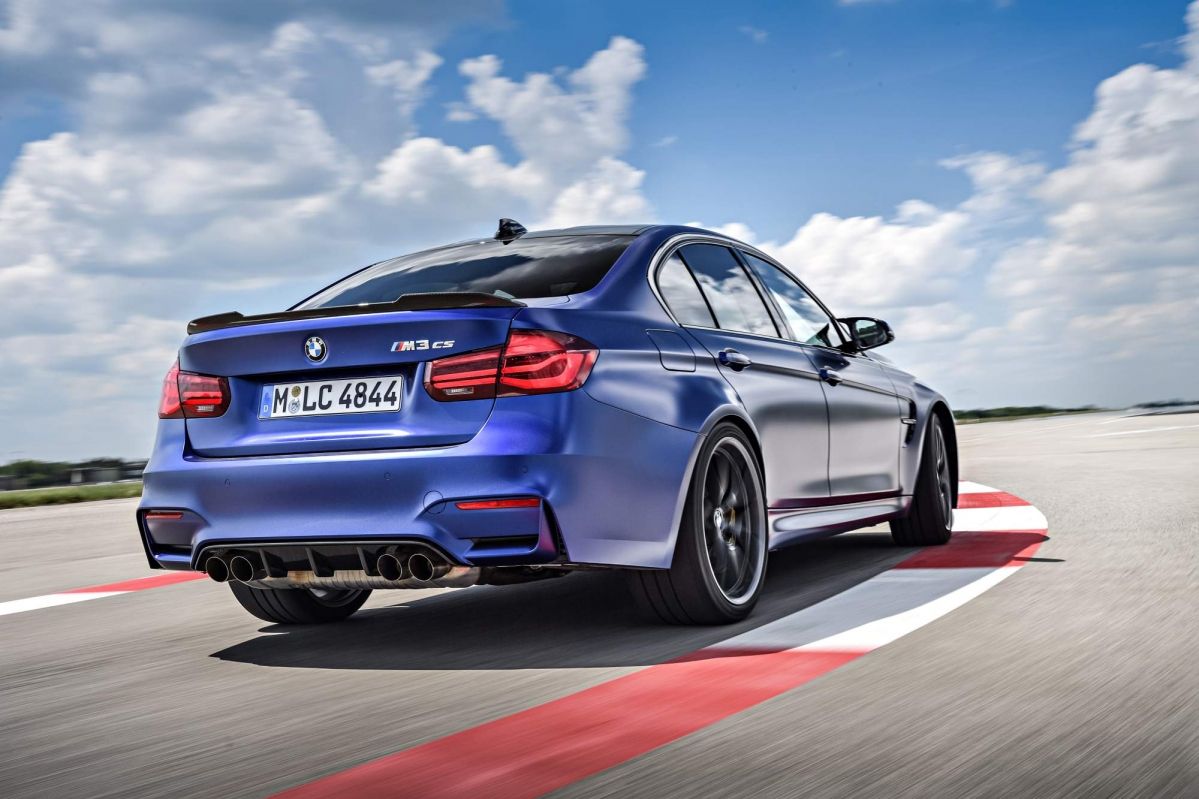 At the heart of the M3 CS, there's the 3.0-liter twin-turbo inline-six gasoline engine that delivers a total of 460 metric horsepower and 600 Nm (442 lb-ft) of torque — 10 hp and 50 Nm more than the M3 with Competition Package. Mated to a seven-speed M Double Clutch Transmission (M DCT) with Drivelogic and shift paddles, the engine allows the M3 CS to sprint from 0 to 100 km/h in a blistering 3.9 seconds. The top speed is limited to 280 km/h (174 mph), since the M3 CS comes as standard with the M Driver's Package. 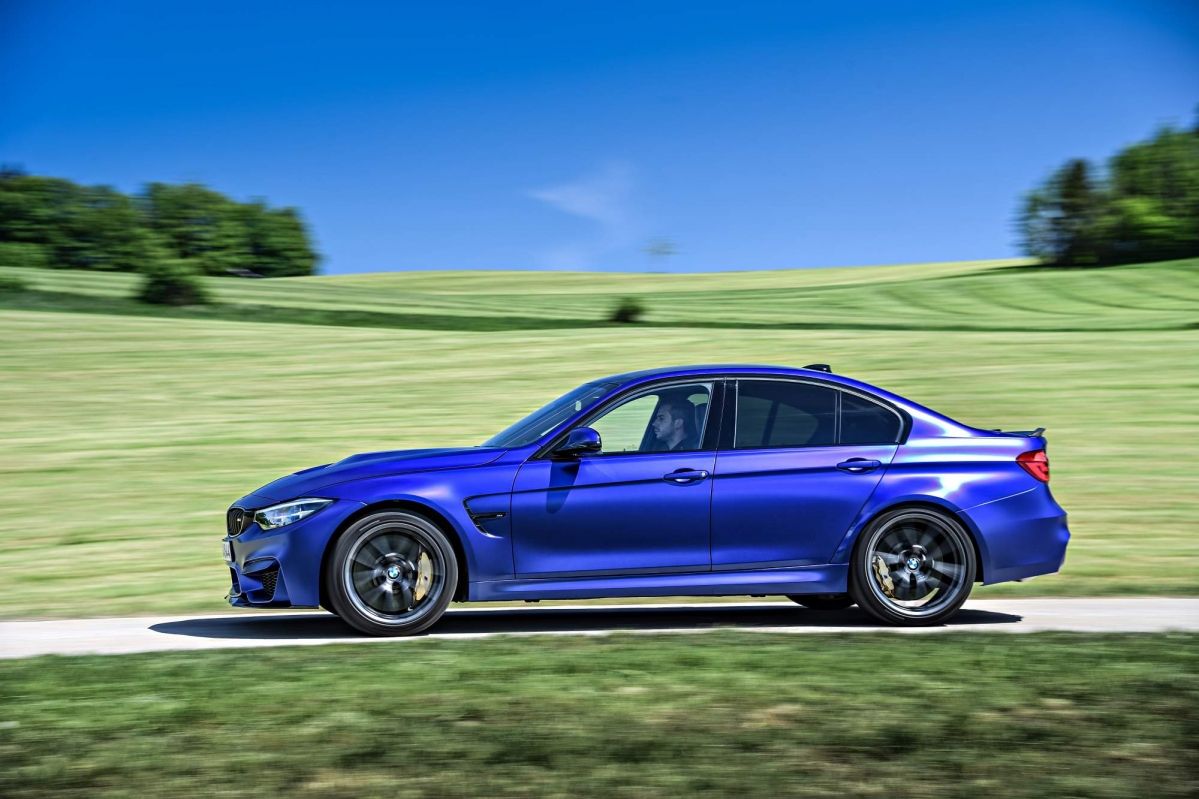 The M3 CS largely mirrors the M3 with Competition Package when it comes to the suspension as well. The special edition model features the Adaptive M suspension as standard, as well as a DSC system and Active M Differential with control systems modified "to suit the dynamic requirements of the BMW M3 CS."

The M3 CS rides on Michelin Pilot Sport Cup 2 semi-slick cup tires (legal to use on the road) as standard, sized 265/35 R19 at the front and 285/30 R20 at the rear. Customers can also opt for Michelin Sport road tires, though. 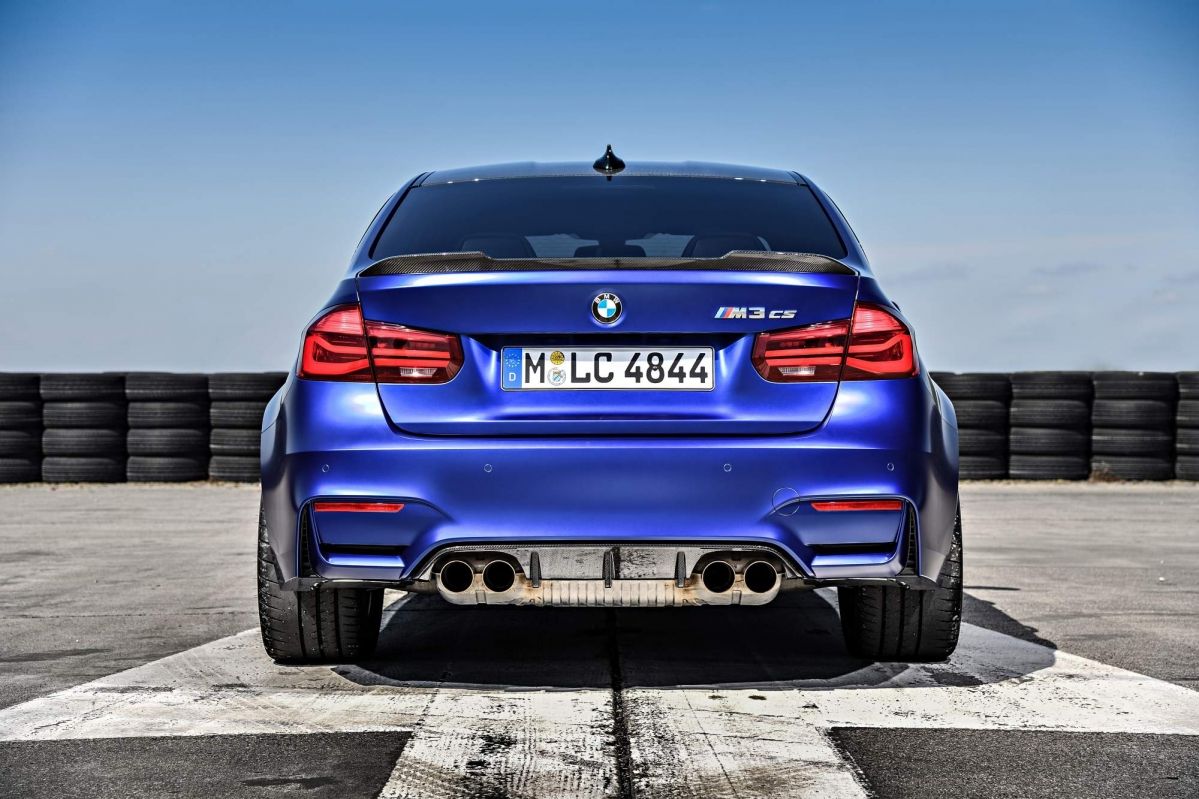 You'll recognize the M3 CS when you'll see it thanks to subtle styling upgrades including the front apron with three-section air intakes, Gurney spoiler lip on the boot lid, as well as the front splitter and rear diffuser. All these components are made from carbon fiber-reinforced plastic (CFRP), as are the bonnet and the roof.

Customers will also be treated to a two-tone full leather interior in Silverstone/Black and Alcantara, as well as comprehensive standard equipment featuring automatic climate control, a Harman Kardon surround sound system, and the Navigation system Professional, among other things. 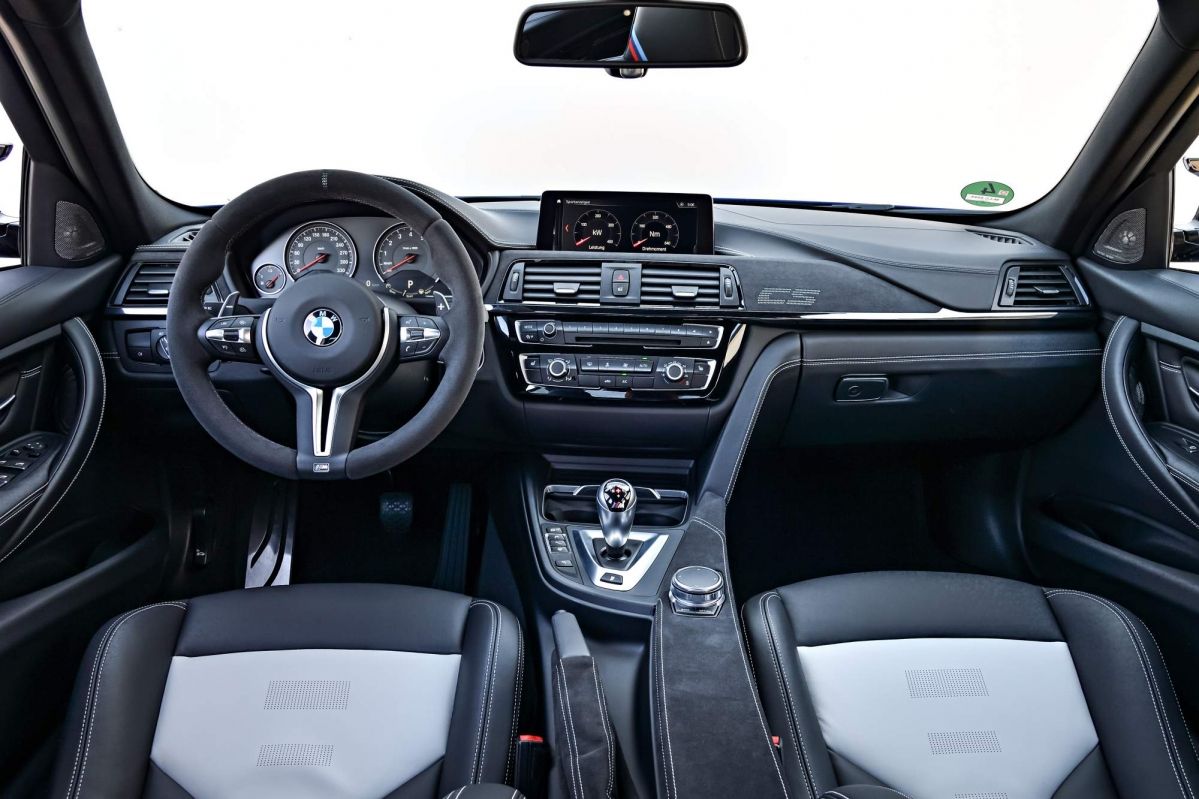 BMW has already started building the M3 CS in March 2018, with production factors limiting the run to 1,200 units — 550 of which are earmarked for the U.S. market. 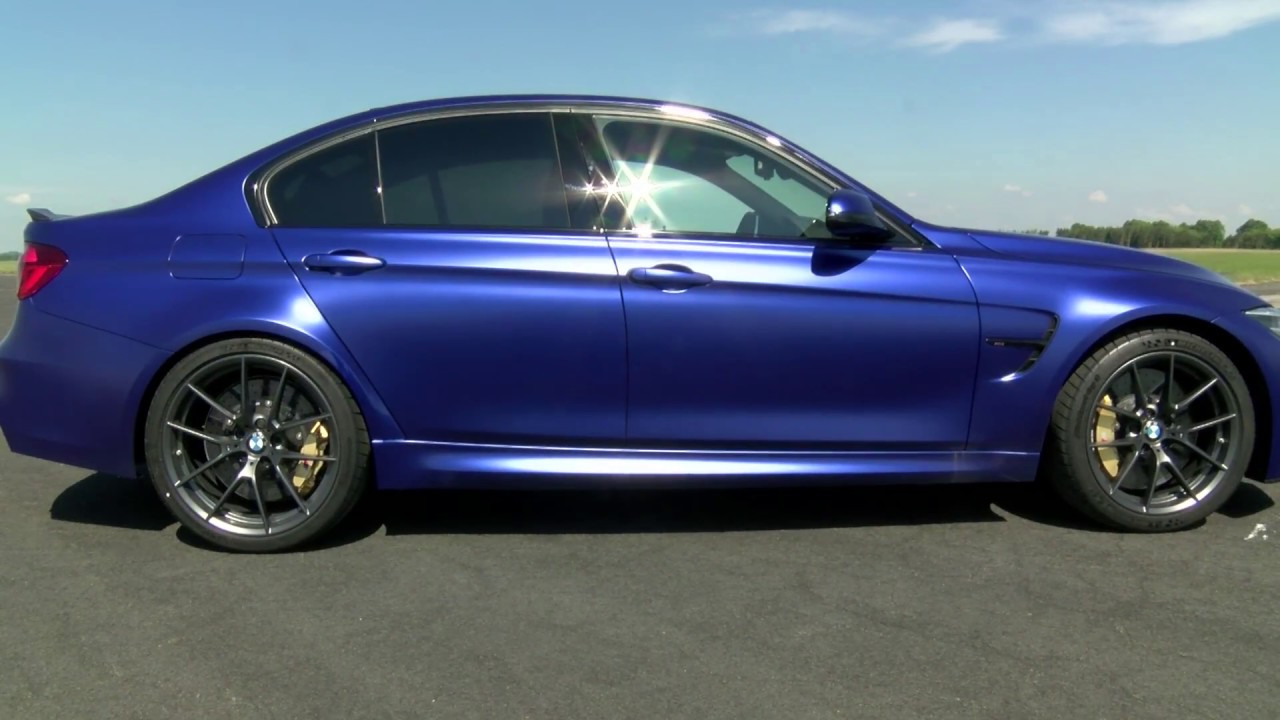 WATCH MORE: Our video walkaround of the BMW M3 with Competition Package