What better venue than the LA Auto Show for the launch of Mercedes-Maybach's first drop-top model?

Built in a limited run of just 300 units the Mercedes-Maybach S 650 Cabriolet carries a rather misleading nameplate because it's powered by the same engine found in the S65 Cabriolet. That's a 6.0-liter twin-turbo V12 rated at 630 PS (621 hp) and 1,000 Nm (737 lb-ft) of torque, mated to the 7G-Tronic seven-speed automatic transmission.

Based on the open-top S-Class, the S 650 stands out from lesser models thanks to a series of design upgrades highlighted by the new front bumper that features a restyled lower section and chrome highlights. The Maybach emblem is proudly featured on the S650's fenders, with other unique details including chromed grille and the 20-inch forged wheels. However, it's the interior that says everything about this luxurious convertible model. Each model will be highly personalized, with the show car in Los Angeles offering a glimpse of what can be done. The fully leather-trimmed cabin features a waterfall-like seat upholstery layout achieved with the aid of progressive perforations. In addition to trim on the instrument panel and doors, the S 650 Cabriolet features an exclusive trim element on top of the soft top compartment with inlaid Maybach logo that contributes to the yacht ambiance. Only the finest materials found their way into the cabin: fine wood veneer, hand-finished soft leather, and more. For more individualization, Mercedes-Maybach offers nine interior color concepts, from pastel yellow/black to porcelain/saddle brown. Other distinctive details include the deep-pile floor mats, chrome-plated "1 of 300" lettering on the cup holder and Maybach lettering on the lower bezel of the steering wheel. 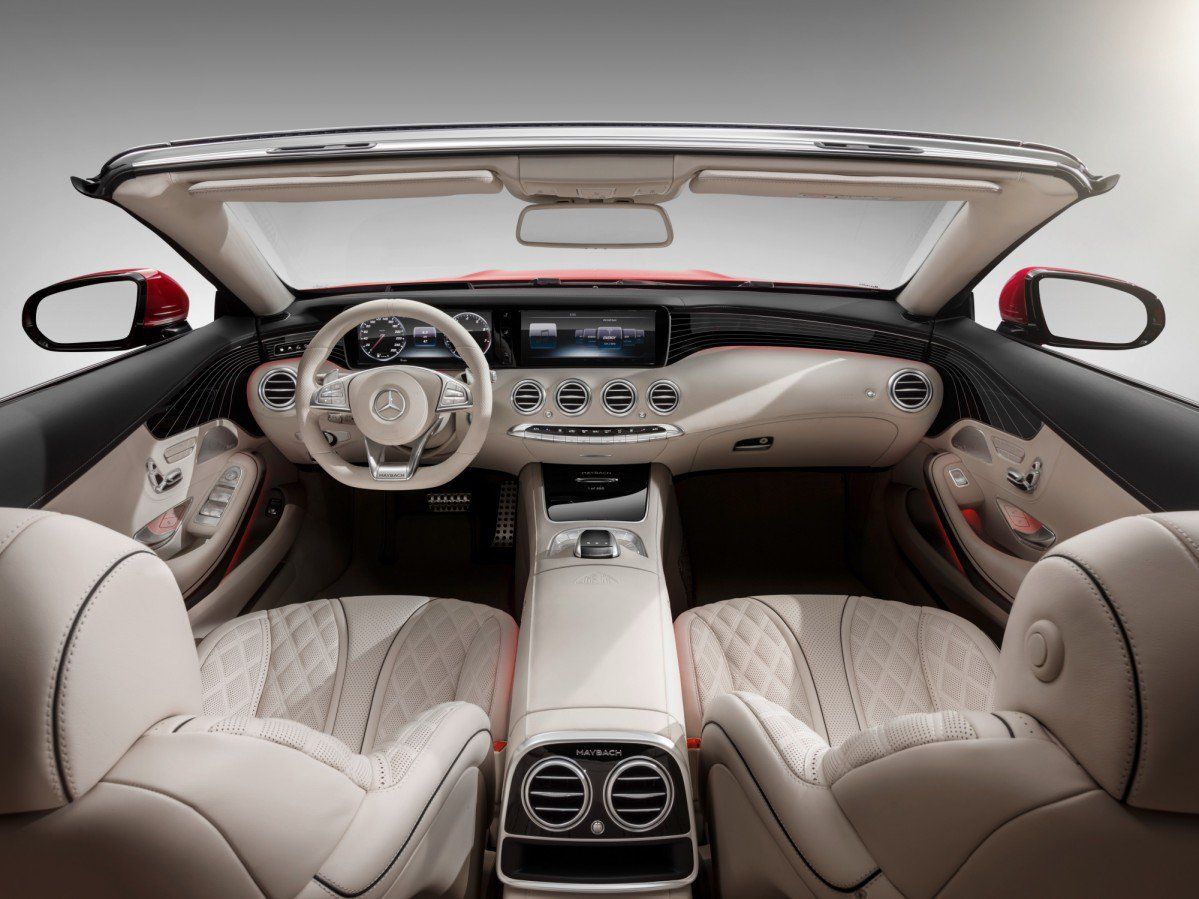 As expected, the S 650 Cabriolet packs all of the optional extras of the S-Class Cabriolet as standard, including Airmatic suspension, Aircap, Airscarf and Swarovski headlamps. It also comes with an exclusive travel luggage set consisting of two large travel bags as well as two lifestyle bags made of original vehicle leather. 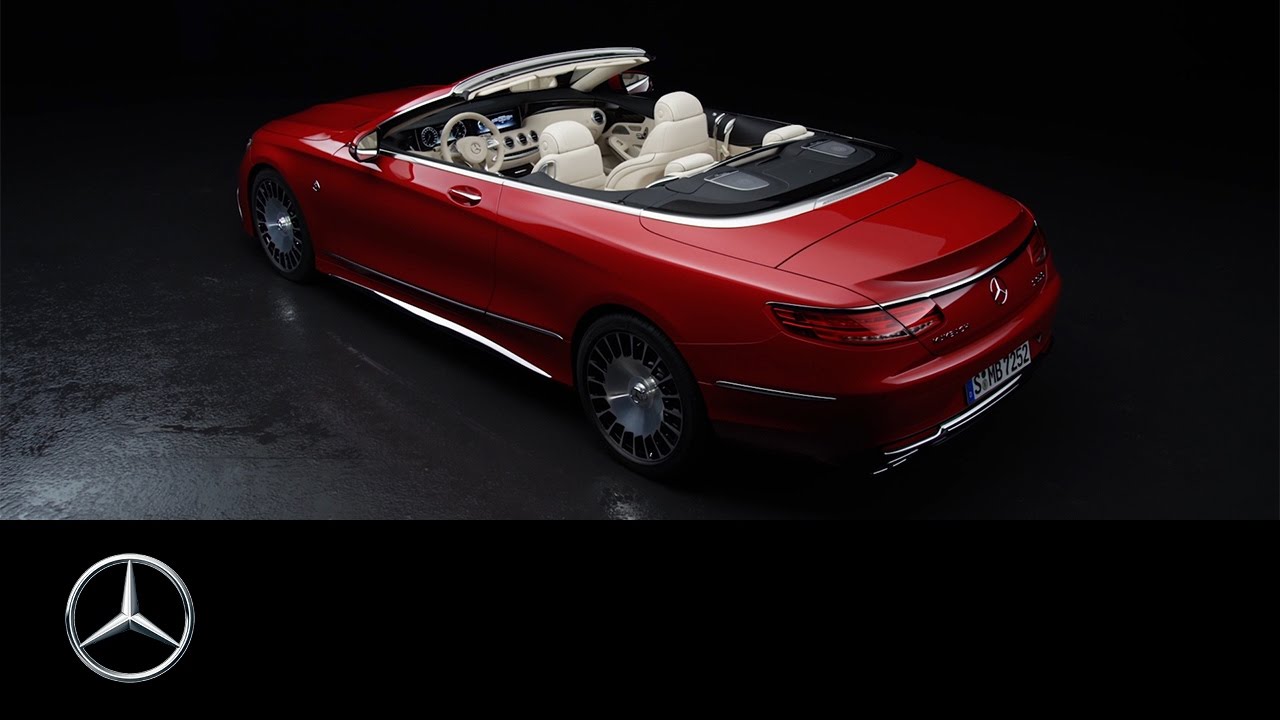