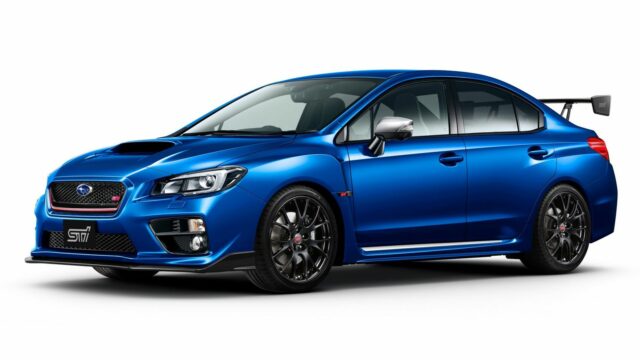 It’s only available in Japan, unfortunately

The Subaru WRX S4 is a model sold exclusively in Japan that has more power than the WRX sold in the United States.

As if that wasn't enough to make it a desirable car outside Japan, the automaker has given it a more focused limited edition version as well, the tS. Developed by Subaru Tecnica International (STI), the WRX S4 tS sources some bits and pieces from the range-topping WRX STI S207.

For example, engine torque during acceleration grows by 10 percent courtesy of modified air intake/exhaust parts, while an added oil cooler improves cooling performance of the Sport Lineartronic CVT. The engine remains the same 2.0-liter four-cylinder boxer unit that delivers 300 PS (296 hp) at 5,600 rpm and 400 Nm (295 lb-ft) of torque between 2,000 and 4,800 rpm.

Other components sourced from the S207 include a flexible tower bar, the DampMatic II front suspension with adjustable damping, and the front-rear Active Torque Vectoring system. STI says all these parts work together to offer "a strong yet flexible ride and sharp cornering." Brembo opposed-piston front 4-pot brakes complete the mechanical upgrades.

All these bits are wrapped in a sharper body kit that includes a large front under-spoiler, STI-designed BBS 19-inch forged aluminum wheels, cherry red pinstripe on the mesh-type front grille and rear bumper, and a black shark fin antenna. Inside, customers get STI-spec Recaro front bucket seats and an exclusive luminescent speedometer.

But that's not all. Buyers who want to go the extra mile can spend some more on the "NBR Challenge Package," which adds racing-inspired elements such as a carbon rear spoiler, black 19-inch STI-designed BBS aluminum wheels and Ultrasuede-wrapped steering wheel. The pack commemorates Subaru's wins in the SP3T class at the Nürburgring 24-Hour Race in 2015 and 2016.