As a name, Evija (pronounced ‘E-vi-ya’) means ‘the first in existence’ or ‘the living one’.

The Evija marks the start of a new chapter in the history of the British sports car brand. It is the first hypercar from Lotus, and the company’s first model with an electrified powertrain. As the first completely new car to be launched under the stewardship of Geely Group. Production is limited to not more than 130 examples, making it among the most exclusive cars ever launched. It’s a figure set in tribute to the car’s project code, Type 130. Lotus road and race cars throughout the brand’s seven decades of success have been assigned a Type number, and the Evija is no exception.

Speaking at the unveiling in London, Lotus Cars CEO Phil Popham said: “The Lotus Evija is a car like no other. It will re-establish our brand in the hearts and minds of sports car fans and on the global automotive stage. It will also pave the way for further visionary models.” 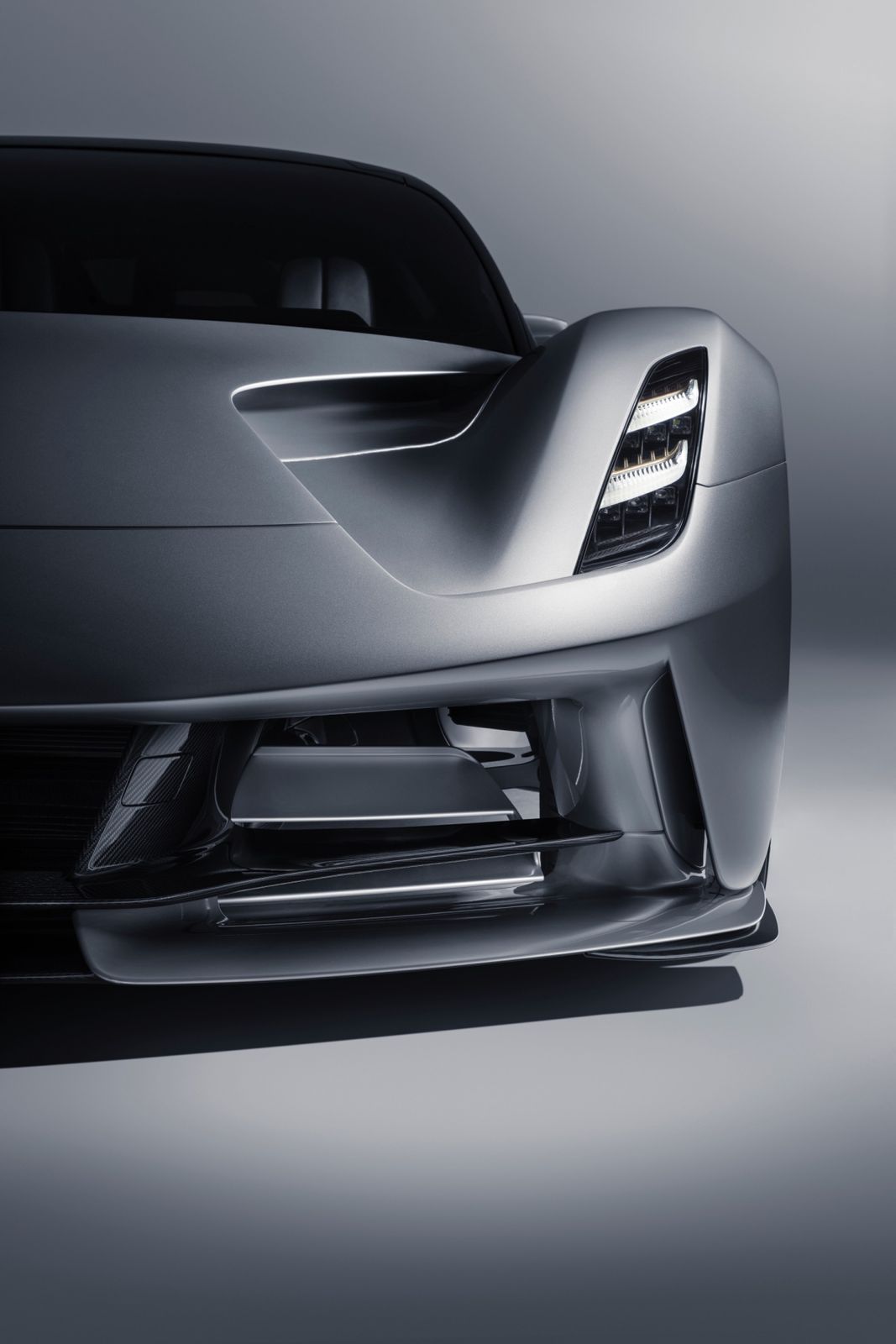 He added: “This is another amazing moment in the history of our company. The Evija is a true Lotus in every sense – it has been developed with an unwavering passion to push boundaries, to explore new ways of thinking and to apply ground-breaking technologies.”

The Evija is the first Lotus road car to feature a one-piece carbon fibre monocoque chassis. The cabin, from the fully adjustable race-style seats to the multi-function steering wheel, is the very pinnacle of motorsport-inspired road car design and technology. 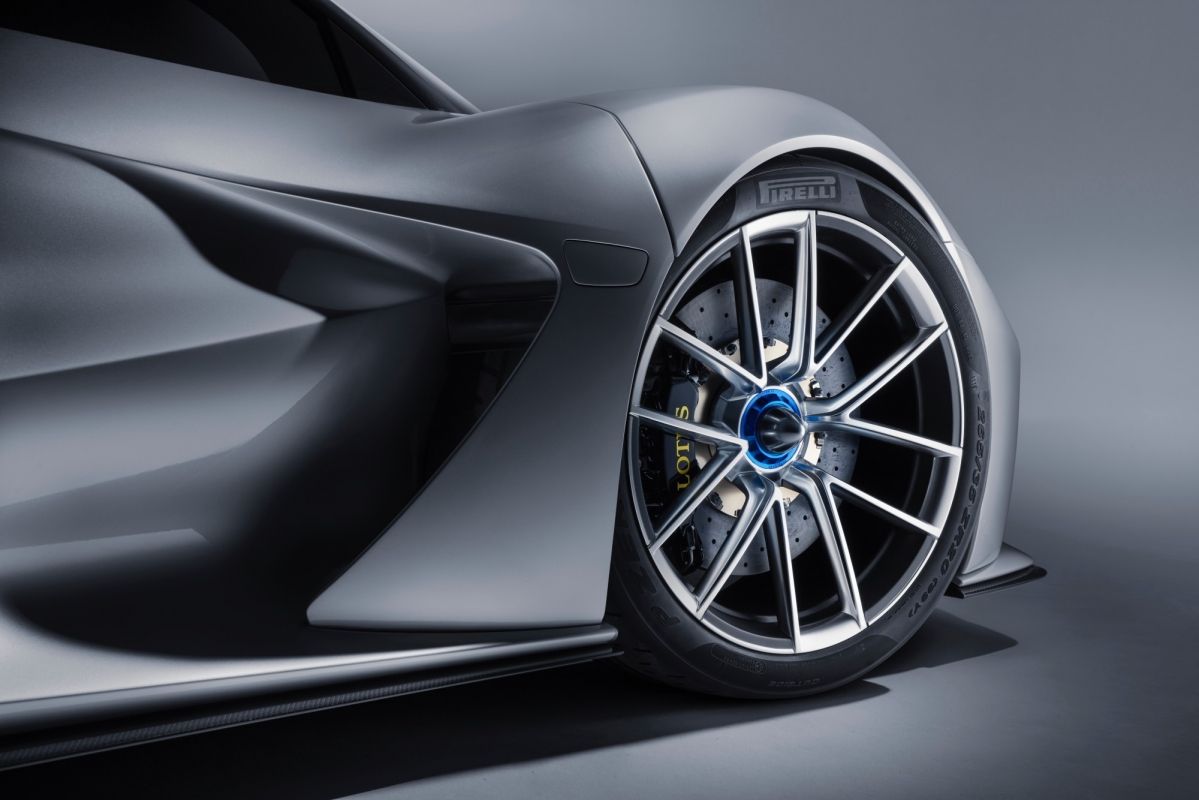 Active aerodynamics are deployed in the form of a rear spoiler, which elevates from its resting position flush to the upper bodywork, and an F1-style Drag Reduction System (DRS). Both are deployed automatically in Track mode, though can be deployed manually in other modes. The absence of traditional door mirrors plays a part in reducing drag. Cameras integrated into the front wings are electronically deployed on unlock, while another camera built into the roof provides a central view. Images are displayed on three interior screens. At the heart of the Evija is an advanced all-electric powertrain. It has been developed by technical partner Williams Advanced Engineering, famed for success in motorsport, from Formula One to electrifying the first four seasons of Formula E.

The battery pack is mid-mounted immediately behind the two seats and supplies energy directly to four e-motors. This system is the lightest, most energy dense, electric power package ever fitted to a road car. With a target weight of 1,680 kg, it will be the lightest pure electric hypercar ever to go into series production. 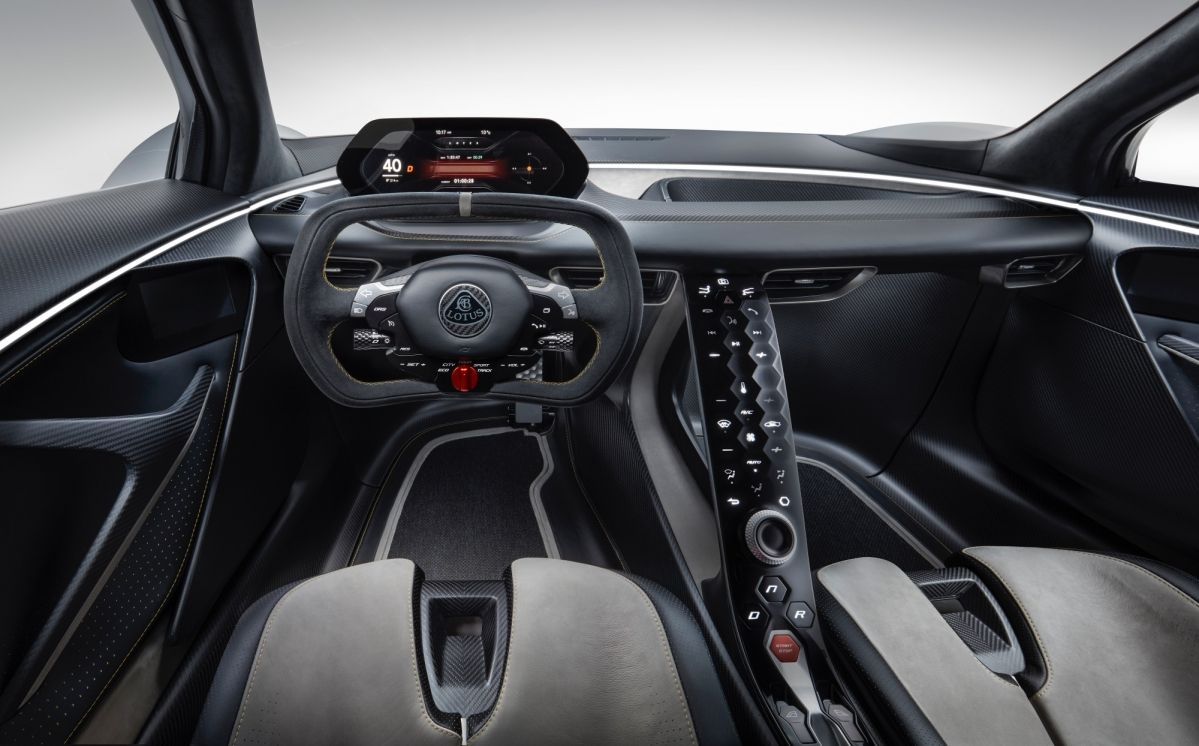 With target figures of 2,000 PS of power and 1,700 Nm of torque, the Lotus Evija is the world’s most powerful production road car. The energy needed to power the electric motors is stored is a 2,000 kW lithium-ion battery, supplied with its management system by Williams Advanced Engineering (WAE) as part of a joint venture with Lotus to collaborate on advanced propulsion technologies. 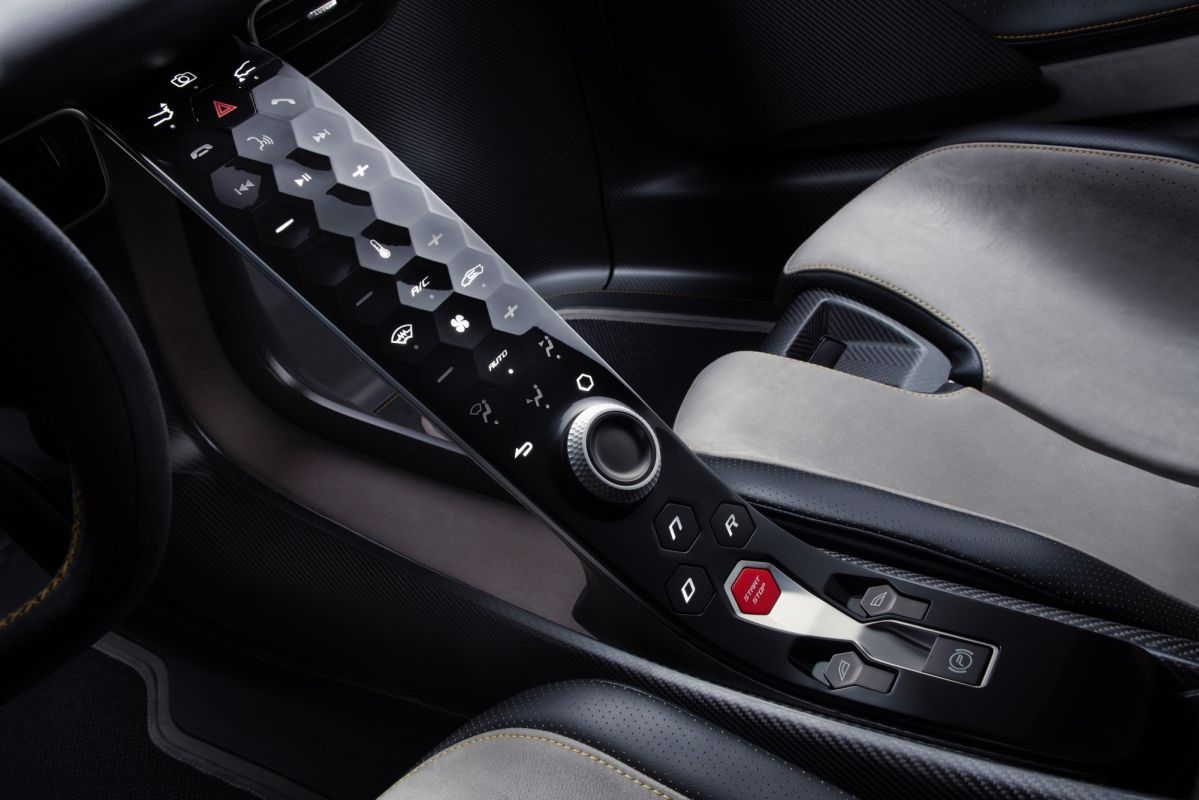 The battery has the ability to accept an 800kW charge. Although charging units capable of delivering this are not yet commercially available, when they are it will be possible to fully replenish the battery in just nine minutes.

Using existing charging technology – such as a 350kW unit, which is currently the most powerful available – the Evija’s charge time will be 12 mins to 80% and 18 mins to 100%. The car’s range is 250 miles (400 km) on the WLTP Combined Cycle, or 270 miles on the NEDC Combined Cycle. Lotus is in discussions with external suppliers on a charging solution for customers.

The CCS2 charging socket is hidden behind a vented flap at the rear of the car. In the same location is a small plaque, reminding customers of the Britishness of the Evija. The Evija is priced from £1.7m plus duties and taxes. A £250,000 deposit secures a production slot. Order books are now open through www.lotuscars.com. 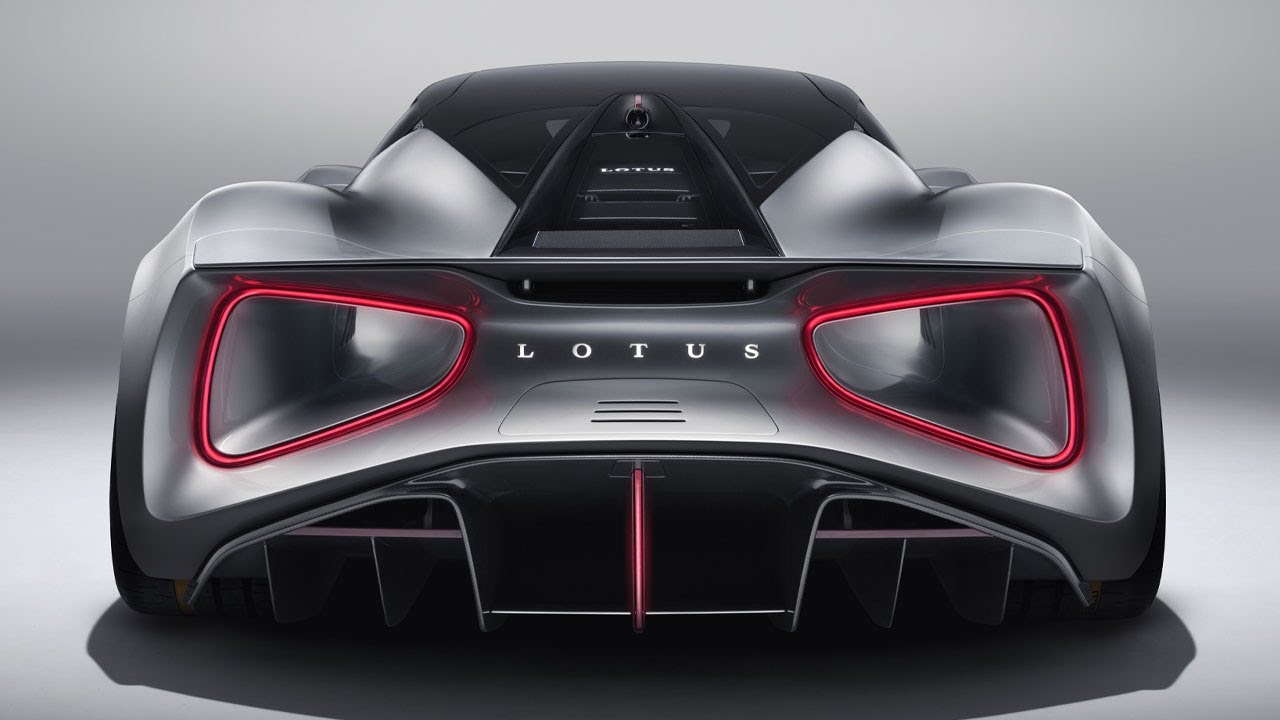