Loud Chevrolet Corvette ZR1 flexes its muscles on the Nürburgring

It's still hard work for the 2018 Chevrolet Corvette ZR1

We've seen the upcoming Chevy ZR1 plowing through the snow in Canada and facing the elements on the Nürburgring, which seems to be the hulked Vette's favorite playground.

Recent footage shows the 2018 ZR1 giving its best on the 'Ring and mercilessly making that engine sing. If the aero bits and bobs are somewhat visible - although the test mule retains its thick layer of camo foil - the engine discussion is still open and offering leeway for speculation.

Two camps argue about what's working under the ZR1's bulged hood. Some say Chevy will opt for a supercharged LT4 V8 - hence hood swelling - identical to the one inside the Corvette Z06 and Camaro ZL1. However, other voices claim a 6.5-liter LT5 DOHC unit could be on the cards.

The latter looks like a viable choice as it could also make an appearance inside the mid-engined Corvette C8 expected to appear sometime in 2019.

One thing's for sure: the ZR1 will be extremely loud, a trait that perfectly complements the newfound aero body feathered with air intake and dominated that intimidating rear wing. 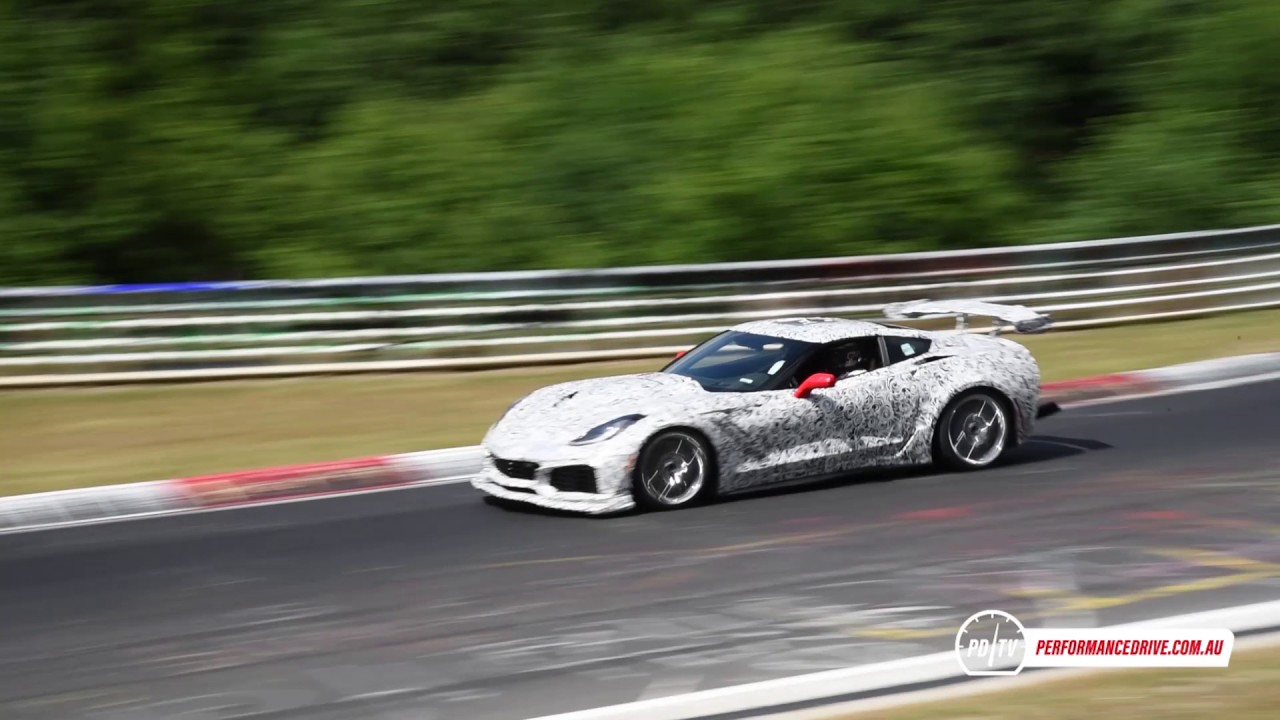