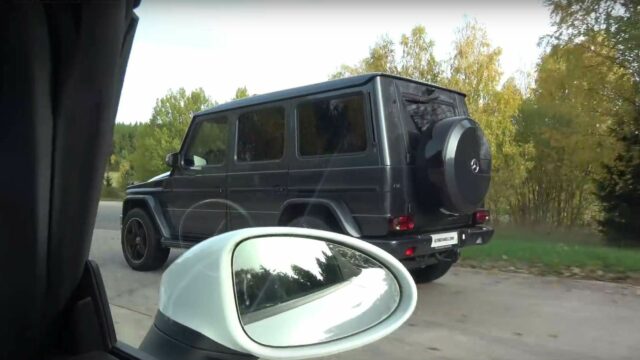 A David versus Goliath kind of story we can learn from

We all feel shivers down our spine upon every time we hear about thousands of horsepower crammed in one car. It’s the first rating criterion we think of when we talk about cars. As this clip shows, power isn’t all.

It’s unlikely to see a Mercedes-AMG G63 pitched against a Porsche 718 Boxster S in a race, without one of them being at an utter disadvantage. In this case, a drag race, the boxy G63 is the victim.

Even on paper, the G63 has no ace up its sleeve, but it’s incredible how easily the 718 gets away. Viewed from the Porsche’s side mirror, the G looks like it’s given up on the race (although it didn't’).