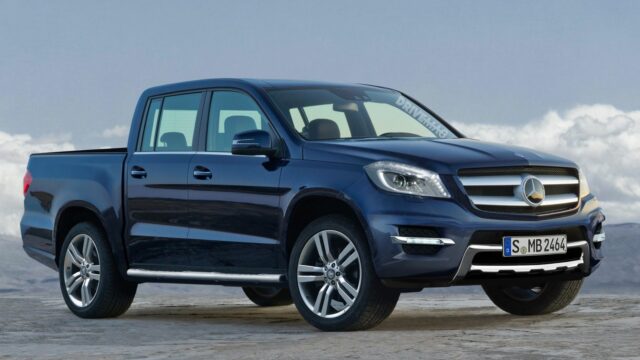 A report from France claims Mercedes-Benz will release the first details and photos about its first high-volume production pickup on October 25.

According to French television TF1's website that cites unnamed sources, the new Mercedes-Benz pickup will have its official presentation on October 25, before a formal world debut at the Sao Paulo Auto Show on November 8 and a market launch scheduled for early next year.

The model's name is not yet known, but the automaker is rumored to choose between GLT and X-Class. Whatever its name, the Mercedes pickup will share the same platform with the Nissan Navara NP300 and Renault Alaskan, since it's the result of a collaboration between Daimler and the Renault-Nissan Alliance.

The design will be the only thing that will distinguish the Mercedes-Benz pickup from its siblings, as the vehicle will feature the brand's new styling language. The front end will obviously be the most distinctive part, while the cabin will retain the layout of the donor vehicle while featuring more upscale materials.