Soon to become the vehicle of choice for heads of state, royal families, and wealthy individuals in need of protection

The brand's flagship model has just become more exclusive. Yes, that's possible, even though a "regular" S 600 Pullman costs around €500,000. That's because we're talking about the limousine's armored version, the S 600 Pullman Guard.

Designed from the outset with both non-armored and armored versions in mind, the S 600 Pullman provides an ideal base vehicle for the Guard. The bulletproof limo provides complete VR9 ballistic protection, in both transparent and non-transparent areas, and is certified for blast resistance in accordance with Directive ERV 2010. Featuring a similar protection concept as the Mercedes-Maybach S 600 Guard, the Pullman gains some adaptations needed for a 6.5-meter long vehicle. For example, it is not the rear window that is armored, but rather a steel bulkhead positioned behind the seats. Since the longer rear doors are particularly heavy, they feature power-assisted opening and closing, while the windows are hydraulically opened — a reference to the legendary Mercedes-Benz 600 Pullman from 1965.

Offering the same interior dimensions and features as the regular S 600 Pullman, the armored version looks almost the same on the outside as well. The standard dark-tinted windows in the passenger compartment are the only visible difference. 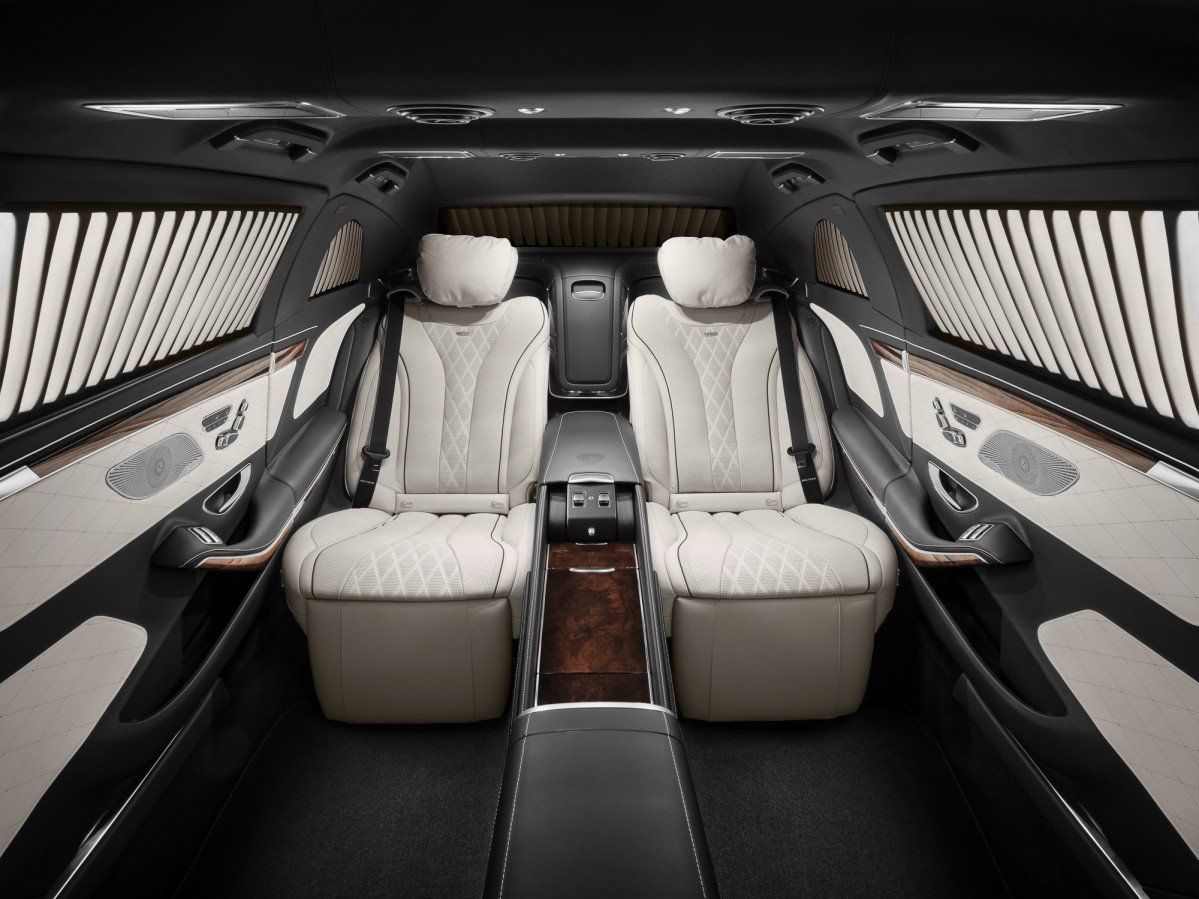 The first units will be handed over to customers in the second half of 2017, with a starting price in Germany of just under €1.4 million ($1.56 million). Vehicles delivered to authorities can be fitted with sirens, flashing lamps, two-way radios, emergency starter battery, and an external communication system (loudspeaker/microphone), among other things.