Most dependable US car brands, according to the J.D. Power 2018 study

Lexus still leads, while Buick is on the upswing

J.D Power announced its dependability data for this (its 29th) and it’s still topped by Lexus with the least number of problems per 100 vehicles, followed by Porsche, Buick, Infiniti and Kia. It says information was collected from 36,896 original owners of 2015 MY vehicles

The study says people really like their three-year old cars, as well as the fact that dependability has risen for the first time since 2013 (by 9 percent in 2017). It also discovered that the main source of problems are Audio/Communications/Entertainment/Navigation (or ACEN for short), while also noting the fact that mainstream brands are closing the gap with premium ones. Dave Sargent, Vice President, Global Automotive at J.D. Power explains that “a 9% improvement is extremely impressive, and vehicle dependability is, without question, at its best level ever. For people looking for a new or used model, now is a good time to find that special vehicle.”

When it comes to specific models, the study’s accompanying press release says “Audi Q3 is the only model in the 2018 study to receive an award in its introduction year,” while “Other models receiving segment awards are the Dodge Challenger, Ford Super Duty, Ford Expedition, Honda Odyssey, Hyundai Tucson, Kia Rio and Mercedes-Benz GLK-Class.” 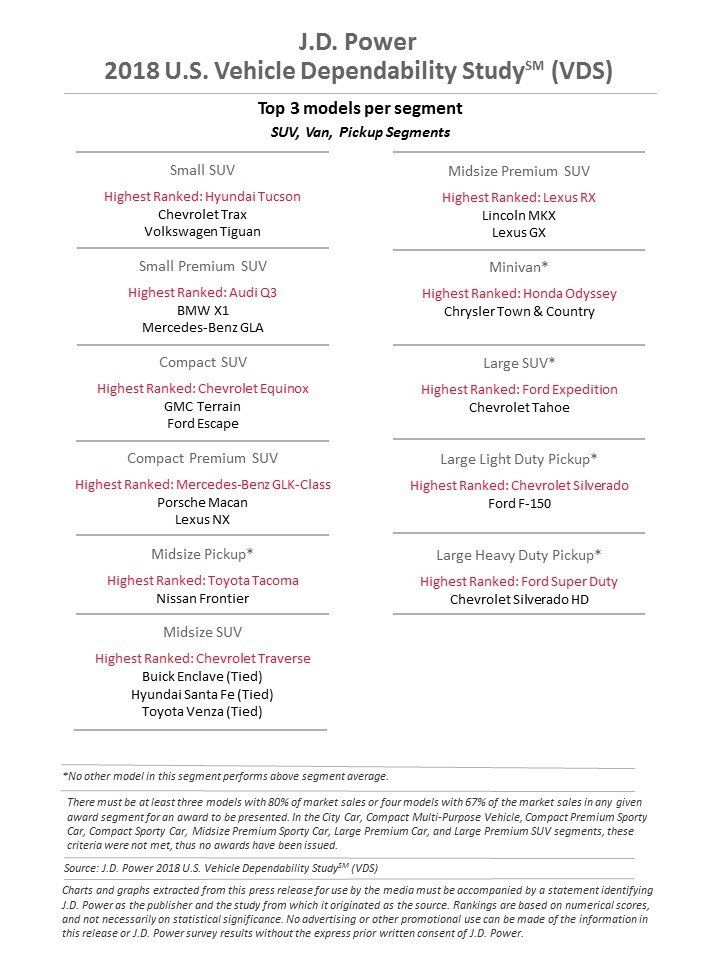