This car is the work of Ford, Lotus and Cosworth

Whenever the name Lotus is mentioned, a gearhead’s mind initially slips to either James Bond or lightweight, track-focused cars. But not all superheroes wear exotic paint on their sleek bodies.

Once such example is the Lotus Cortina. Or, better said, the Ford Cortina Lotus, a performance sedan made in the UK by Ford with the help of Lotus, as the Blue Oval was looking to go racing and needed 1,000 units built to meet the Group 2 homologation specification.

The original version was based on the Ford Cortina Mk1. Colin Chapman, the founder of Lotus Cars jumped in on the project, together with Keith Duckworth of Cosworth, who handled the engine tuning part. Speaking of engine, the powerplant of choice was a 1,557-cc unit making 78 kW (105 hp, 106 PS).

But the mod list went beyond that. Lotus engineers installed lightweight alloy body panels, a heavily upgraded suspension setup front and rear as well as new, lighter casings for the gearbox and differential. All cars were painted white with a green stripe as they came out of the Lotus plant.

Basically, Ford supplied the two-door body and platform, but also handled marketing and sales while Lotus covered the mechanical and visual tweaks.

In this episode of Jay Leno’s Garage, Jay Leno has a chat with Jim Hall, who restored a 1966 Mk1 Ford Cortina virtually from scratch, after the car sat for 30 years in Manhattan Beach garage, exposed to humidity and corrosion. As if that wasn’t enough, the owners stripped it apart with the intention of using it for racing at some point, so many of the car’s bits and bobs ended up exposed to the elements.

Its journey from zero to hero is for you to discover in the video below. 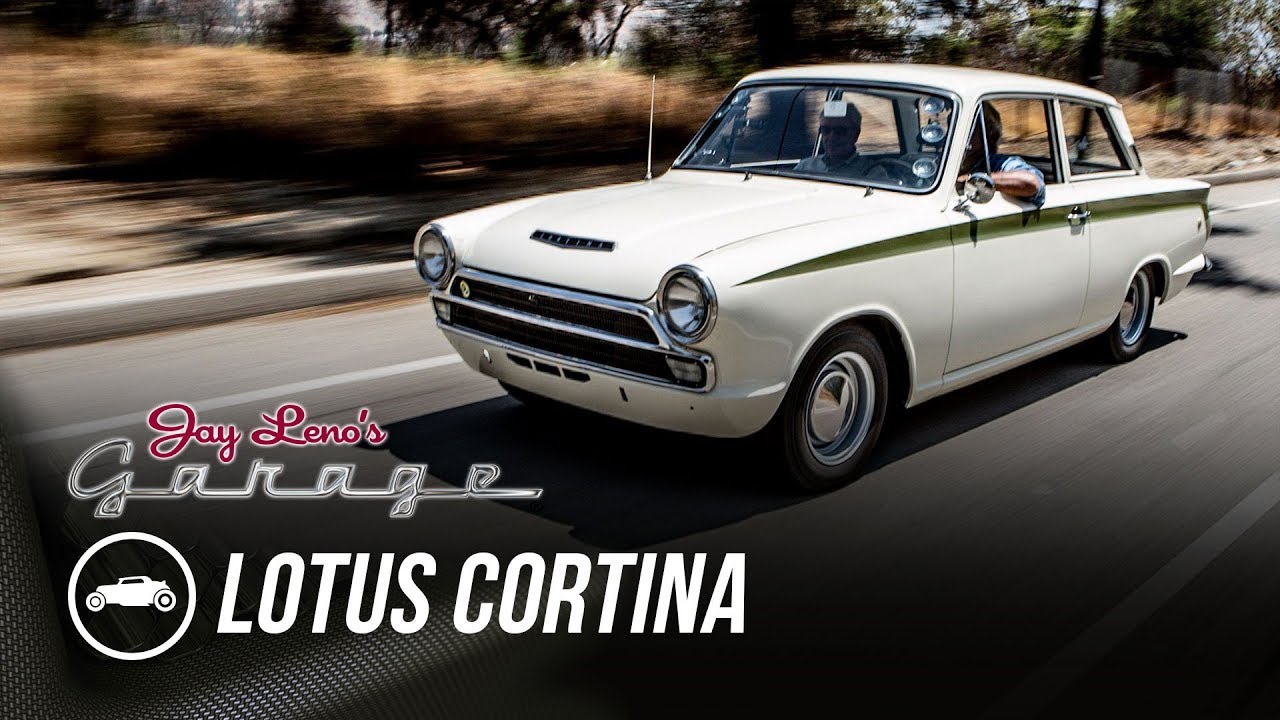