The new hot large BMW is here. Meet the M8 Coupe and its topless sibling, the M8 Convertible.

BMW has applied the M division treatment to the 8 Series model. The result is a quartet of new high-performance sports cars.

The new M8 will be available as a Coupe and a Convertible powered by the most powerful engine ever developed for a BMW M GmbH car. But, BMW went even further and offers the M8 as a Competition version. BMW M8 Competition is powered by the same engine but with even more power: 460 kW/625 hp. The model-specific chassis technology has been designed and tuned with the specific demands of track use in mind. One of the features of the chassis that stands out in particular is a newly developed integrated braking system, an M-specific version of which presents the driver with two different brake pedal feel settings. The new range-topping models from BMW M GmbH will celebrate their world premieres as part of the BMW Group #NextGen event taking place at BMW Welt in Munich on 25 – 27 June 2019. After the event in Munich, the new BMW M8 will make a public debut at the Frankfurt motor show in September. 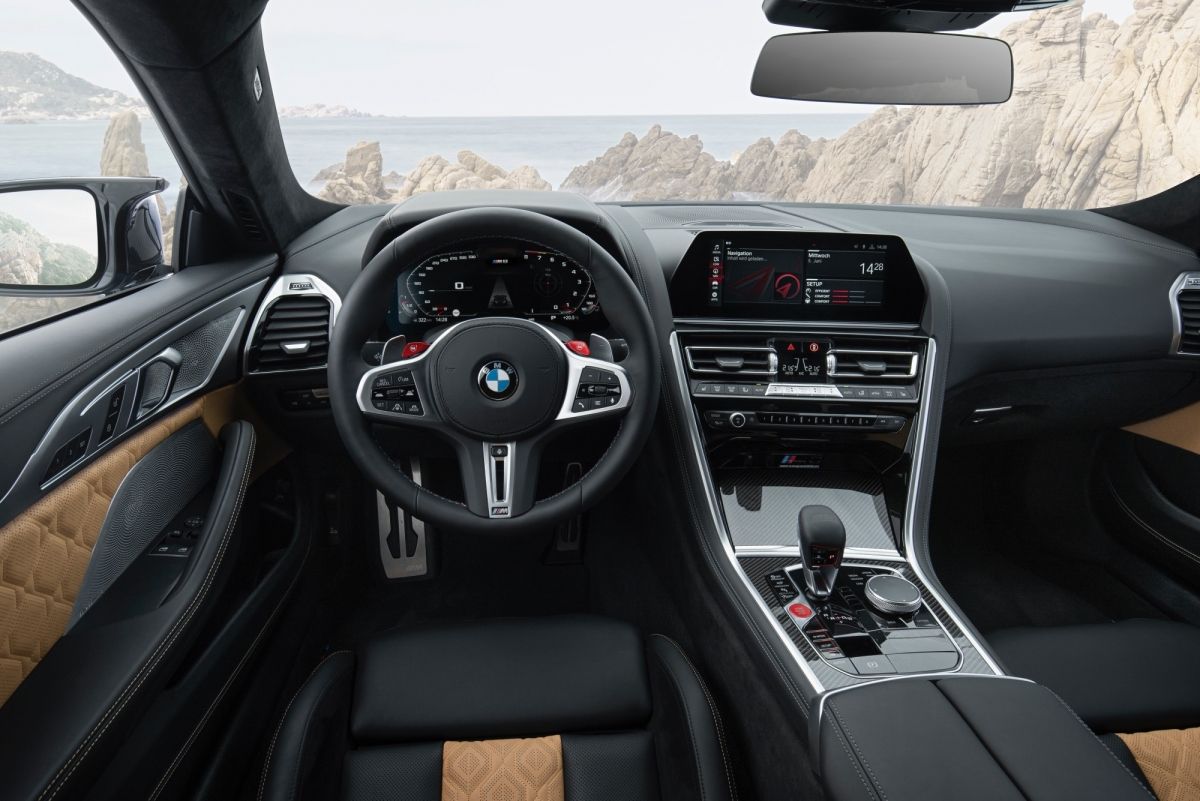 The most powerful variant of the V8 teams up with a special engine mounting for a more rigid connection with the vehicle structure. This results in even crisper engine response and also has a positive effect on the immediacy of turn-in and the transmission of engine noise into the cabin. A sophisticated cooling system ensures optimum operating temperatures at all times, both in everyday use on urban routes and when the cars are stretching their legs on the track. The central cooling module, for example, is flanked by two high-temperature water circuits. And the system also features an additional engine oil cooler and separate transmission oil cooler. The particular challenges of track driving are reflected in the design of the oil supply system. The oil sump has a smaller front chamber, which steps in when extra capacity is needed. An additional suction stage allows the map controlled oil pump to draw lubricant from the smaller chamber. This ensures a reliable supply of oil at all times, even under extreme lateral and longitudinal acceleration. Power transfer is via an eight-speed M Steptronic transmission with Drivelogic. The Drivelogic button on the newly designed selector lever allows the driver to select from three modes with specific shift characteristics for particularly efficient, sporty or ultra-dynamic driving. There are also M gearshift paddles on the steering wheel. The M8 uses four-wheels drive system that offers the choice between  standard 4WD, 4WD Sport and, with the Dynamic Stability Control (DSC) system switched off, a pure rear-wheel-drive 2WD setting. The new M8 can also be ordered with optional M carbon-ceramic brakes.