The CR-V is completely redeveloped underneath and safer, says Honda

Although deliveries for the Europe-bound new Honda CR-V only kick off later in autumn, Honda wants to make sure we’re accustomed to the engineering that went inside the SUV.

The fifth-generation CR-V has been around in the United States for a couple of years now, while Its European debut was marked earlier this year in Geneva. When it finally reaches the market, the CR-V will be available with a 1.5-liter VTEC turbo engine (as seen inside the Civic G10) and a hybrid powertrain consisting of a 2-liter powerplant assisted by two electric motors.

And yes, Honda’s been rather coy on other details back in March, but the Japanese carmaker is now letting us know more about the EU-spec CR-V. 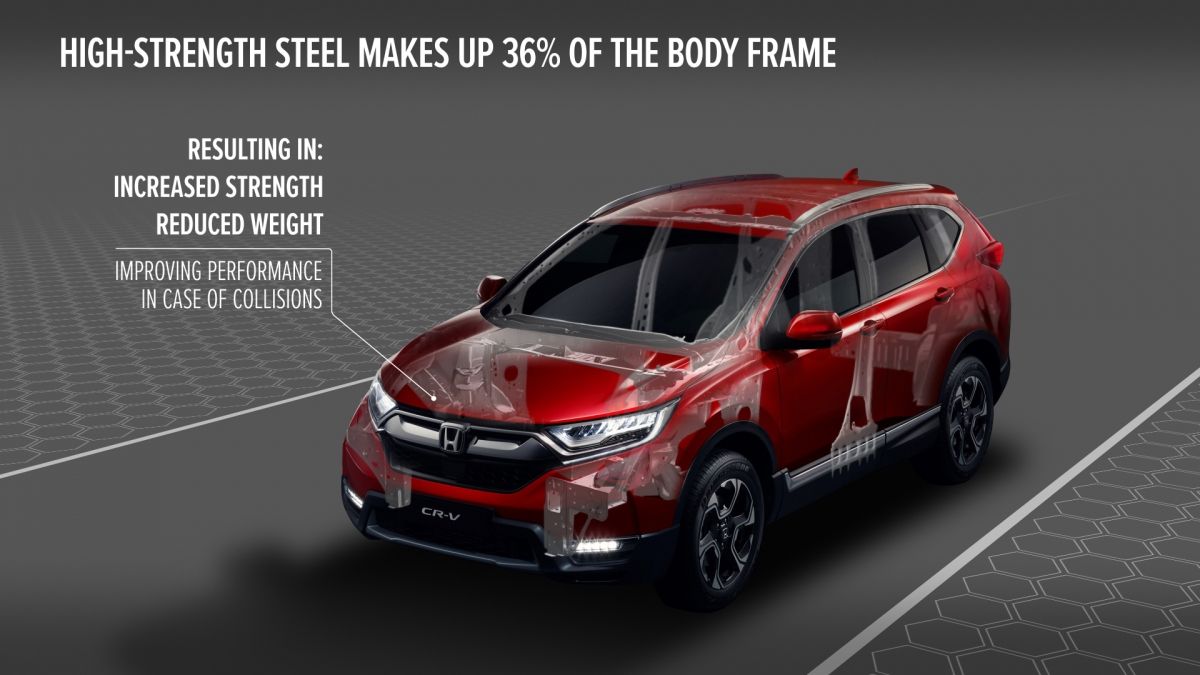 For starters, we’re being told this CR-V features the most rigid chassis even thanks to the use of ultra-high-strength steel for 9% of the body frame. As a result, bending rigidity has gone up by 35%. Torsional rigidity also got a 25% boost.

Honda also mentions that the method used to assemble the CR-V’s body sees the inner frame being assembled first, then the outer frame and lastly, the joints.

The CR-V isn’t exactly known for its enthusiastic behavior on the roar, with Honda opting for comfort in the detriment of any sort of sporty aspirations. The new CR-V, however, is set to pack a new suspension relying on MacPherson struts at the front and a multi-link setup at the rear. 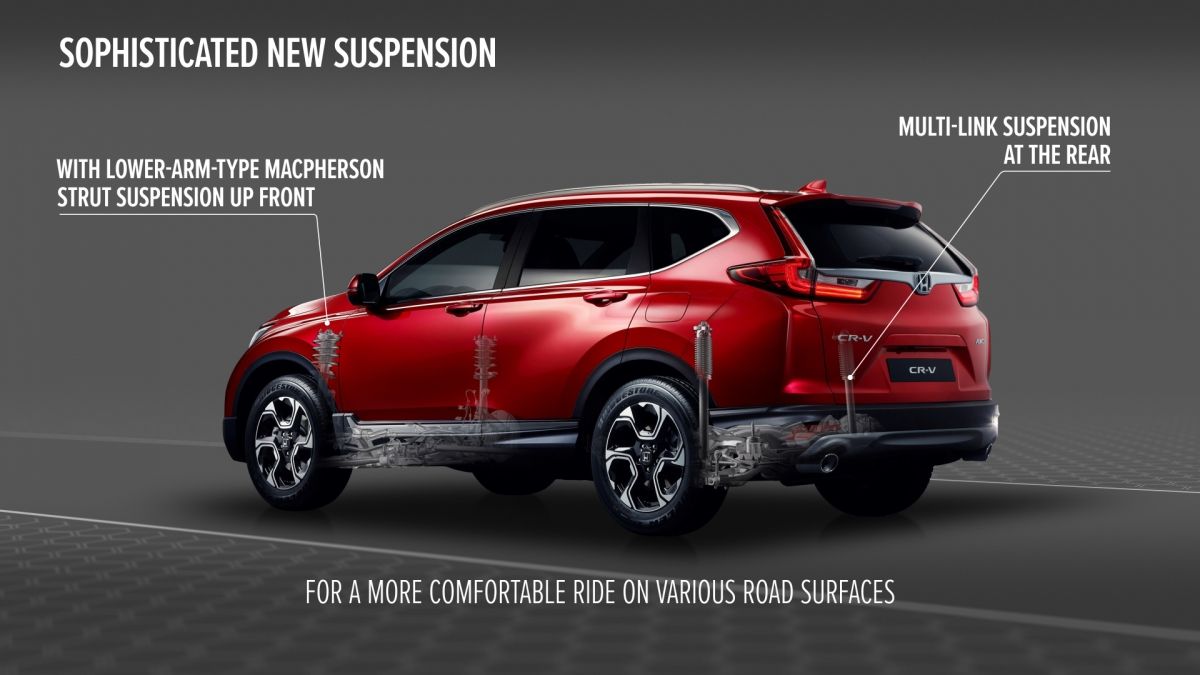 Coupled with the new electric power steering (of the rack-and-pinion breed with variable ration), rear stabilizer bar and hydraulic suspension bushing on all corners, these changes are said to turn the new Honda CR-V into a more composed and responsive vehicle on the road.

Traction-wise, the new CR-V will pack Honda’s new agile handling assist system (AHA). In essence, we’re looking at an electronic stability setup that subtly responds to steering commands in corners and lane changes at roundabouts for more stability and predictability. 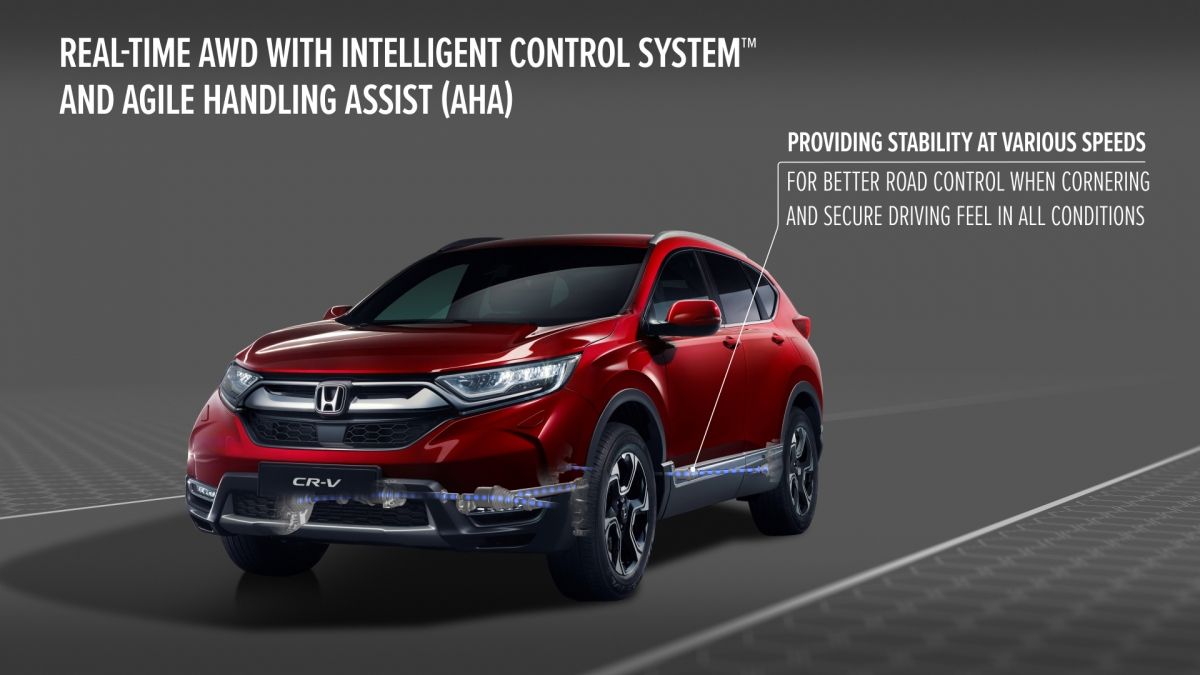 Furthermore, Honda kitted the CR-V with what it calls Real Time AWD with Intelligent Control System. In short, that’s a system which sends up to 60% of the available torque to the rear wheels when the situation calls for it - like, for example, when going up the hill. Also keep in mind that the setup is available as an option for the new CR-V

There’s a full plate here as well, but this is becoming a common sight as far as safety features go for most new cars in Europe. 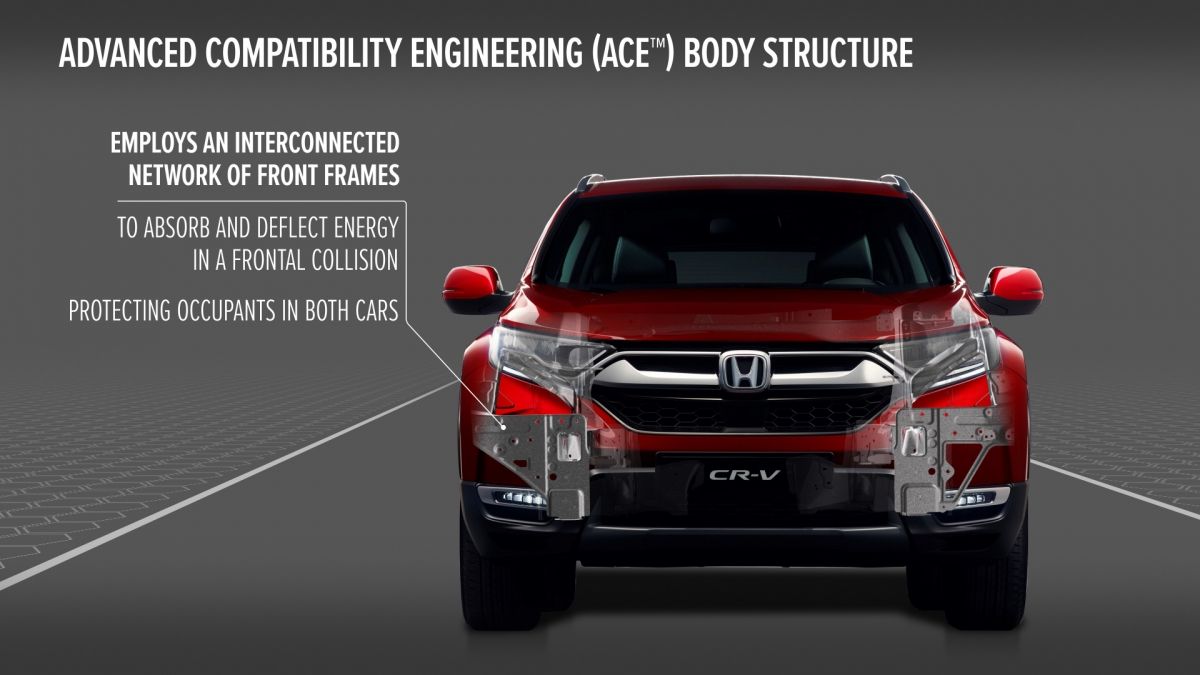 Besides a sturdier structure based on a network of front frames that neutralize the impact energies of a head-on collision, the new CR-V relies on a list of safety assist features as offered by the Honda Sensing pack. These include the likes of lane keeping assist, adaptive cruise control, forward collision warning and collision mitigating braking.