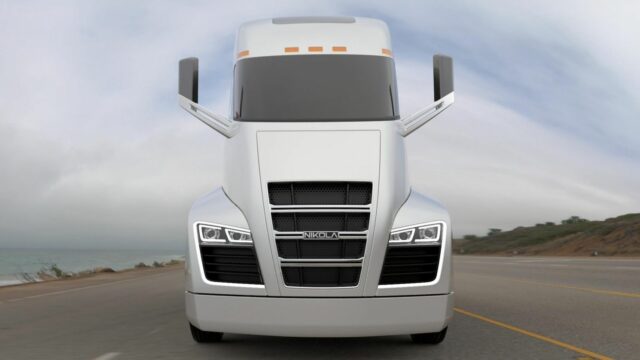 They already nicknamed it the ‘Tesla of Trucks’

In case Nikola Motor Company is an unknown name to you, then their idea of a semi-truck should do more than clear the air as far as the brand's ambitions are concerned.

After all, if there's a company called Tesla, a similar-philosophy startup wearing the Nikola (pronounced Neek-oh-la) badge should fit the diversity bill just fine.

Nikola Motor Company announced December 2 as the official launch date for a working prototype and they also claim the first 5,000 clients to pre-order the truck are in for a bonus consisting of free fuel for the first one million miles. And it looks like this tactic worked, as NMC says it cashed in 'more than $2.3 billion in reservations, totaling more than 7,000 truck reservations with deposits.'

But it's all nice and dandy until one gets an eye on Nikola One semi-truck's outrageous, eyebrow-rising specs. Nikola One is supposed to rely on a 335-horsepower electric motor and a dual gear reduction mounted at each of its six wheels. If we draw a line and do the math, the result is in excess of 2,000 hp and 3,700 lb-ft (something in the region of 5,017 Nm).

The juice needed to move the Nikola One comes from a liquid-cooled 320 kWh Li-ion battery pack made of around 30,000 cells charged by a turbine that acts like a range-extender. According to NMC, the turbine can run on gasoline, diesel or natural gas and the truck's on-the-road manners are kept together by a torque vectoring function.