Nissan will be introducing an intriguing new technology at CES 2018 trade show in Las Vegas, one that will give the automaker's future self-driving cars direct access to the drivers' brains.

Sounds creepy? Well, it is in a way. Dubbed "Brain-to-Vehicle" (or B2V), the technology aims to streamline the interaction between the driver and the vehicle by allowing the latter to learn from the former. 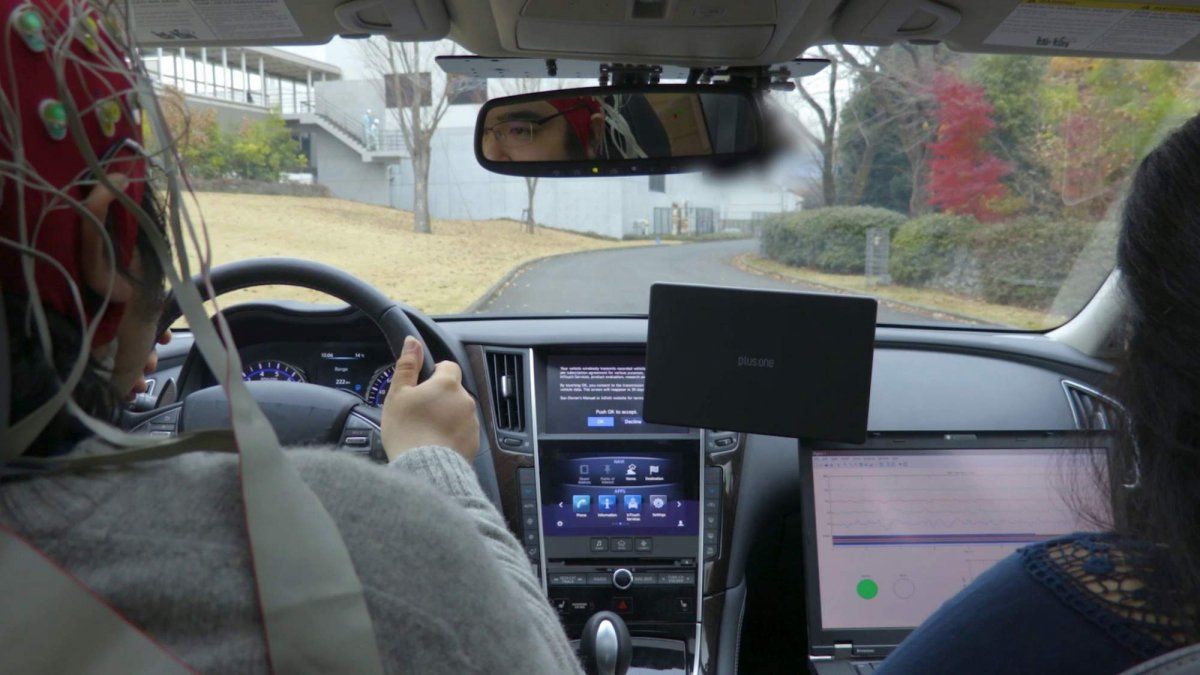 More specifically, the vehicle will be able to interpret signals from the driver's brain, speeding up reaction times and leading to cars that "keep adapting to make driving more enjoyable," according to Nissan.

To use B2V technology the driver needs to wear a device that measures brain wave activity, which is then analyzed by the vehicle's autonomous systems. Using brain decoding technology, B2V can predict a driver's actions and detect discomfort. For example, by catching signs that the driver's brain is about to initiate a movement — such as turning the steering wheel or pushing the accelerator pedal — driver-assist technologies can begin the action more quickly, improving reaction times and enhancing manual driving. Nissan estimates reaction times would drop by 0.2 to 0.5 seconds using the technology. Here's another application: by detecting and evaluating driver discomfort, artificial intelligence can change the driving configuration or driving style when in autonomous mode.

According to Dr. Lucian Gheorghe, who's leading the B2V research at the Nissan Research Center in Japan, other possible uses include adjusting the car's internal environment, for example using augmented reality to change what the driver sees and create a more relaxing ambiance.

"When most people think about autonomous driving, they have a very impersonal vision of the future, where humans relinquish control to the machines. Yet B2V technology does the opposite, by using signals from their own brain to make the drive even more exciting and enjoyable."

Obviously, this tech has incredible potential, but there are many privacy issues to take into account. Who's to say the car's AI won't go deeper into the driver's brain than it's supposed to and decode brain waves that have nothing to do with driving? It would also give Nissan access to the way its customers think and act, and the implications of this cannot be overstated.

Nissan will use a driving simulator to demonstrate some elements of the technology at CES, and Dr. Lucian Gheorge will be available to answer questions.

If you want to see how far autonomous technology has come, check out this video showcasing Renault Symbioz's Level 4 self-driving capabilities.