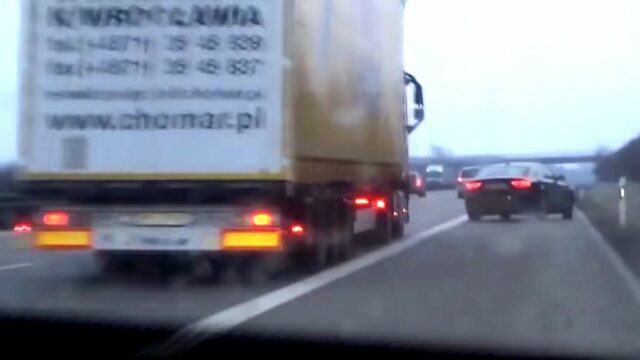 Drive it like you stole it. At least, that's the saying, and you already saw lots of movies in which the perpetrator escapes from a high-speed chase with the police. In real life, though, you'll most likely end up in prison. Or dead.

Unlimited speed on the German Autobahn is something we all cherish and long for, but don't think you'll be able to evade German Police if you slalom on the highway pedal to the metal. Because no, you'll never outrun them – the Germans have fast cars that will tailgate your Audi A5 even if you cross the 150 mph (240 km/h) mark. As seen in this real-life Hollywood-style high-speed chase.

The Polish guy driving the stolen Audi A5 made some pretty dangerous maneuvers during the chase but to no avail. Fortunately, nobody was seriously hurt in the MPV he hit, and his luck didn't run out after falling from the car either, as the German officers didn't run him over American-style. He will now spend over three years in prison, learning how not to be fast and furious on the German highway.