A racing car that remained unchanged for 52 years

Porsche Museum has decided to preserve the unique Porsche 910/8 Bergspyder.

This special racing car will not be restored, but it will be preserved in the actual state right down to the rusted front bonnet, where now-weathered paint once shone in primary colors, scuffed seats, on which the faintest traces of flocking remain, and the toothless timing belt, stretched ineffectively across the injection pump drive – it will all be preserved for the sake of authenticity. “We do nothing to alter the condition,” says Alexander Klein, Head of Vehicle Management at the Porsche Museum. “Any tinkering would destroy its unique originality.” That applies to all of its functions too: the engine must never run again, the racing car will not be driven anywhere. “We have no intention of returning it to a ready-to-drive state,” explains Alexander Klein. “The Bergspyder has fulfilled its mission – it has already proven that it can drive and win.” Preservation instead of restoration. This is the first time that the Porsche Museum has decided to exhibit a classic car that survived its entire racing career, and has been completely unaltered ever since. This is a rare thing, as only three racing cars of around 640 Porsche vehicles from the museum’s treasure trove have gone untouched since decommissioning. “Attitudes towards classic cars and what to do with them have changed markedly in the past ten years,” explains Achim Stejskal, Director of the Porsche Museum. “The focus is no longer just on restoring them to their original pristine condition.” 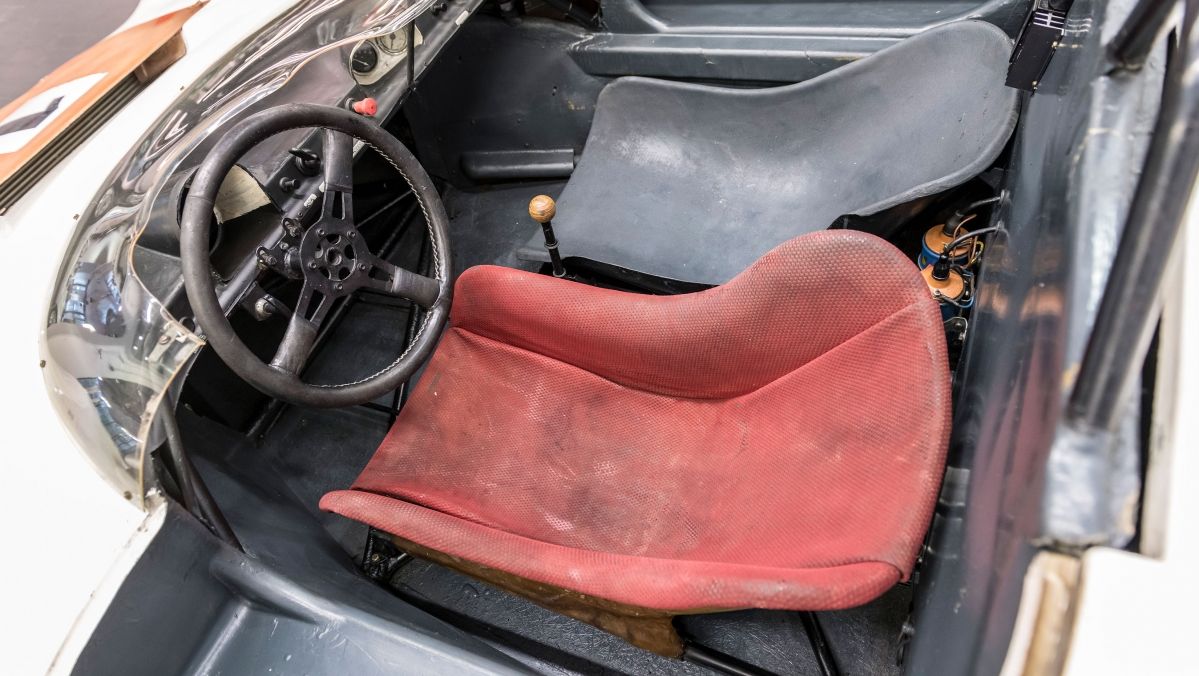 Alexander Klein explains: “We’ve been considering a project like this for a very long time.” Now, the time is right, and the 910/8 Bergspyder is the ideal subject. The car last raced in 1967, after which its brake fluid, fuel, and oil were drained, the battery was removed, and ultimately the car was added to the archive. The racing car has languished there ever since, occasionally being moved to a new spot, but never losing its original glory. The 910 031 was the favourite factory car of Gerhard Mitter, who won the then-popular European Hill Climb Championship in 1967, and to this day, the Bergspyder persists as a prime example of the synthesis between power output and lightweight construction. 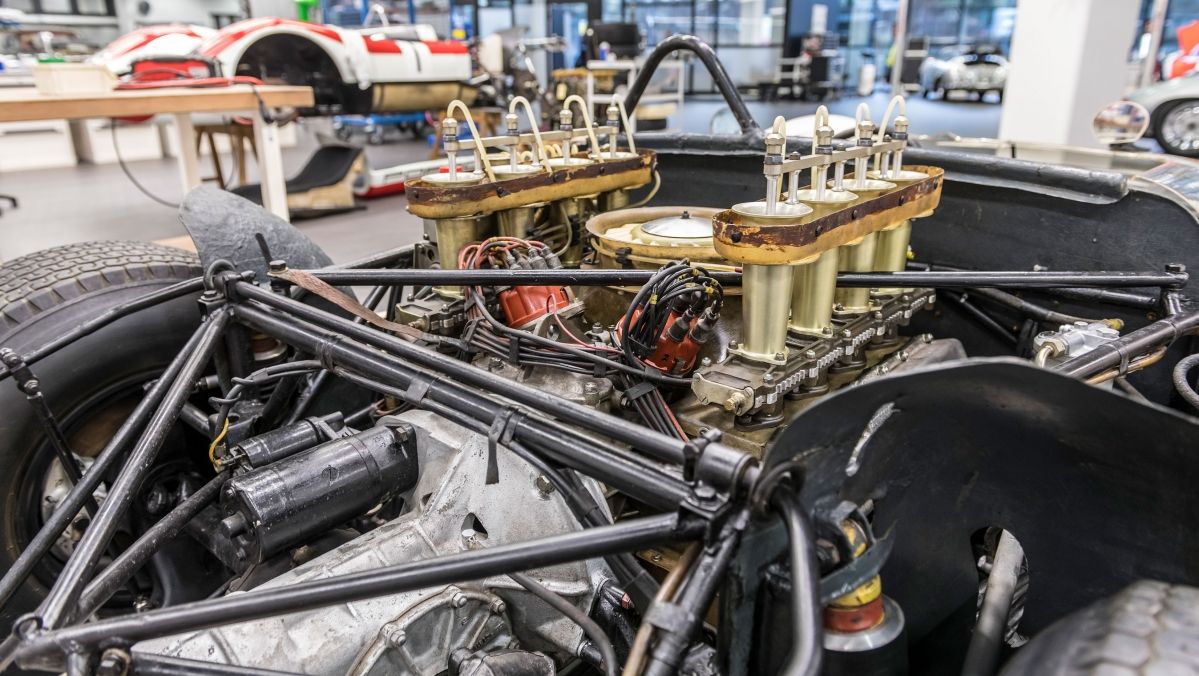 The Bergspyder has an eight-cylinder boxer engine with fuel injection and power output of 275 PS that sits in front of the rear axle; the car was built with lightweight titanium, magnesium, aluminium, and plastic replacing conventional materials. The 26-litre fuel tank contains electrum, though race engineers later switched to an aluminium tank. Without an alternator, the power for the transistor-controlled ignition was supplied by a silver-oxide battery, which also powered the horn and turn signals – in consideration of potential registration of the car for public highways. Under the glass-fibre shell exists a steel space frame, and the chassis was designed in line with Formula 1 standards of the time, featuring extremely light 13-inch magnesium wheels for short hill sprints. Two coil springs reduce the weight on the front axle. The 910/8 Bergspyder weighed in at less than 450 kg, and accelerated from 0-100 km/h in around three seconds. 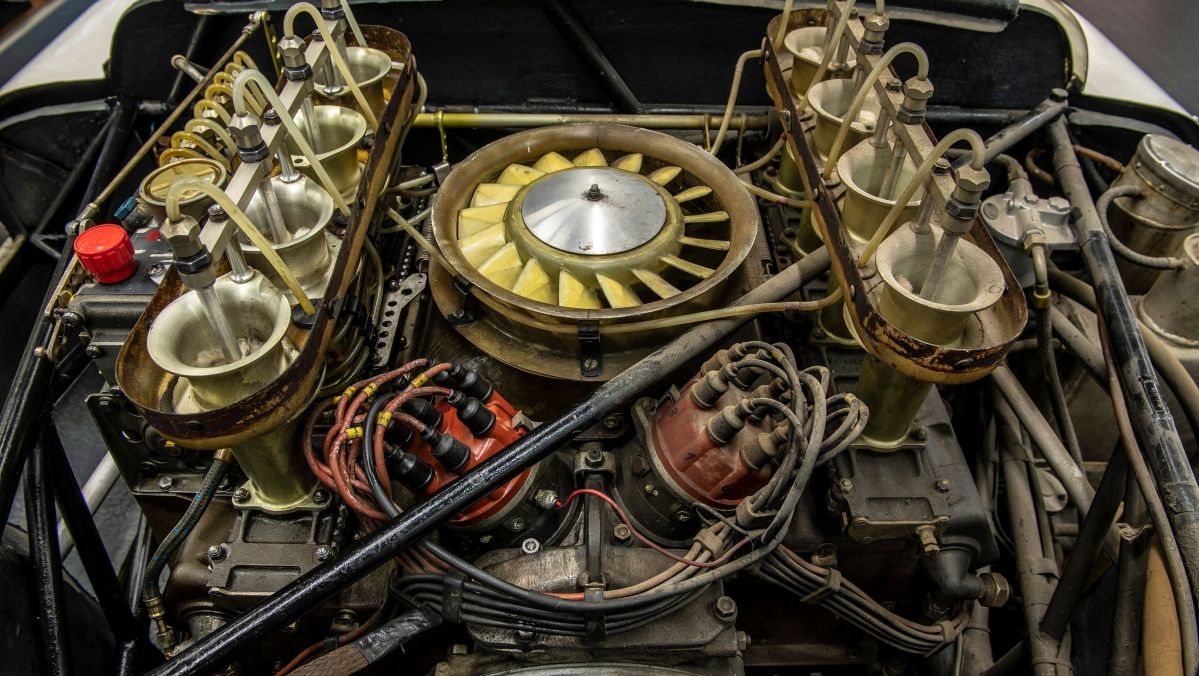