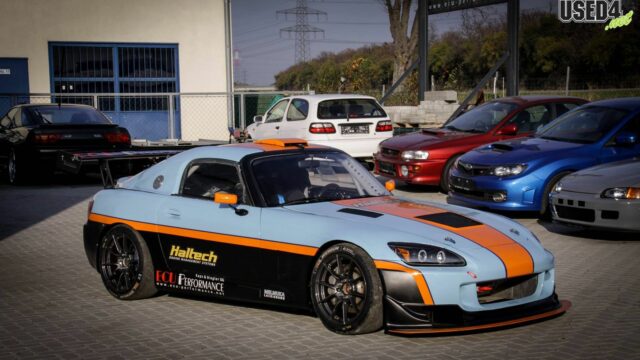 With 450 hp and extensive track-focused mods, saying it looks like fun is an understatement

Honda S2000s are shooting up in value, and the fewer mods they have the more they are worth. It’d be a real shame to rip out its 2.0-liter engine, for instance… unless you replace it with another Honda engine, the V6 from an NSX.

The thing is, the NSX 3.2-liter six-pot makes not much more than 280 hp, which is only 40 up on the stock S2000 output. So in order to make the swap worthwhile, you need to tweak the V6 a bit to extract some extra oomph.

And that’s exactly what ECO Performance did in creating this… ahem, S3500. The engine has been stroked to 3.5-liter and it now makes 450 hp and 400 Nm torque (thanks to other mods as well, like individual throttle bodies, custom headers and exhaust), all of which is sent to the rear tires via a six-speed sequential gearbox.

To complete the list of mods, the car has been fitted with KW Competition suspension, aero bits including a massive rear wing, as well as a hardtop.

It looks like this S2000 hasn’t been ruined by being turned into an S3500 – this modded Honda is truly proper in our book, especially if it drives as well as as it looks with all its racy bits bolted on.