And gives it a performance and styling upgrade in the process

Every year, the "Tune it! Safe!" campaign supported by Germany's federal transport ministry and aftermarket companies turns a tuning project into a police car.

The car chosen to promote the campaign for safe tuning in 2018 is a VW Golf R extensively modified by German aftermarket specialist Oettinger. Called the Oettinger Golf 400R "Tune it! Safe!" Concept, the Golf R sports a colorful "Polizei" uniform courtesy of a foil wrap from Foliatec, flashing lights from Hella, and Hankook high-performance tires wrapping the 20-inch rims, among other things. Fortunately for you, the Golf R400 won't go on patrol — it's just a show car used to promote safe and compliant automotive tuning across Germany as part of the Initiative for Safe Tuning, which is sponsored by the Federal Ministry of Transport, the Association of Automobile Tuners (VDAT) and other organizations and institutions. 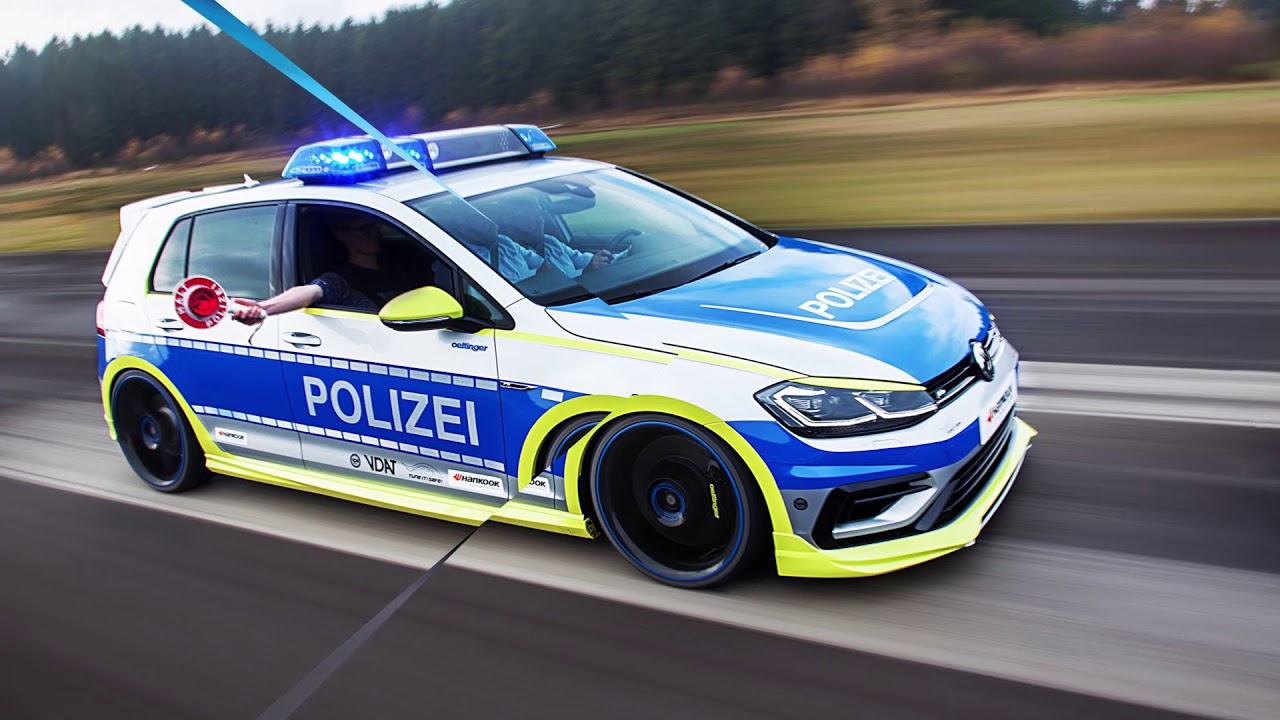