Created in collaboration with drifting champ Vaughn Gittin Jr., the one-off Mustang GT is a tribute to the Royal Air Force’s 100th anniversary, which is why the Goodwood Festival of Speed was chosen as a venue for the unveiling. As with previous aviation-themed Mustangs, Ford will put the Eagle Squadron Mustang GT up for auction on July 26 at The Gathering to benefit the Experimental Aircraft Association’s youth aviation education programs. The latest project is the 10th customized Mustang the company has provided to benefit the charity fund-raiser.

As the name clearly suggests, the custom Mustang GT is inspired by the Eagle Squadron, a group of U.S. volunteer pilots who flew combat missions alongside the RAF over Europe from British airfields near Goodwood prior to the United States entering World War 2. Inside, the custom Mustang GT offers a leather interior featuring Recaro racing seats with embroidered Eagle Squadron logo, a hand-engraved shift knob made from metal melted down from an F-35 Lightning, and a one-of-one hand-engraved badge made from genuine Spitfire aluminum. The car’s mean looks are backed by a Ford Performance supercharger kit first introduced at the 2017 SEMA Show. The upgrade lifts the 5.0-liter V8’s power and torque to 700 hp and 610 lb-ft (826 Nm) at 12 psi of boost on 93-octane fuel. The engine is linked to a Tremec six-speed manual transmission with Ford Performance short shifter, and the massive power is put down via an upgraded heavy-duty rear axle also supplied by Ford Performance. Vaughn Gittin Jr. put the Eagle Squadron Mustang GT to the test yesterday on the Goodwood Festival of Speed Hillclimb course. If you missed it, you can still check out the car at the Ford booth during the weekend. 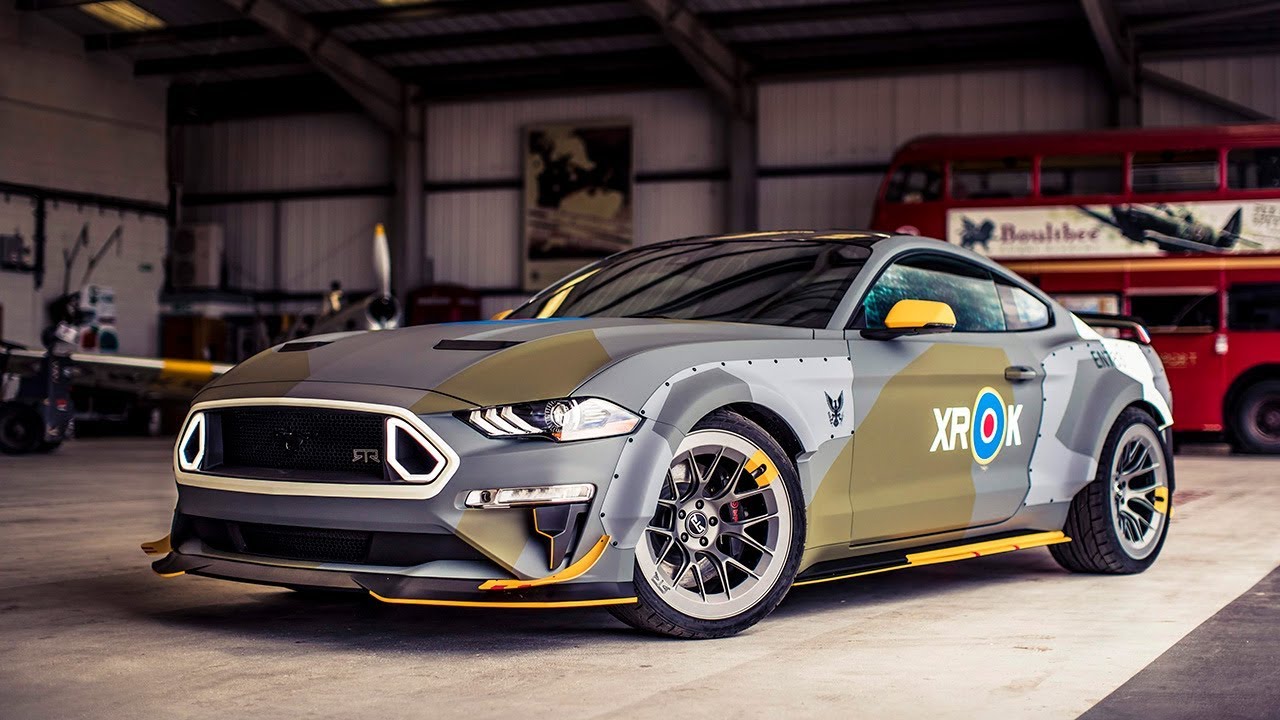