Surprisingly, not the understeer is what caused this awful crash

When it comes to FWD cars, understeer is the usual suspect in case anything goes wrong. But this previous generation Opel Astra crash on the Nürburgring does not seem to be caused by this scary phenomenon.

The crash occurs in the Eschbach-Brünnchen succession of corners, at 15-16 km on the Green Hell. The Eschbach corner is a downhill right-hander that can trick you into thinking is easily approachable.

And that’s the most probable explanation for what led to this awful crash; this Opel Astra driver entered Eschbach carrying too much speed, before hitting the brakes.

The front wheels don’t seem to be steered, which means the driver didn’t expect this corner to be this tight. Also, the back of the car unloads, meaning the driver was hard on the brakes. We shouldn’t rule out the scenario in which the brakes lost their stopping power — the crash happens after 15 kilometers of hard stress. 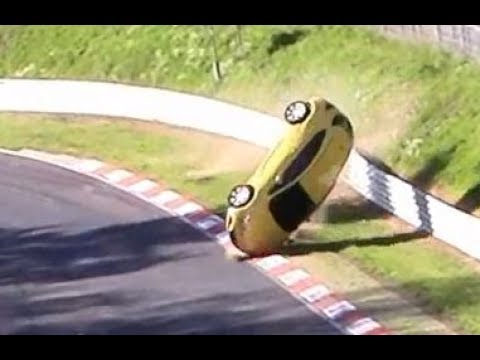