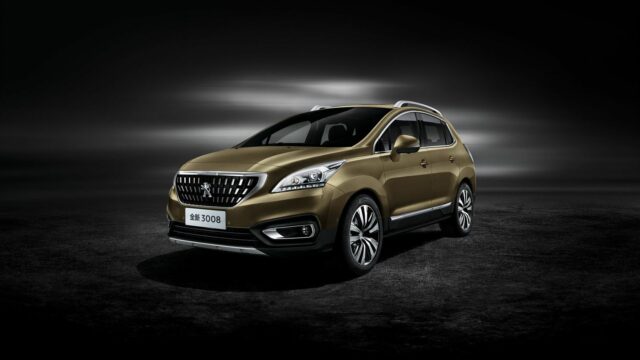 No, this is not the all-new 3008 everyone is waiting for

While the all-new 3008 crossover may debut in late 2016 in Europe, Peugeot has decided to extend the life of the current model by giving it a subtle makeover. The changes apply to the model sold on the Chinese market, as the refreshed 3008 debuted at Auto China 2016 in Beijing.

Changes applied to the compact crossover include exterior design updates and the addition of new safety technologies. From a styling point of view, the Peugeot 3008 sports a more upright front end with a checkered flag radiator grille that features the lion emblem at the center.

At the rear, the facelifted crossover gets a new light signature with three strokes on a black background. Although the automaker hasn't released photos with the 3008's rear end yet, the description sounds similar to the light signature used on the 308 Sedan – another Beijing debut.

Equipment-wise, Peugeot has introduced two driving aids to the 3008 that are brand new to China: Visio-Park II offering a 360-degree view around the vehicle and collision risk alert.

Peugeot did not say whether the changes applied to the 3008 in China will be seen in other markets as well. However, the automaker announced that the facelifted 3008 is the second Peugeot SUV out of five to launch in the world in 2016. The 3008 has been a big success for Peugeot in China, with sales exceeding 200,000 units in the last three years.

The second-generation Peugeot 3008 is expected to debut at the Paris Auto Show in October 2016. The automaker has already previewed the interior of the upcoming 3008 which features the brand's latest i-Cockpit cabin driving concept.