Please pay attention to the road ahead

A powerful reminder of why you always should

You mind finding a bit disturbing the clip below, due to its brutal nature. Rest assured, though, that no one was killed. Which is simply amazing.

The incident happened on a Toronto highway, and involved a stationary truck (with people in, and near it) and a high-speeding car, resulting in a tremendously powerful crash that sent the truck’s rear axle flying into the air.

The truck was previously involved in a hit-and-run and was waiting to be lifted on the platform — from which this clip was filmed. Due to the camera angle, and poor film quality, we can’t see if the hit-and-run victim (or the platform operator) placed warning signs on that lane, but there’s hardly any excuse for the white vehicle driver — except for a stroke, maybe. It’s clear he, or she wasn’t paying attention to the road ahead, as there doesn’t seem to be any intent in braking or avoiding the several-thousand-pound obstacle. 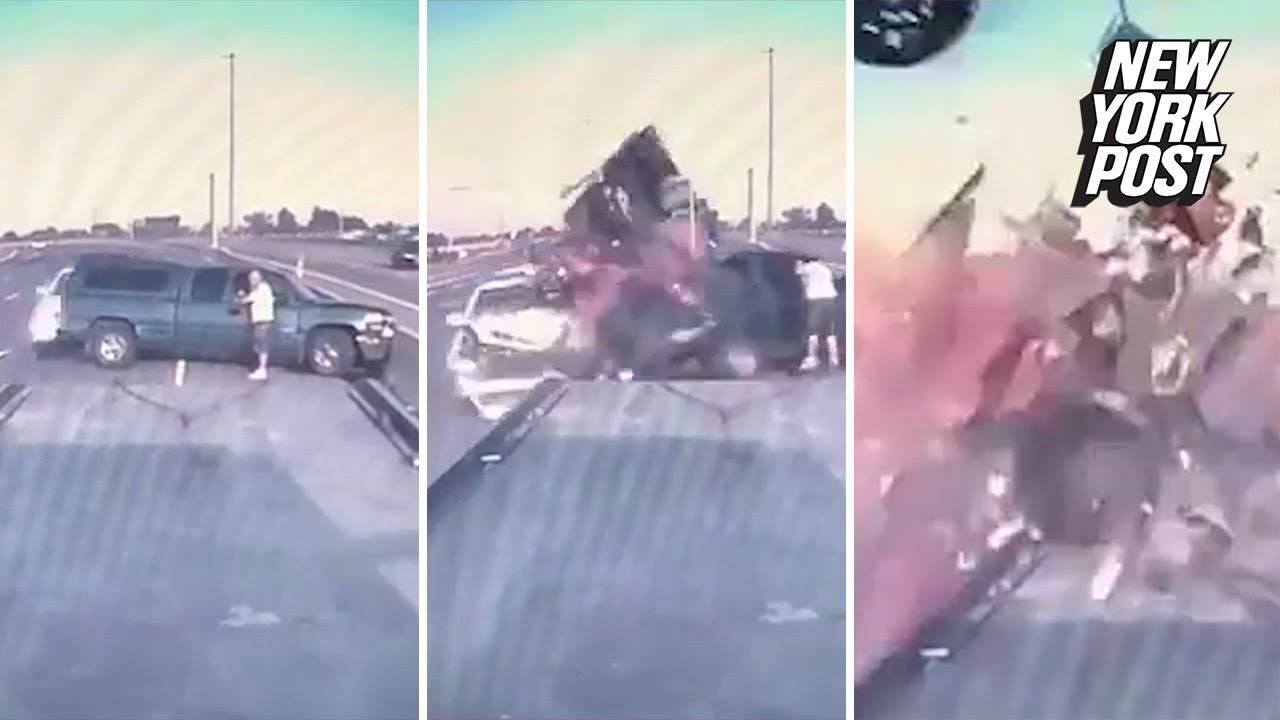 Needless to say, the three were very, very happy to get out of this ordeal alive, especially the truck passenger and the man sitting next to the car.

SEE MORE: Can you explain how was this Mercedes-AMG GLE 63 overturned by a mere roundabout?