Which comes out on top?

The Nissan GT-R (even in Nismo guise) is steadily heading towards its retirement. But that doesn’t mean there’s less fire left inside its belly. To demonstrate that, Fifth Gear picked the might Porsche 911 GT3 RS.

With over 1,100 hp between them, these two are tightly matched when it comes to power-to-weight ratio. So, Fifth Gear proposes three tests that would reveal which supercar is better.

Before we send you to the video below, a quick mention: the 911 and the GT-R Nismo are both powered by six-cylinder engines – of course, the arrangement is different – positioned up front in the GT-R’s case and at the rear when it comes to the Neunelfer.

There’s a dual-clutch gearbox working inside both, but it’s hard to beat Porsche’s PDK. However, the GT-R sends power to all four wheels, while the GT3 RS bombards only its rear axle with torques and horses.

Throw in a wet track surface and we should be in for a treat watching these two facing the challenges thrown at them.

There’s the video in case: 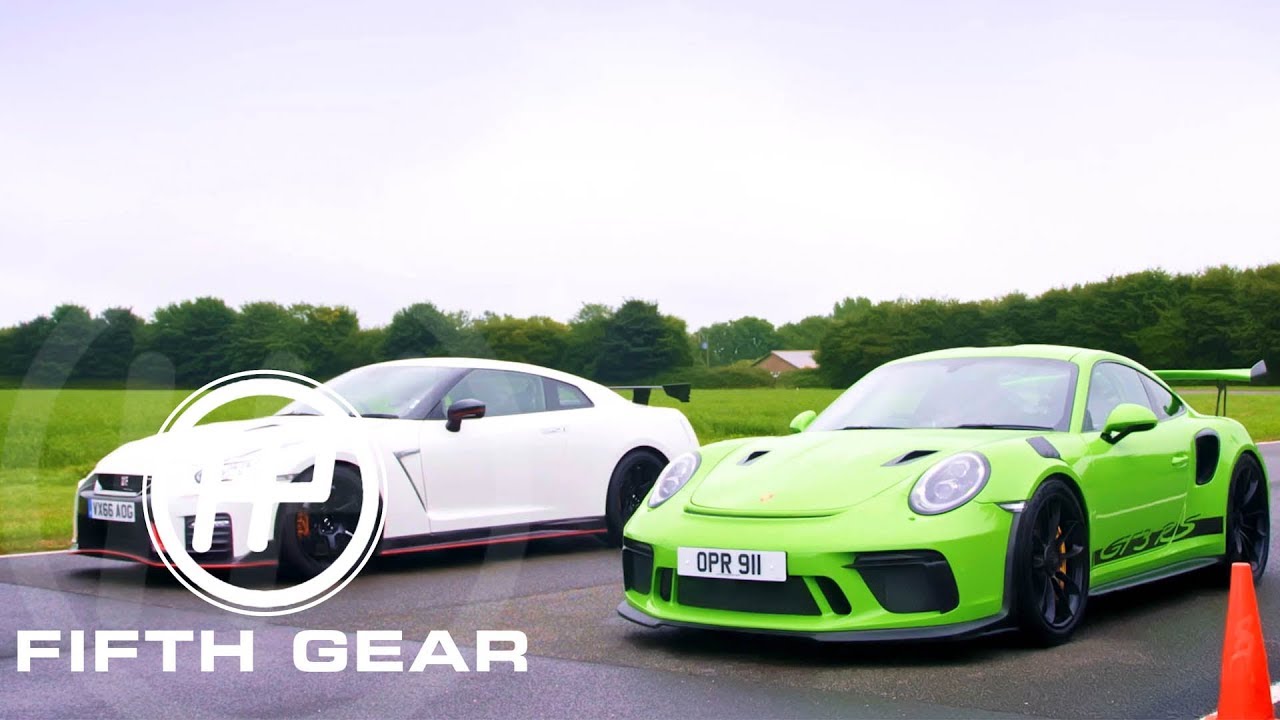 READ MORE: Nissan GT-R 50 is not the new GT-R, but could very well be