The Czech SUV also gets new engines for 2018

Next month's Geneva Motor Show will host the debut of the Skoda Kodiaq L&K, named after the company's founders Laurin and Klement. As with other L&K-badged models, the name designates the best-equipped trim level, adding styling tweaks that distinguish it from lesser Kodiaq models. 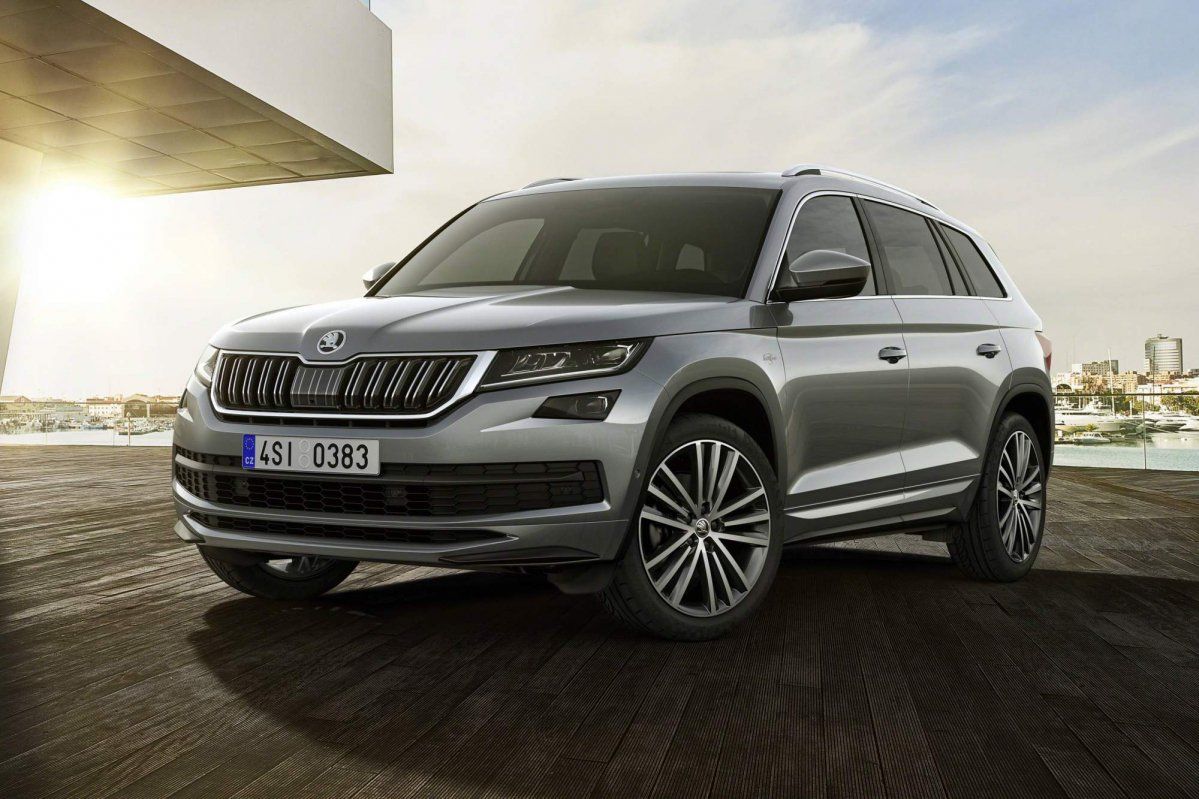 Those include a grille with vertical slats and chrome trim, 19-inch "Sirius" alloy wheels, full LED headlights, a modified rear bumper, and "Laurin & Klement" badges on the front fenders.

Inside, the Skoda Kodiaq L&K comes with leather upholstery and piano-black trim, with other goodies including a three-spoke multifunction steering wheel wrapped in leather, as well as "Laurin & Klement" logos on the seats and trim strips of the instrument panel. The Kodiaq L&K marks the debut of new engine variants, including a 150-hp 1.5-liter TSI and a more powerful 2.0 TSI which now makes 190 hp (up from 180 hp). Both new gasoline engines feature particulate filters and can be equipped with the latest generation 7-speed DSG. The range-topping Kodiaq can also be had with 2.0 TDI engines with 150 hp and 190 hp, respectively. All-wheel drive is standard for the 190-hp models, while 150-hp units get it as an option. The Adaptive Chassis Control DCC (Dynamic Chassis Control) is available for AWD variants of the Kodiaq L&K.

As a reminder, the upper end of the Skoda Kodiaq lineup also includes the rugged Scout and dynamic Sportline models.