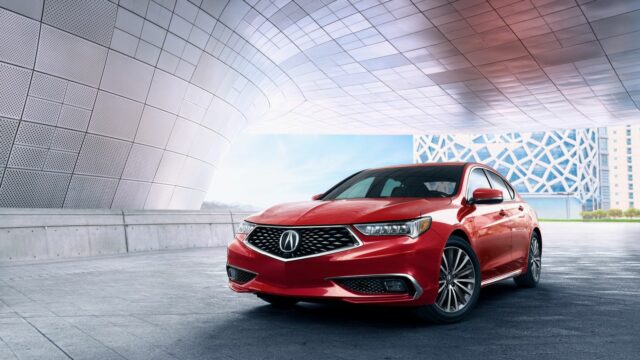 Let’s call it an alignment to the norm

Acura's focus on young buyers rubs off on the revised 2018 TLX which now features a crisper exterior design and up-to-date infotainment functions.

The range is split between three versions: TLX, V6 TLX and TLX A-spec. The first relies on a 2.4-liter, inline-four powerplant (206 hp) hidden behind a new front fascia and a diamond pentagon grille, a new bumper, and a sculpted hood.

Upping the ante a bit, the V6 TLX grade (wrapped around a 3.5-liter V6 engine with 290 hp on tap) earns dual final exhausts, a rear diffuser and a Technology Package that adds more chrome and new seats. There's also an Advance Package that takes visual cues to a higher level through LED fog lights, LED ambient lighting and a body-colored decklid spoiler.

For now, the only thing to be revealed by Acura remains the 2018 TLX's price tag.