It starts $550 higher than the 2018 Pilot, but you do get more standard features for the money

The third-generation Honda Pilot launched in 2015 as a 2016 model, so it was about time for a mid-cycle refresh — something the automaker announced late last month.

Meet the 2019 Pilot, which brings updated styling, powertrain refinements, and more technology features as standard. The eight-seat SUV has arrived in dealerships July 16, so here’s everything you need to know about it. Starting off with the styling, Honda describes the updates as “aggressive,” but we wouldn’t go that far. On the outside, highlights include a new front fascia with a “flying wing” grille design, standard LED low-beam headlights and larger fog light housings, refreshed taillights with LED backup lights and a new bumper at the rear, chrome accents, and new 18-inch wheels. Buyers can tweak the 2019 Pilot’s looks even further with available features such as the LED fog lights, multi-element full-LED headlights, and 20-inch alloy wheels. Inside, the 2019 Honda Pilot brings new technology upgrades as well as tweaks including new trim around the vents, available 3-way heated front seats, wider fold-down armrests for the driver and front passenger, and a broader availability across the lineup of the optional second-row captain’s chairs and second-row retractable sunshades. Touring and Elite grades offer a hands-free power tailgate for the first time on Pilot. 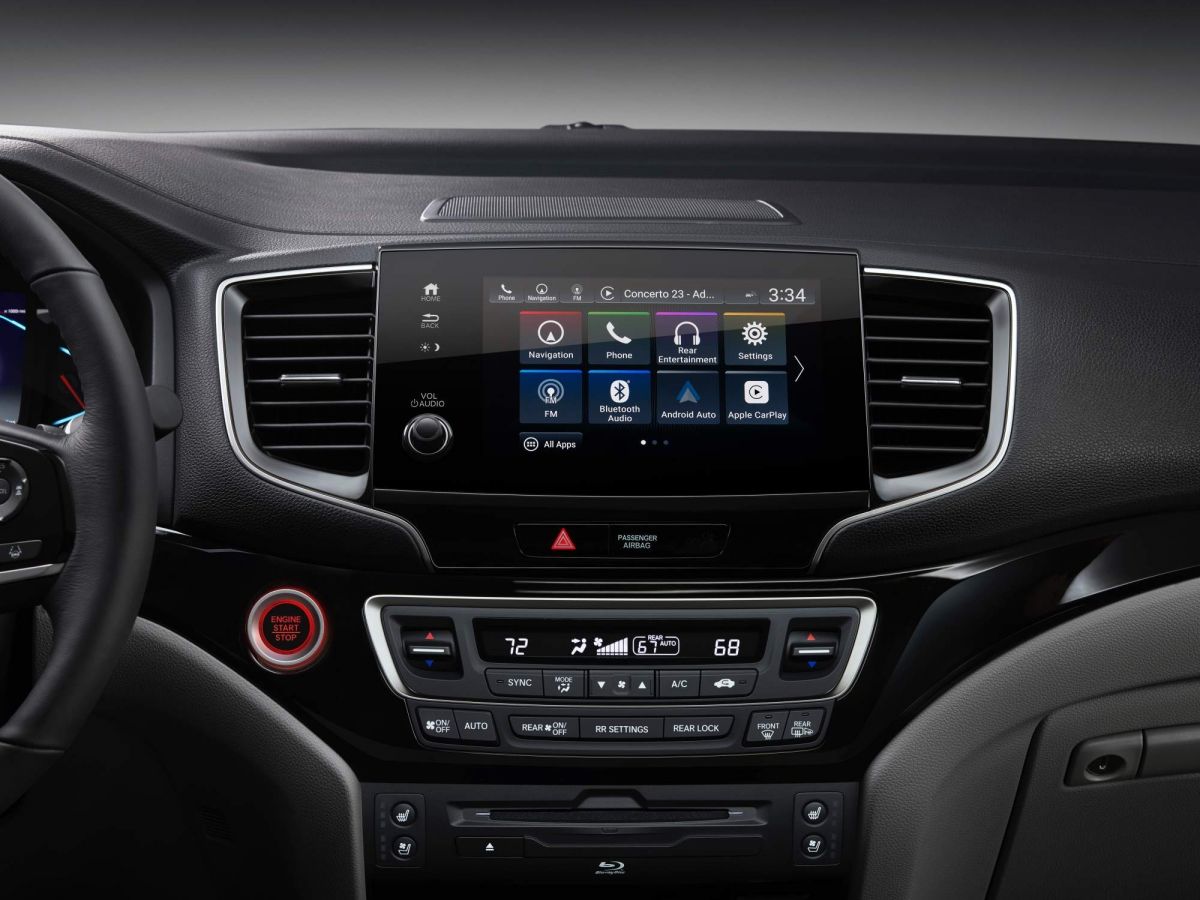 However, most of the changes take place in the technology department, with the 2019 Pilot offering an all-new available 8-inch Display Audio infotainment system that runs on Android and brings improved usability, a redesigned instrument cluster with a larger 7-inch TFT screen, wireless smartphone charging, an available updated Rear Entertainment System (RES) with a larger screen and new capabilities, and optional 4G LTE-based Wi-Fi hotspot.

Moving on to the safety front, the good news for 2019 is the fact that all Pilot models come fitted as standard with the Honda Sensing suite of safety and driver-assistive technologies. The pack bundles systems such as the Collision Mitigation Braking System (CMBS) with Forward Collision Warning, Road Departure Mitigation (RDM), Lane Keeping Assist System (LKAS), and Adaptive Cruise Control (ACC). Other standard driver-assistive features include automatic high beams and a Multi-Angle Rearview Camera. Furthermore, the Blind Spot Information system (BSI) and Rear Cross Traffic Monitor are now available on more trim levels than before. Finally, the 2019 Honda Pilot brings some powertrain updates including refinements to the 9-speed automatic transmission (available on Touring and Elite models) for enhanced drivability and smoother shifts, and an upgraded Idle Stop system that is said to provide quicker restarts and more seamless operation. READ MORE: Here's our top 10 three-row midsize SUVs you can buy in the United States