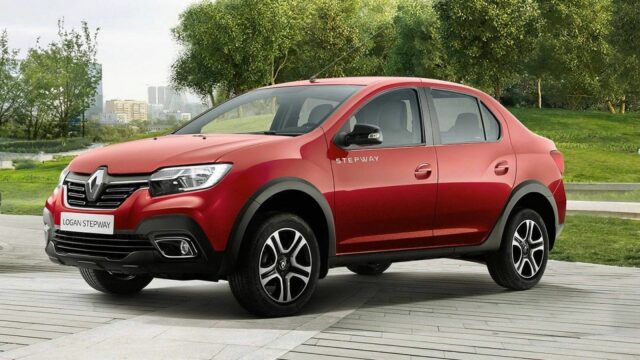 Bad news, James May: you can’t have one

Renault just presented to the world a rugged version of the Logan, called Stepway. It’s available only on the Russian market, where Dacia sells under the Renault badge.

Logan is the latest model to come in Stepway flavor, after the Sandero supermini and the Logan MCV — the latter not being offered in Russia. The Stepway trim usually comes with a bit higher ground clearance and some protective plastic bits on the bumpers and wheel arches, and the Logan makes no exception.

Besides the extra ruggedness, the Logan Stepway’s aesthetics are enhanced with a slightly different face, a silver skid plate, and new wheel design. The cabin gets heated seats, parking sensors, and Apple-, Android-compatible infotainment system as standard equipment over the standard one.

The Logan Stepway’s underpinnings, however, are the same as in the non-lofty version. The familiar 1.5-liter dCi unit comes with a five-speed manual; the gasoline-fed 1.6-liter four-pot is offered in three different states — 82 hp, 102 hp, 113 hp — with the opportunity to match the most powerful version with a CVT automatic ‘box. That, of course, means the Logan Stepway gets to keep its FWD powertrain configuration.

The Renault Logan Stepway will make its debut at the Moscow Motor Show (August 29-September 9, 2018), with orders becoming available immediately after.