But is it safe to say the same about its passengers?

Although the modern warfare implies drones and other remotely-controlled weapons, there are still human soldiers concentrated in theaters of operations. And one of their biggest enemies are the landmines.

As science shows, when it comes to armored military vehicles being blown by landmines, the improvised explosive device’s (IED) lethal part is not the fiery blast but the shockwave that breaks spines and damages blood vessels.

And there seems to be a solution for that, as this rocket-powered contraption shows: to apply an opposite force that eliminates the initial shockwave. Here’s how it works: an array of 50 solid rocket fuel motors would engage within three milliseconds the sensors under the vehicle detects a blast, counteracting the IED’s acceleration forces with an opposite, equal force.

As the clip shows, the vehicle’s condition after the explosion is impressively good considering a 6-kilogram mine just went off under it.

There are, however, some questions to be answered: does the crush sensors under the vehicle can also measure an explosion’s force? If the answer is no, then is the car sturdy enough sustain the pushing down force of the rocket system?

It may not be perfected, but even so, it grants you an extra chance of surviving an explosion. This idea is (pun intended) a blast! 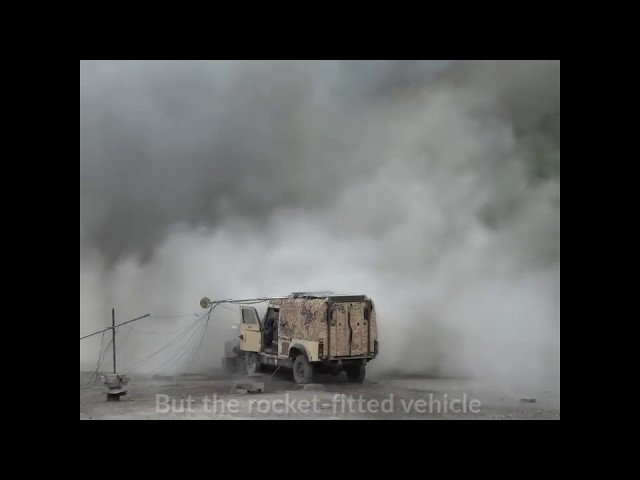 While we're at it, check this opulent fort-on-wheels out! Or, even better, this €1.4 million Maybach Pullman Guard!