A battle for the ages

For hardcore BMW fans, the video below should be a straightforward example of evolution taking its course.

Carwow pitted four generations of the M3 on the drag strip to see which is quickest - there's the E30 Roberto Ravaglia limited edition, the E46 CSL, the E92 GTS, and the latest F80 CS. 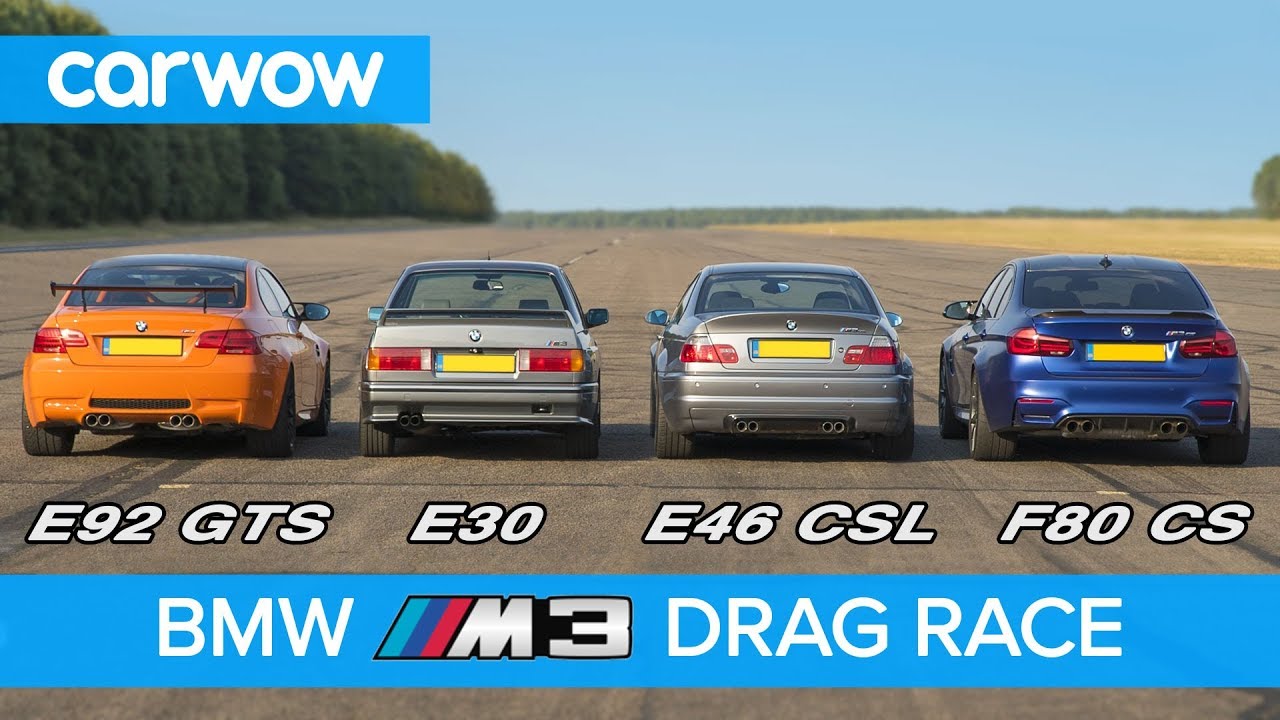