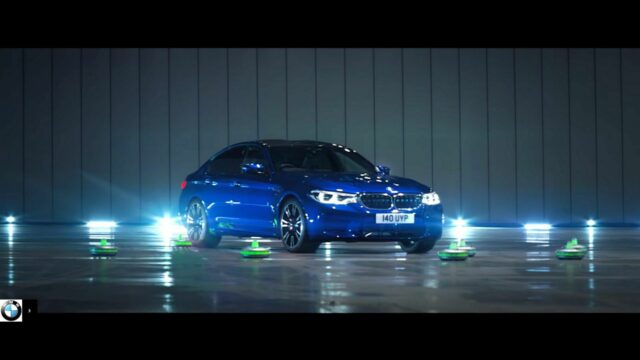 Somebody at BMW really loves ballet. Case in point: replace the ballerinas with some remote-controlled traffic cones and let the show begin!

The 2018 BMW M5 is a heavy car, better for going at high speeds on the Autobahn, or doing all sorts of illegal things on winding roads. But on the track… well, it's extremely fast, though still not as fun as a BMW M3. Or an M4.

Nonetheless, it's still a very agile car, especially because of its M xDrive, so somebody thought of making a BMW M5 dance on an ever-changing track, full of moving luminous traffic cones. The result would have made Nureyev proud.

The guys at BMW M5 even have a behind-the-scenes video, in case you wondered if the cones were CGI. They weren't. So, there you have it, the BMW M5 is the new Nutcracker.

SEE MORE: The evolution of the BMW M5 through the years