It's the most powerful Škoda ever

The most potent Škoda ever created is getting ready for its public debut, scheduled for the 2018 Paris Motor Show; a “Revelation” teaser video was published the ŠKODA YouTube channel.

Already specialized in describing its videos, Škoda shares with us what’s shown in the video: an SUV painted in Race Blue, featuring LED headlights, a Dynamic Sound Boost system (which amplifies the engine sound depending on the selected drive mode) and a “Virtual Cockpit in a carbon optic.” Despite being a large, roomy vehicle, the Škoda Kodiaq RS tries to lure clientele from other areas as well. You’d think, being an SUV, it’ll focus on off-road capabilities. No. There is a Scout version of Kodiaq if you like your on-road SUV a bit more rugged-looking. Škoda went crazy instead, throwing the Kodiaq on the Nürburgring where, in the expert hands of Sabine Schmitz, the diesel-powered SUV landed a lap time record for a particular niche: 7-seat SUVs. The time was 9 minutes and 29.84 seconds. The Kodiaq SUV runs a 2.0-liter bi-turbodiesel inline-four worth 236 hp (176 kW) and, most likely, 500 Nm (369 lb-ft) of torque. 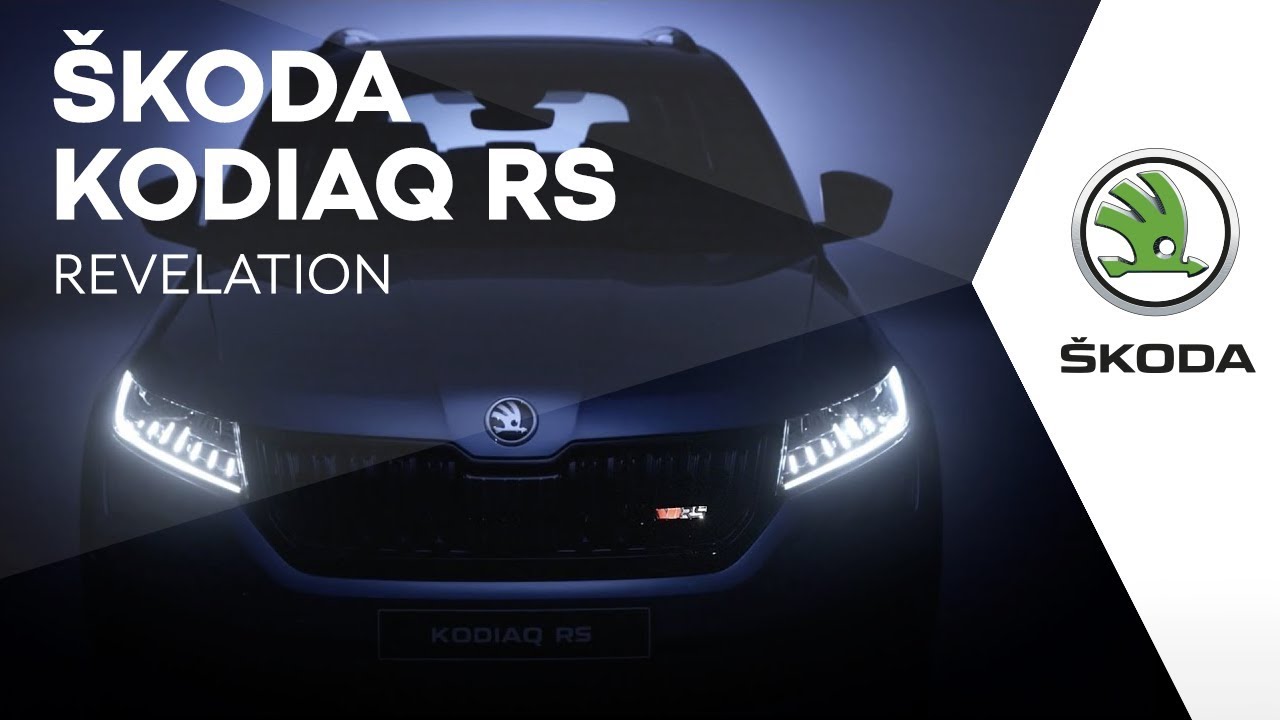 SEE MORE: This could be the new Seat Tarraco seven-seater SUV